You are here: Home / Uncategorized / Lets get recording! 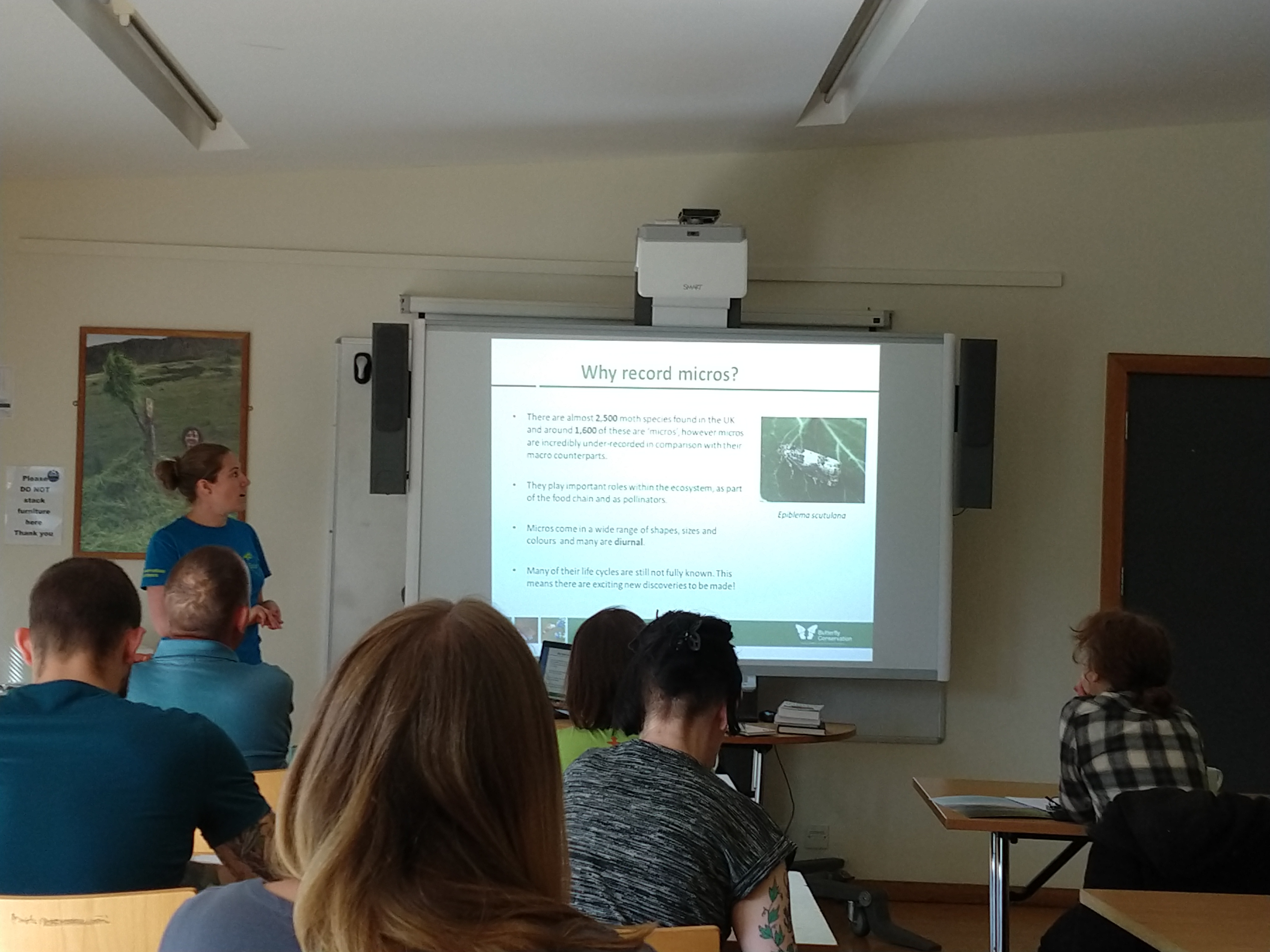 As part of my project I’ve been working to get more people interested in micro-moths and in recording them. One way of achieving this was to arrange 3 events aimed at encouraging existing moth recorders and enthusiasts to take note of micro species. The first event was held in August at Holyrood Park in the centre of Edinburgh, a site managed by Historic Environment Scotland, where we were hosted by the Conservation Ranger. We began with a brief indoors session where I introduced the basics of recording and a few tips on where to start when trying to identify micro-moths. 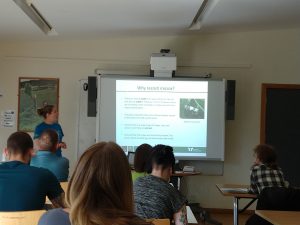 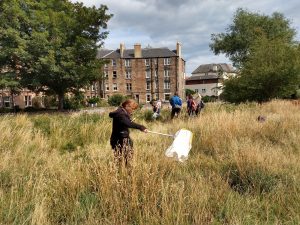 Then we headed outdoors to see what we could find in the park using sweep nets. We were able to spot a few species of micro-moths flying, including a lovely Yarrow Plume (Gillmeria pallidactyla) and lots of creamy Udea lutealis fluttering in the meadows 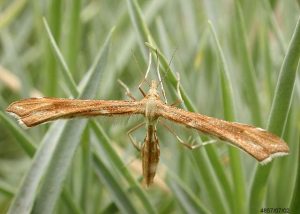 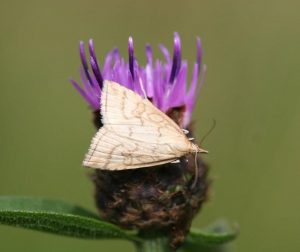 The second event was spent with a group in an area of mixed woodland near the village of Kincraig in the Cairngorms. This time we were joined by Dr Mark Young who shared his expertise in identifying micro-moth species from their leaf-mines. We spent most of the day collecting specimens which we then took back to the local hall to work though as a group, identifying the species we’d found. Mark shared some great tips on what to look out for and how to identify each different mine using a combination of plants species along with the shape and size of the mine itself. Many leaf-miners are very specific to a particular food plant and the mines themselves are often distinctive in shape and style making them a great way to look for micro-moths, especially in the cooler months when there are less species on the wing. They also have the added bonus of being static so are much easier to catch! 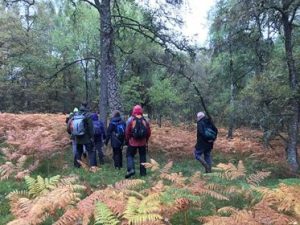 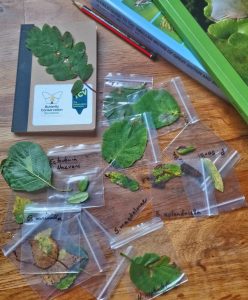 Finally was a weekend spent recording moths in Cashel Forest by Loch Lomond on a site owned by the Royal Scottish Forestry Society. Several moth traps were set up overnight in the oak woods and a there were some lovely autumnal moths waiting for us in the morning- despite a fairly chilly wind through the night. PICS After looking through the traps we headed up the tracks to look for more micro species. Larval leaf-mines and feeding signs were once again the main evidence we were looking for and we found a good selection of different species to identify. 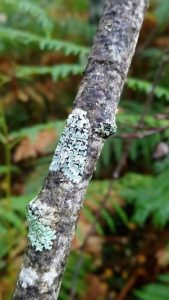 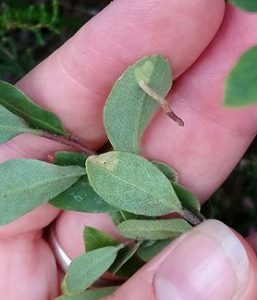 While all this has been going on the tiny Vapourer moth caterpillars that were hatched from eggs grew into large and  spectacular caterpillars, before weaving silk cocoons and pupating. They emerged a few weeks later- one male and two flightless females. These unusual looking females remain on their cocoon and ‘call’ for males by releasing pheromones. After mating they lay their eggs on the outside of their empty cocoon and the whole cycle begins again. The picture here shows the eggs laid by a female after being visited by a wild male. The eggs have now been returned to the site where the original batch was collected. 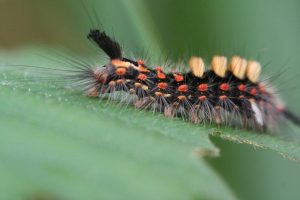 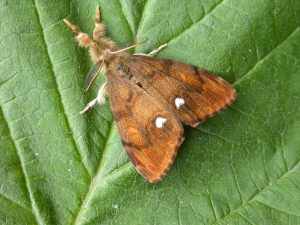 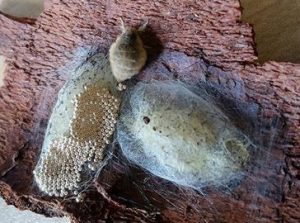 Watch this space, or you can catch me on Twitter too: @catofthewoods.

Thanks as always to TCV and Esmee Fairburn Foundation for this fantastic opportunity and to Butterfly Conservation for having me!