You are here: Home / Uncategorized / And now, for something completely different… 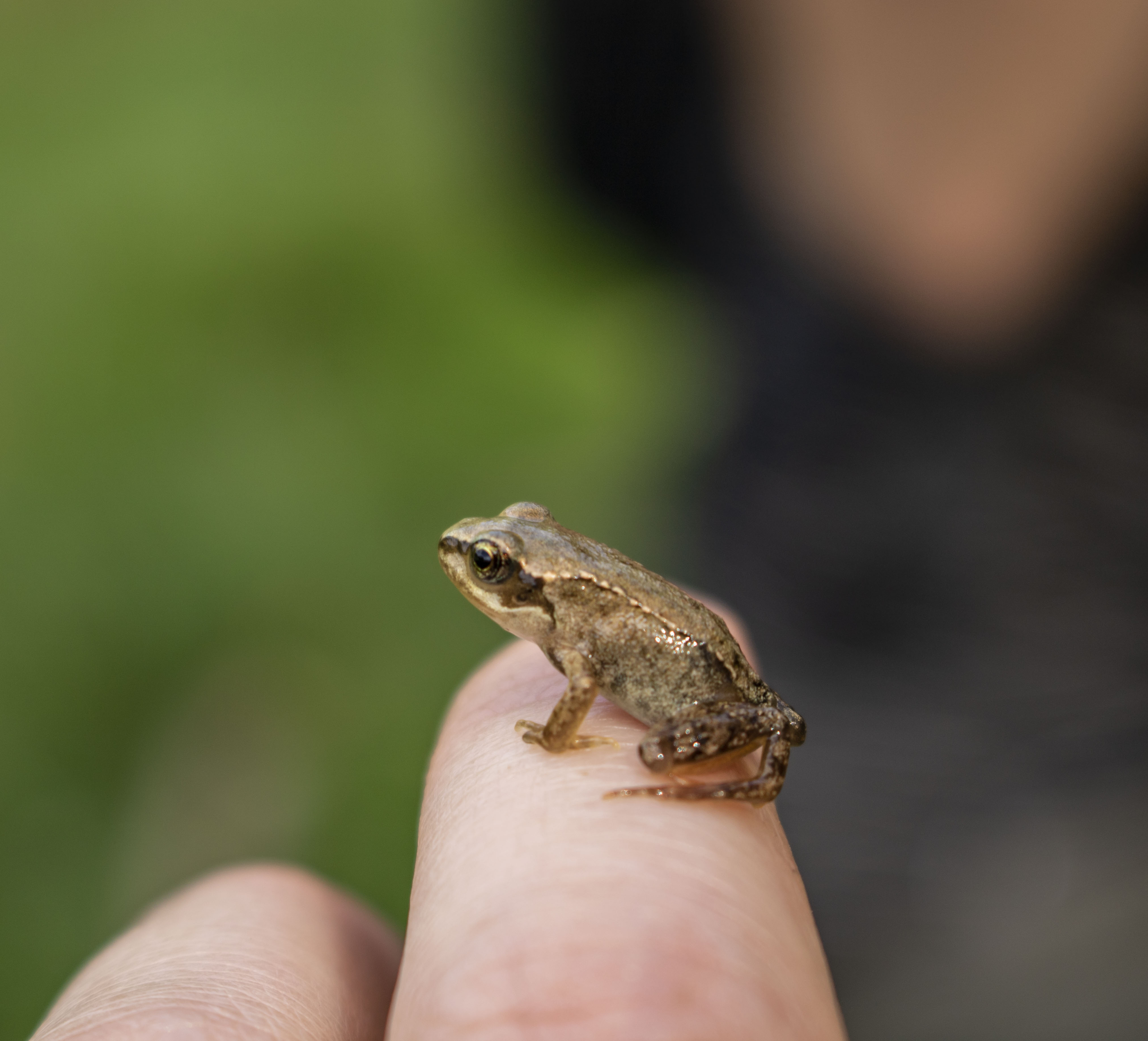 At the beginning of August, I took a spur of the moment decision to go on an adventure down south for a week-long wild skills course at FSC Preston Montford. The course was being run as part of a collaborative ‘Growing Confidence’ project by FSC and Shropshire Wildlife Trust, which aims to help young people gain knowledge of local wildlife and environmental skills. Since I was just young enough to fit into the ‘young people’ age bracket I thought it would be a good opportunity to do something different and get away for a few days, so off I went! 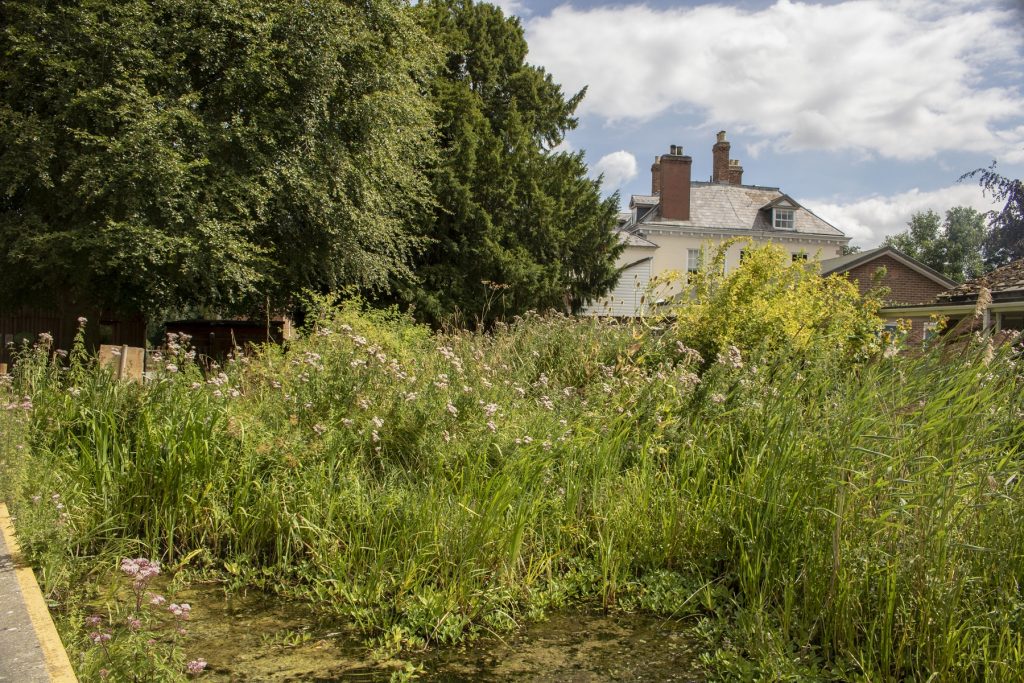 The first day was very pleasant and relaxed, with introductions to the course leaders and the rest of the participants followed by a tour of the various habitats around the field centre and some citizen science activities. Our team was a small but diverse bunch of enthusiastic people of various ages and backgrounds; people still at or just finishing school, recent university graduates and then myself and fellow NT trainee Conor who I’d managed to persuade to come along too!

Our first activity for the morning was carrying out the OPAL biodiversity survey on the hedgerows next to the field centre. It was a great way to get us thinking about what makes a diverse and healthy habitat and combined learning about both plant species and wildlife.

In the afternoon we took a wander around the field centre practicing catching, identifying and recording butterflies and then returned to the pond to do some dipping for invertebrates. We spent a while admiring the various creatures we had found; darting mayfly larvae, tiny snails, water boatmen, bloodworms and the like, as well as lots of tiny froglets (which we had to very careful not to stand on) and some beautiful dragonflies which were whizzing around us. 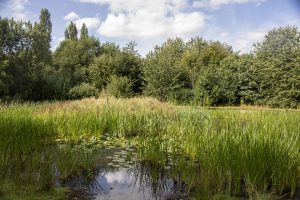 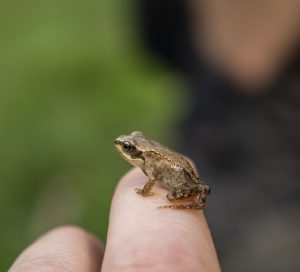 In the evening, armed with binoculars and various bird books, we took a trip in the minibus to a local nature reserve, Venus Pools, for a spot of birdwatching. We spent a couple of hours sitting in the bird hide overlooking the wetland , happily watching greylag and barnacle geese waddling around, various waders such as curlews, redshanks and sandpipers prodding their beaks into the mud in search of food, ducks quacking and flapping around and even a cormorant made an appearance.

After a pretty chilled first day, the days which followed were rather more action-packed! Day two began with meeting a local lepidopterist who helped us identify the abundance of moths in the trap which had been put out the night before. 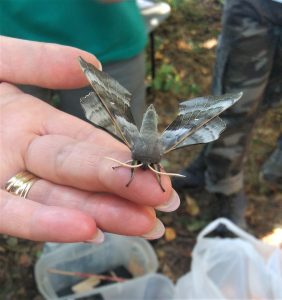 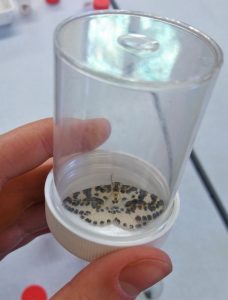 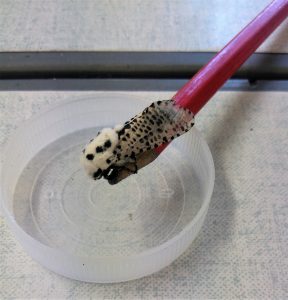 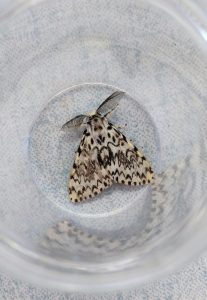 The rest of the morning and afternoon was spent getting stuck into some practical work in the glorious (but very hot) sunshine. We were teamed up with a regular volunteer group from the Shropshire Wildlife Trust to dig out and plant a mini herb and wildflower garden next to the house. Once the ground was prepared, planted and sufficiently watered we took some relief in the shade and got crafty, painting logs to decorate the border of the garden! Everyone picked something different to paint, from butterflies to birds; I went with my favourite bumblebee – the adorable Tree bumblebee. 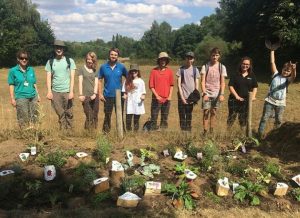 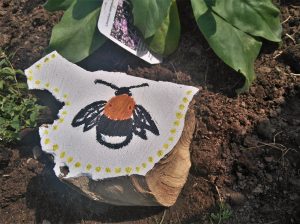 Having rested up after our hard work, we gathered again in the evening to learn about and look for bats! A woman from the Bat Conservation Trust came to speak to us about the different UK species and the work she does with them, then, once it was just turning dark, we went in search of the nocturnal creatures with our bat detectors. We managed to hear, and see, and good few species including Soprano pipistrelle, Daubentons and Noctule.

By sheer coincidence, the next morning one of the other participants found a dead bat in his garden! He brought it in and the woman from Bat Conservation was able to tell us it was a Brown long-eared bat and she took it away to keep as a specimen for educational purposes. I did feel sorry for the poor thing, but it was a great opportunity to see a bat up-close!! 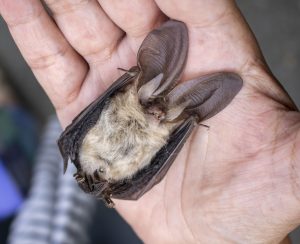 The third day was a real adventure and a chance for me to do something totally different as we went canoeing down the river Severn! It was an absolutely beautiful day and the river was so peaceful as we slowly paddled along surrounded by Banded demoiselles fluttering over the surface of the water. Being in the three-person canoe rather than just the two, like the rest of the team were, was rather tricky though and it took us quite a while to coordinate our paddling and steering – so much so that we nearly crashed into a herd of cows which were drinking at the edge of the river! But we made the journey unscathed and nobody capsized, so all in all it was a success! 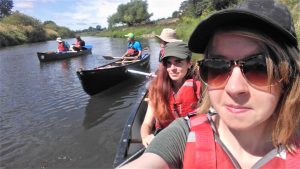 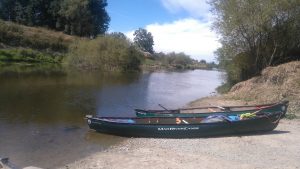 Our evening escapade was again in search of mammals, but this time we were looking at the ground rather than the sky. Firstly, we were introduced to the common species of small mammals found in the area and then were shown how to set small mammal traps. We took a few traps each and set them in different habitats next to the field centre to be left overnight. We then made our way to a nearby badger set in the hope of catching a glimpse of one. We sat silently among the trees for an hour or so as it got dark, but sadly we didn’t manage to see anything. There was definitely a badger about though as we could hear it snuffling around not far away – we just couldn’t see it!

Back to investigate our mammal traps the next morning we found that most were empty except a few. We had managed to lure in a wood mouse, bank vole and an adorable pygmy shrew! We then went back to the badger set to have a look at it in daylight and search for badger signs. The set was very old and absolutely huge, with various different entrance tunnels. It didn’t seem to be used very frequently anymore, but we did find a few footprints and badger hairs. 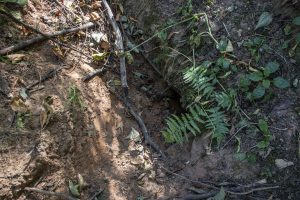 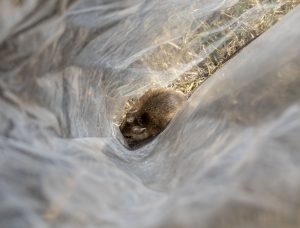 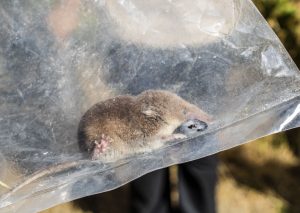 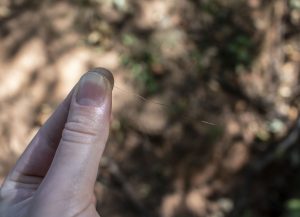 In the afternoon we met up with a local entomologist and bee enthusiast and took a trip to the Stiperstones National Nature Reserve. We spent a while looking for Bilberry bumblebees in the heathland and solitary bees which were nesting in abundance on the sandy parts of the footpath. As we made our way up with hill we also stopped a couple of times for some storytelling to learn about the folklore of the area which was really interesting! On the way back to the field centre we also stopped off at another wetland sight and had a brief look for some dragon and damselflies. 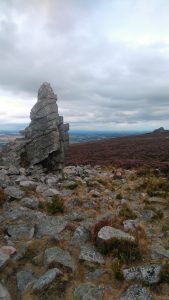 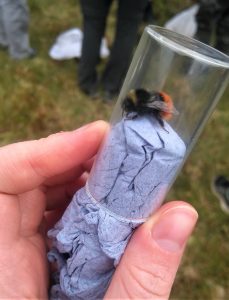 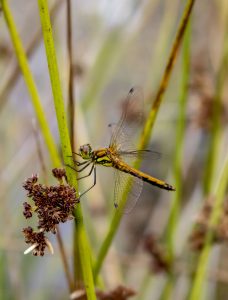 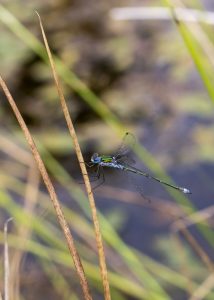 Our final evening was a bit of a jolly as we lit a campfire, toasted marshmallows and played some silly games.

And suddenly it was our last day! Something very different again, we were introduced to green woodworking – creating spoons and spatulas out of willow. It was great fun and actually very relaxing to sit and carve bits of wood, but unfortunately I wasn’t very good at it and my ‘spatula’ looked pretty awful, not gonna lie.. if I’d had more time to perfect it, it might have been okay!

The afternoon was a short session as everyone had to catch trains home and what not. We had a brief introduction to different methods of fire-lighting, which was lots of fun (who doesn’t love making fire?!) and then ended with practicing our presentation skills, giving very informal short talks to each other on interesting subjects of our choice. Having no idea what to talk about at first, I decided to go with the fun topic of my favourite animal: the sloth. Because sloths are awesome.

And then, it was the long journey home and back to normality. I had a really great time over the five days and it was great experience lots of different things, some familiar and some brand new! Thank you to FSC Preston Montford and Shropshire Wildlife Trust for a great week! 🙂