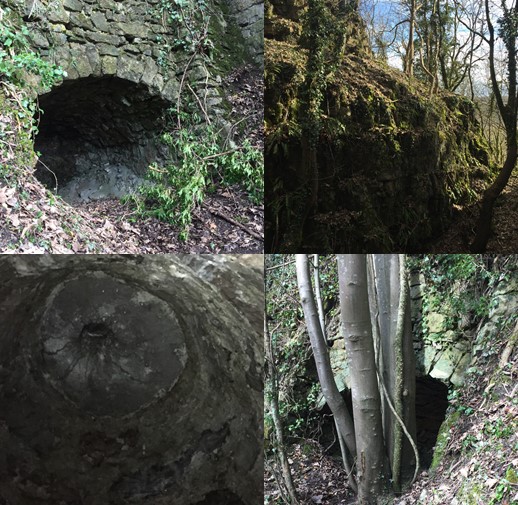 I thought I’d let you know what I was up to in March. It was a bit of an odd month, this winter seems to be never ending here and we had yet more snow on Easter weekend BUT it was actually sunny yesterday and I saw a chiffchaff the other day so Spring must be on it’s way now, right?!  It’s still not been that great for spidering, most that I’ve found are still juveniles so it’s super tricky/not possible to identify them. This has not stopped me though and whilst waiting for the weather to improve we have been on some fine adventures, both underground and overground.

At the start of the month we decided to go on  quest to find cave spiders. I’m sure the thought of cave spiders to most people will send a shiver down their spines. Granted, they are quite a large species that like to live in caves, mines, sewers, cellars, hollow trees, railway tunnels and other such creepy places but they’re not trying to ambush you in the darkess. They’re actually very shy and gentle creates, they don’t like daylight and they’re just after some peace and quiet. Due to their habitat preferences, they’re under recorded so we don’t know that much about them. Our first adventure was to an old quarry in Llynclys. Cave spiders had previously been recorded near the site, but we figured that if they’re found there then they must be in other sites near-by. So we spent the day in the grounds surrounding a lime-stone quarry, full of damp, dark lime kilns and caves. Our day wasn’t looking promising to start with, we’d searched in all of the lime kilns and tunnels but found nothing – not even any other spiders! 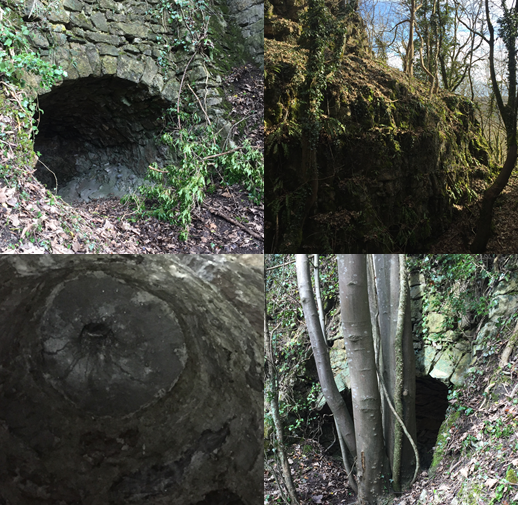 By around 2pm we decided to have a quick lunch break so headed up the hill towards the viewing point, when we walked past what seemed to be a small hole in the rock. Nigel, Shropshire’s very own Spiderman, couldn’t resist so as the others walked off we had a quick look with the torch – it didn’t look like much to begin with, then we both went into the hole and realised that the hole led to a cave. BINGO! The roof of the cave was covered in what can only be described as hanging ping pong balls (their egg sacs). 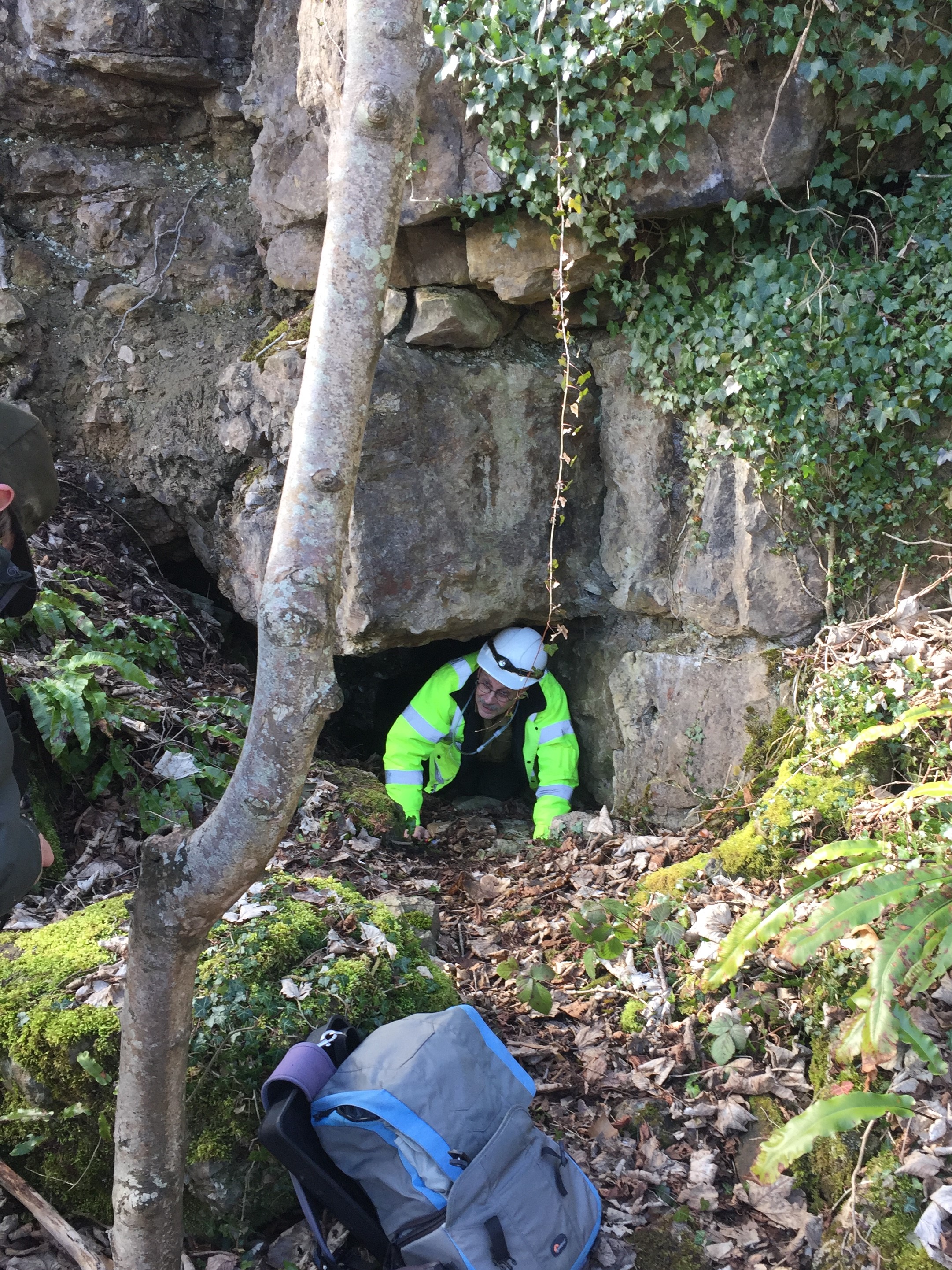 This is what a cave spider’s dream home looks like, lovely and cosy. 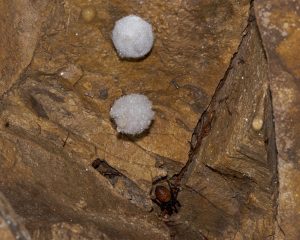 Cave spider (M. menardi) and her eggs (Photo taken by David Williams from the Joy of Wildlife group). 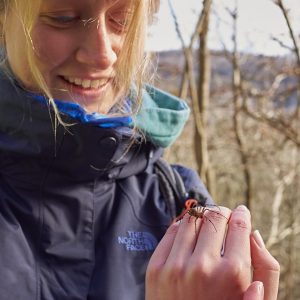 They don’t move very fast so Nigel managed to collect a female from the cave to check which species it was (M. menardi). There is another, rarer species (M. bourneti) which is only found in a handful of sites in the UK.

We continued with our underground adventures, this time we opted for some big dark holes instead of caves. We visited some old ice houses in Apley wood. You’d think this would be perfect for the cave spiders too – a big damp, undisturbed hole. Apparently not, but in this case I think it was far too spacious and dry for the cave spiders – or just not creepy enough?! All we found during our ice house adventure was a slug and some old pennies. 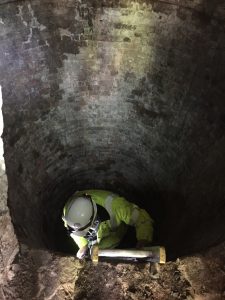 Yet another dark, damp abode that wasn’t suitable for a cave spiders needs.

After our unsuccessful underground trip, we thought that on our next adventure we took to the skies instead. This wasn’t really to look for spiders but more of a “because we can” sort of thing. Bob, from the Joy of Wildlife group, loves a gadget so he bought his drone along so we could have a look around to see if there were any interesting habitats near-by. 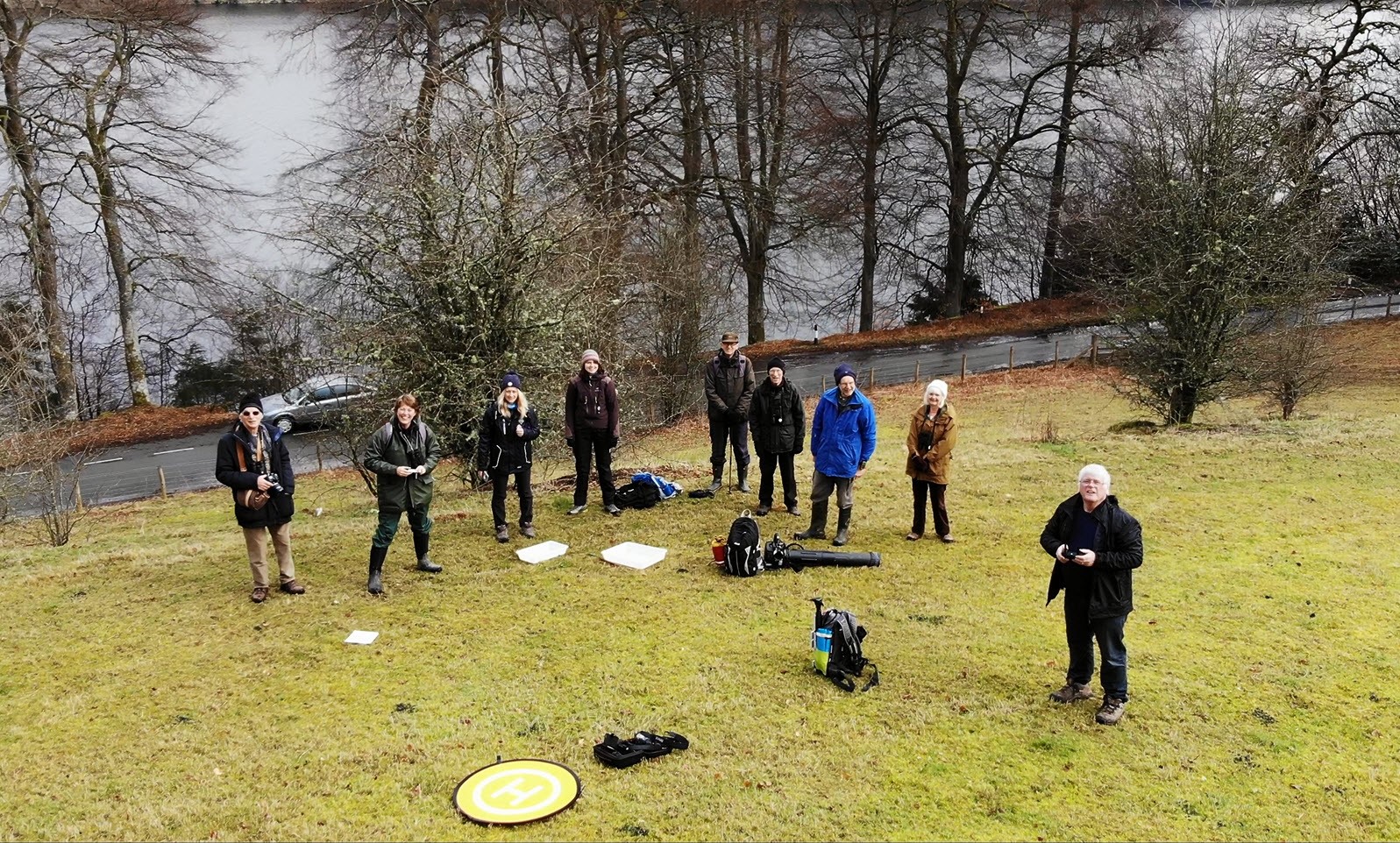 Drone selfie. We had a special guest join us for this outing – can you spot her? (Thanks to Bob Kemp for the photos)

Our overground outing was slightly off-piste, in Mid-Wales rather than Shropshire but we had a good reason for it – we went to visit Sue Loughran (the past TCV trainee) at her new workplace, RSPB Lake Vyrnwy. She is loving it there, she’s out in the hills every day tracking birds whilst crusing around in a 4×4! She took us out on a grand tour around the reserve. After we stopped being transfixed by all the amazing birdlife there we headed into the hills to see what invertebrates we could find. Sue and I even managed to persuade a rather handsome by-stander to join in. I think I may employ as my research assistant… 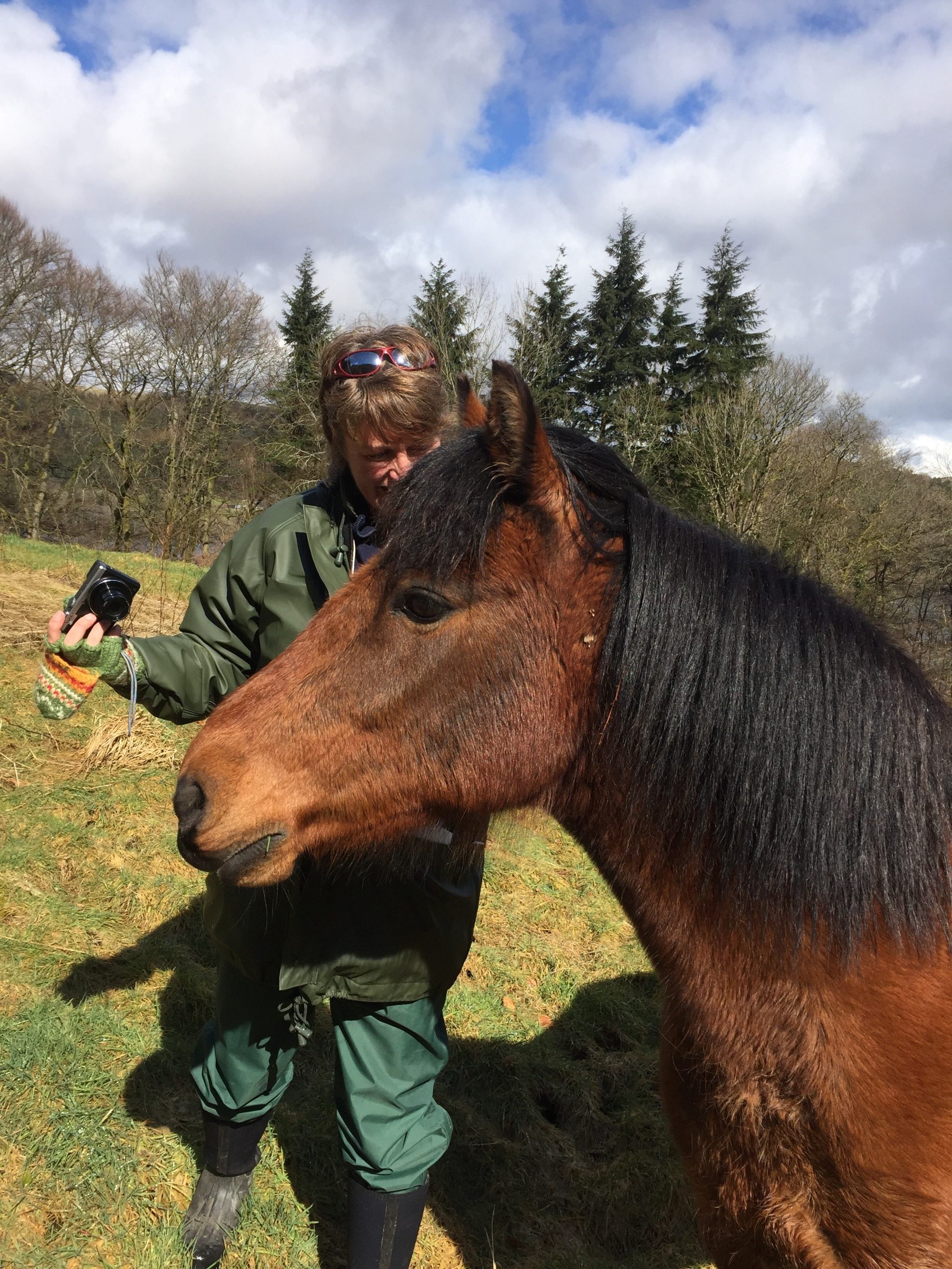 Despite what you may think, in this photo Stanley is not looking for some tasty grass to munch, he was in fact looking for more of the cool wolf spiders I’d found there. Keep up the good work, Stan!

When I haven’t been wombling around, I’ve been trying my best to improve my ID skills so on the rainy and snowy days I’ve been spending lots of time looking down a microscope.  I was also lucky enough to spend a day in the entomology lab at Liverpool World Museum looking at their impressive arachnid collections. I’m definitely getting much better at this now – so hopefully by the time the weather finally warms up and it becomes spider season, I’ll be able to ID everything I come across!

I’ve also been trying to find a way to get more people “into” arachnids, so I am hoping to develop an ID guide for easily identifiable species. My plan is that I can send these out in information packs to various visitor centers so then anyone who’s interested can pick one up and hopefully start identifying and recording the species they come across.  The British Arachnological Society  have a  Spider and Harvestman Recording Scheme up and running already, so I’m hoping that with my information pack I can promote this and get a few more people adding records to their database.

That’s all for now, hopefully April will be full of more weird and wonderful adventures for me to tell you about.

p.s in case you have absolutely no idea what I’m going on about, this is the wombling song