You are here: Home / Uncategorized / A ‘Marvellous’ First Month (and a bit)!

Hello hello! I’m Jo – one of TCV’s Natural Talent recruits for 2018 and the newest member of #TeamSnail at Buglife Scotland. I am super excited to spend the next year working with the wonderful people at Buglife on their HLF-funded Marvellous Mud Snails project based in Stirling.

If you’d like to find out more about me and my background, take a look at my profile on the Natural Talent web page!

Marvellous Mud Snails is a two-year project aiming to raise awareness of the rare Pond Mud Snail (Omphiscola glabra) and their fascinating but vastly over-looked freshwater habitats through a combination of citizen science, public engagement and active learning in schools. I won’t go into too much more detail about the project here as Kirsty, last year’s trainee, has already summed it up perfectly in her own introductory blog!

I have joined the team halfway through the mud snail project and it has been wonderful to see what Kirsty and Ally have achieved over the last year. Already, they have created fantastic educational resources and have been delivering exciting sessions on freshwater invertebrates in local primary schools, as well as getting schools involved in the captive breeding programme for the snails. They have also been busy surveying and have discovered two additional sites, bringing the total number of known locations for the pond mud snail from five up to seven in the whole of Scotland. 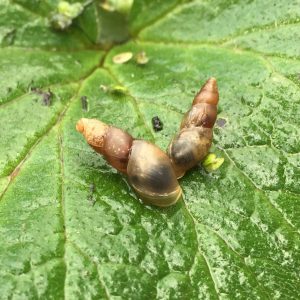 Moving forward, we will be continuing to work with more schools and developing our education sessions further, whilst checking in with our current snail carers  to make sure they are healthy and having babies! We will be surveying and creating habitat management plans for all seven pond mud snail sites and also creating new habitats where, hopefully, we will be releasing our newly-bred populations later on in the year! Exciting stuff.

My first experiences as a trainee!

My first few weeks have been a whirlwind of meeting new faces, visiting different sites and schools and desperately trying to absorb as much information as my brain could possibly handle! It all felt a bit overwhelming at first but I have enjoyed every minute so far and it feels like things are finally starting to sink in.

After a long first week of inductions in the Stirling office with the other new trainees, settling in to my Buglife office and doing a lot of background reading, I got to go out on my first school visit with Kirsty and Ally to see how a school session is run. It was great to see how they managed to get the kids so engaged and enthusiastic about pond mud snails and other freshwater species through different activities (I took the easy job of manning the word search station). I hope I can do as good a job when the time comes to do my own sessions – which I think will be quite soon! 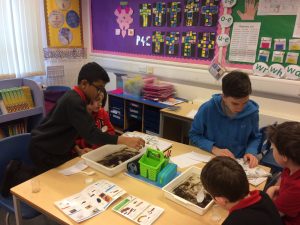 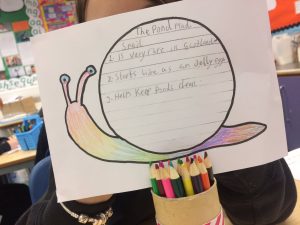 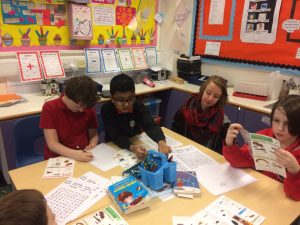 My second week also saw me getting out and about to visit my first mud snail site in Falkirk for a habitat survey and my first day out with TCV at Flanders Moss.

On arrival at the Falkirk site it was easy to see why these temporary pool habitats are so often ignored – it did just look like a bit of a wet patch in a field! But after a thorough survey with our nets we found there was plenty of life in there including water boatmen, water slaters, caddisfly larvae and quite a few snails. However, after consultation back at the office with Conservation Director and freshwater expert, Craig, it seemed some of the snails we found weren’t actually O.glabra, so we may need to investigate this further… 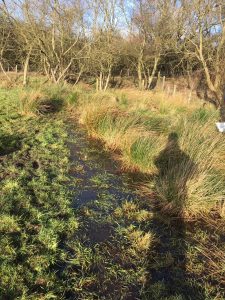 The rather unremarkable-looking pond mud snail pool in Falkirk…

My day with TCV on Flanders Moss was a bit cold and wet but a lot of fun nonetheless! It felt like a bit of an adventure as we precariously picked our way across floating vegetation and areas of welly-trapping mud, but we made it to site relatively unscathed. Armed with loppers and saws we managed to remove quite a large area of pine scrub from the bog, spotting lots of hairy caterpillars and even a Hen Harrier along the way. The highlight of the day, though, was getting to ride in the back of a truck at the end of the day and admire this beautiful view! 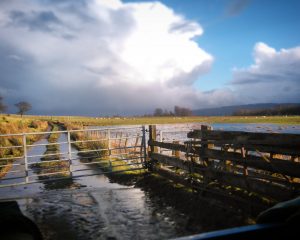 The sun only came out as we were leaving, of course…

Week three was fairly quiet; I spent most of my time in the office doing more reading and getting far too excited while looking at the amazing range of training courses which I’ll have the chance to go on throughout the year! I’ve already booked on to a few and I cannot wait.

Week four started off with meeting even more new faces at the TCV Glasgow team meeting. It was a great opportunity to hear about lots of other projects, hear everyone sharing their ideas and get a feel for what I might be able to get involved in later on.

Back on the mud snail front, I went along to another introductory school session, this time at West Linton Primary with a class of fantastically keen kids, and also got to attend my first external event as part of Buglife at the IFLI Source to Resource conference in Alloa. There were loads of interesting talks and workshops on biological recording and #TeamSnail had our own display about the project and ran a brief pond dipping session. 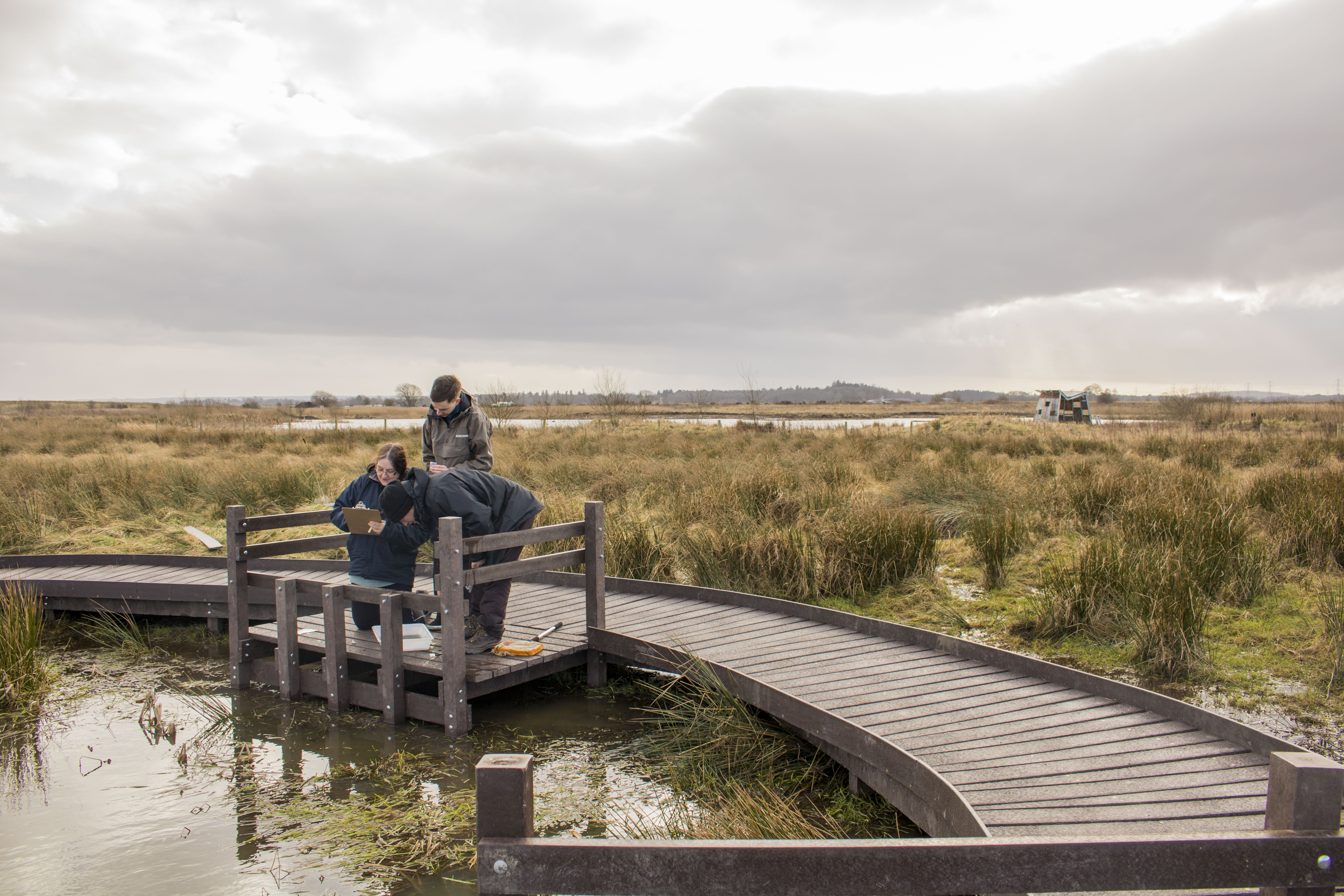 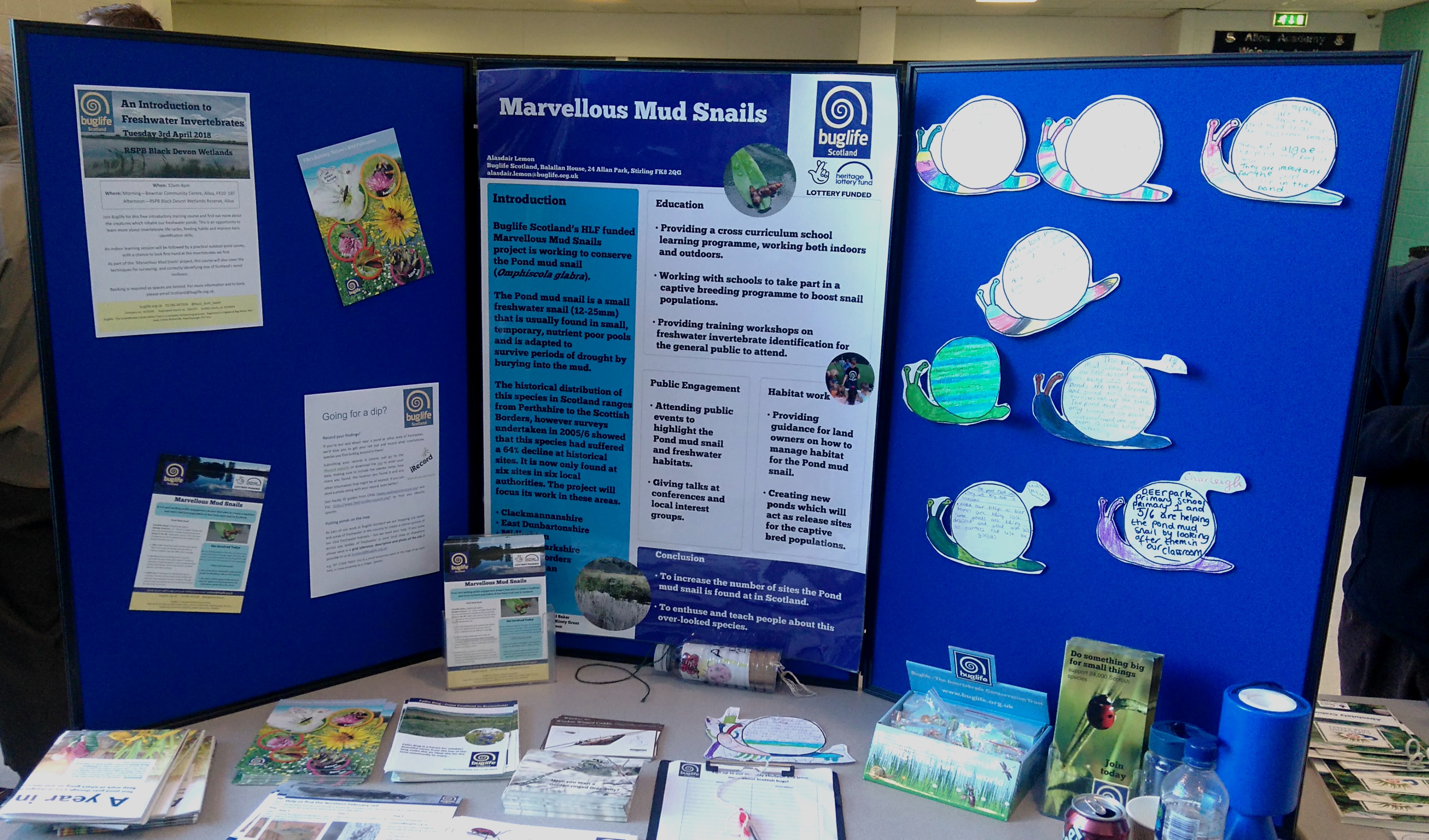 Our Marvellous Mud Snail display at the conference! 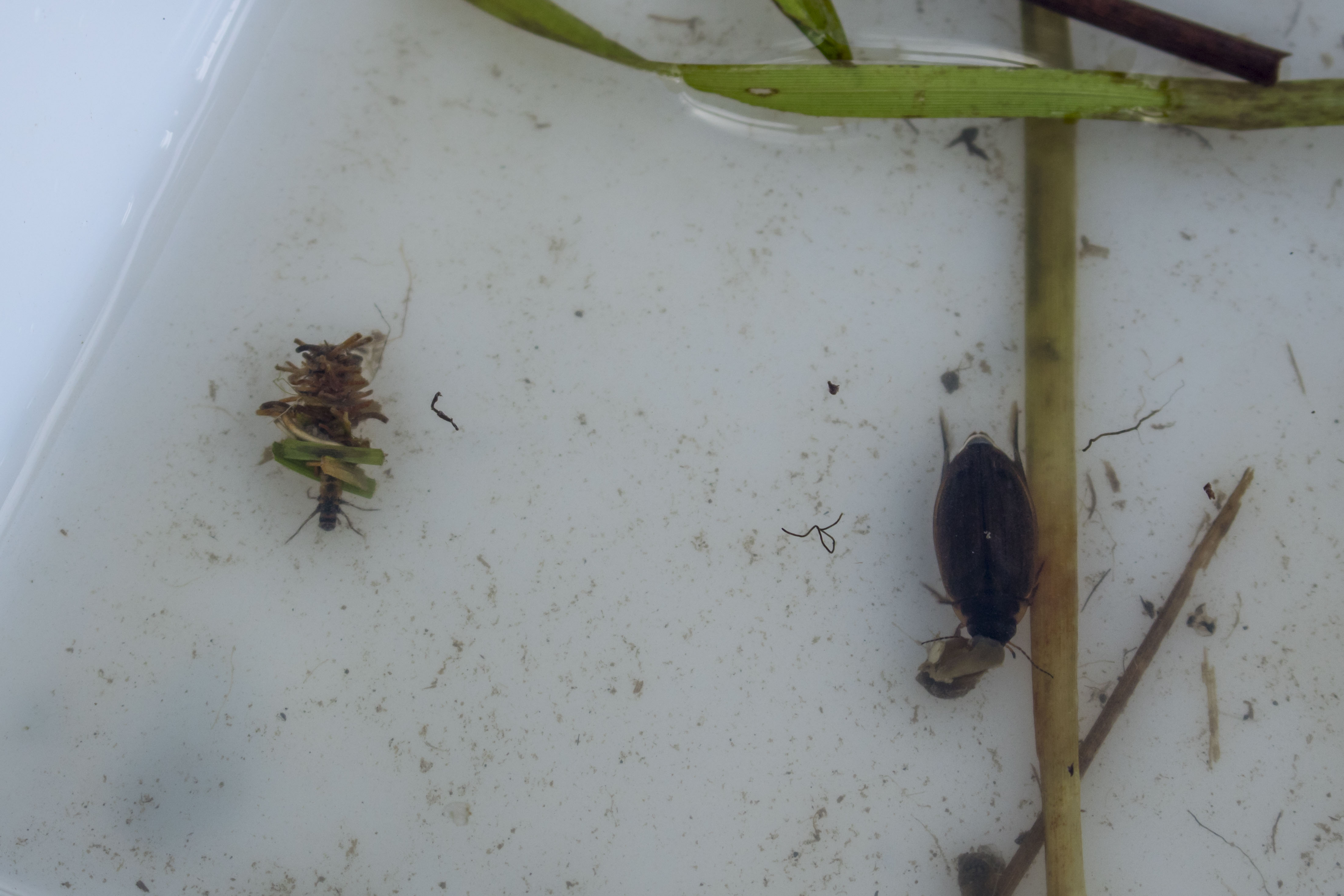 Caddisfly larva and diving beetle found during the pond dip!

Another fantastic event was the TCV Natural Talent showcase in Edinburgh Botanic Gardens, organised by last year’s trainees to showcase all their amazing work. It was so interesting to hear about each unique traineeship and what they have all achieved over the year, as well as hearing the stories of previous trainees like our Buglife Scotland manager Suzie and how far they have come! It was really quite an inspirational day and has filled me with excitement about what the year ahead holds for me. 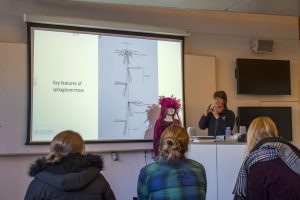 Aroa and Sue demonstrating the structure of moss… 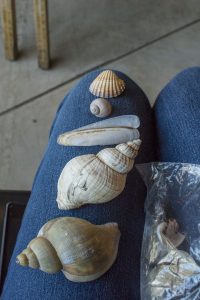 Identifying shells from the Mudflats project! 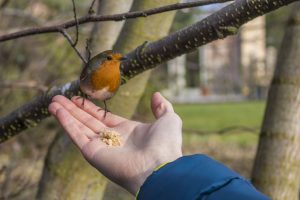 This Robin stole the show during Kirsty’s pond dip session.. 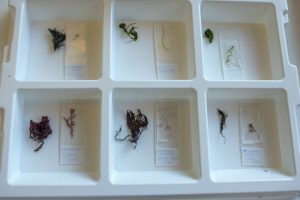 A highlight of last week for me was yet another trip to Edinburgh as I got to visit the National Museums Collections Centre to view their incredible entomological and freshwater specimens. The sheer volume of their collections was just mind-boggling – I could have spent days looking through all the drawers of beautiful bugs! 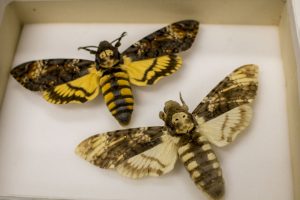 Death’s-head Hawkmoth (Acherontia) specimens, one with fading due to over-exposure to light. 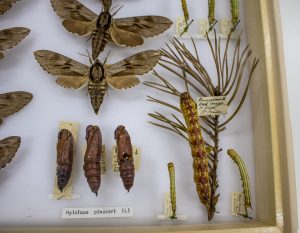 And now, for something completely different… our Marvellous Mud Snails are going to be on tv! Last week BBC Countryfile came to film a piece about our project, which was very exciting. Unfortunately, I don’t get to feature in it much – since Kirsty and Ally have been working on the project it made the most sense to film them rather than me!– but it was really interesting to be there and get an insight into the process of television-making; it’s a lot more complicated than you think! The team from the BBC were a great laugh and we all had a really fun day, including the primary 5 class from Bridgend primary who were super excited to be on television. The programme airs on Mother’s Day – see if you can spot me in the background…

Finally, I had a lovely end to the month at TCV’s Path of Possibilities opening event at Auchengillan Outdoor centre, where I ran my first pond dipping session! The site is mostly used by local Scout groups, including Glasgow’s Disabled Scouts who were involved in the design of the wheelchair-accessible path. It was an absolutely beautiful sunny day and everyone had a fantastic time investigating the pond creatures, as well as joining in lots of other activities like clay art, bird-watching and fire-cooking. Thank you to Conor – new Edinburgh lichen and seaweed trainee – for helping me out and making the pond dip a success! 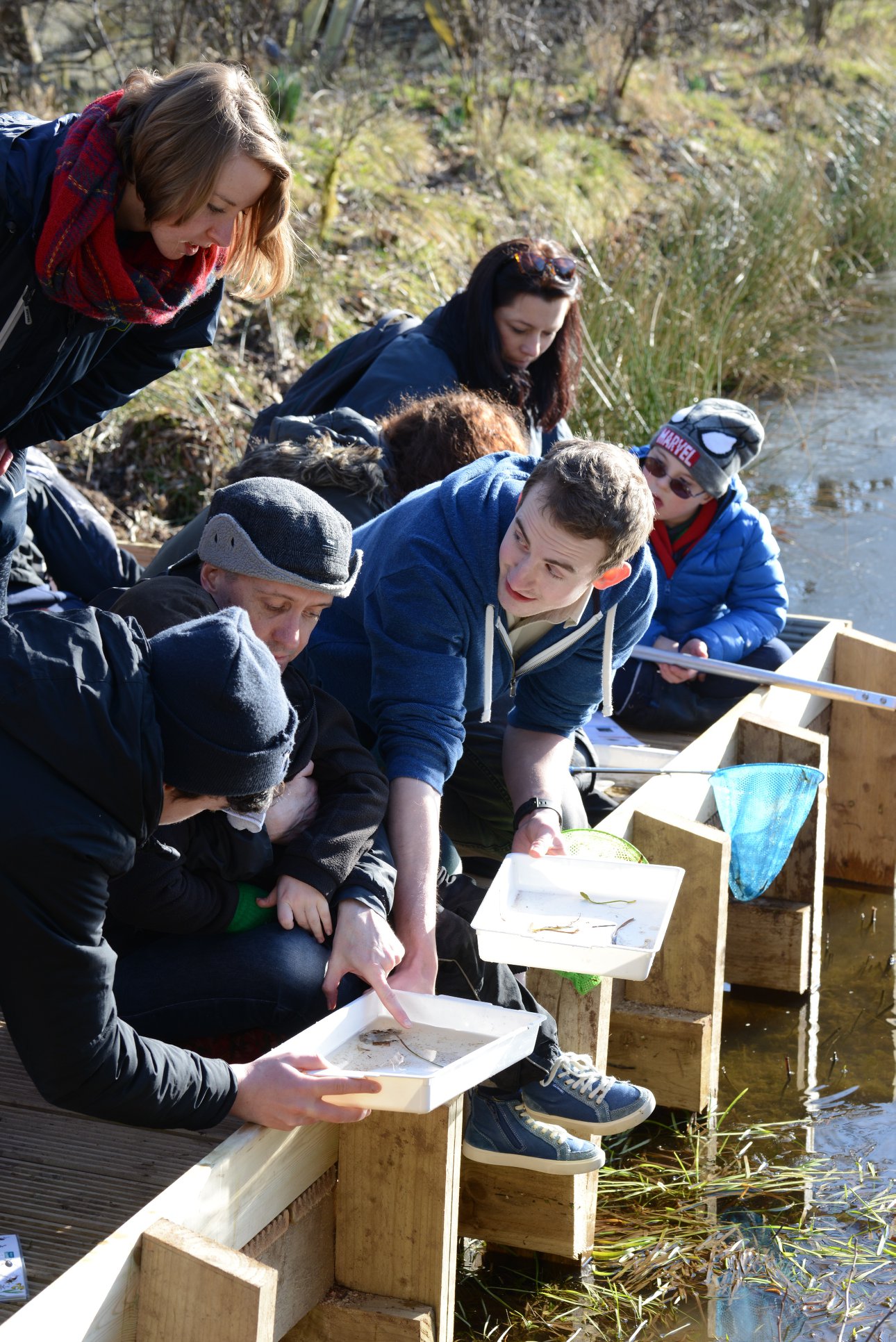 Everyone getting stuck into pond life! ©TCV Scotland 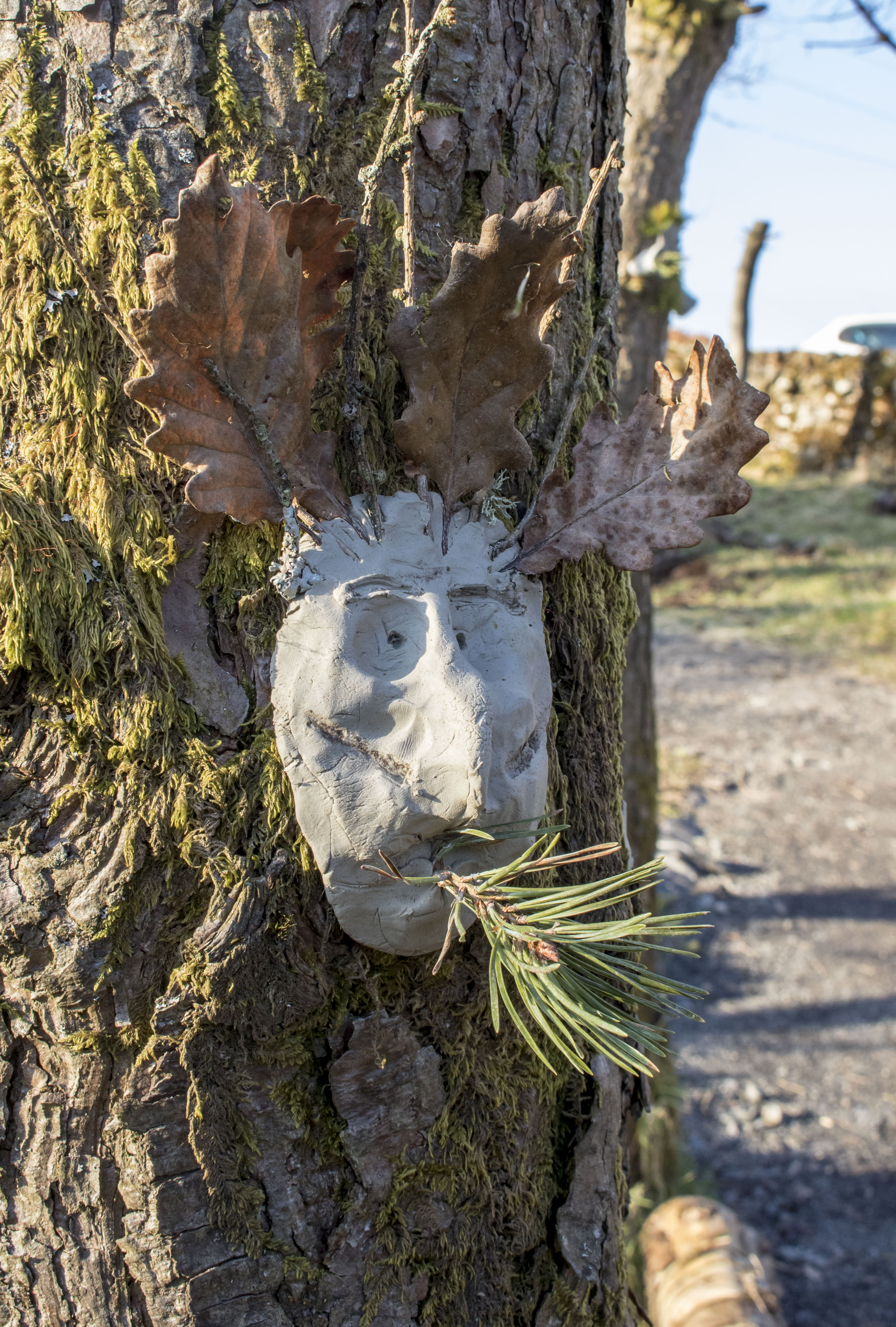 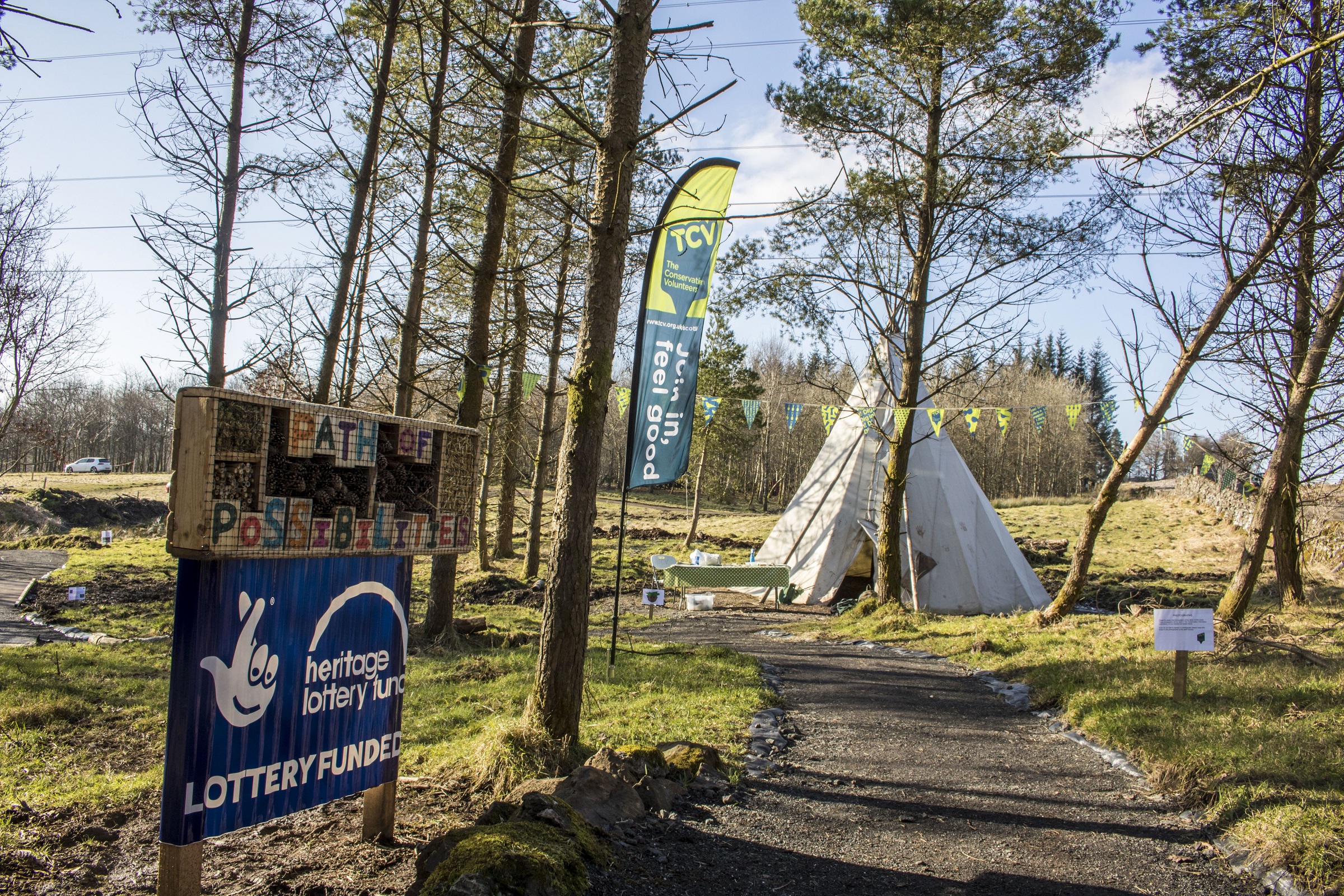 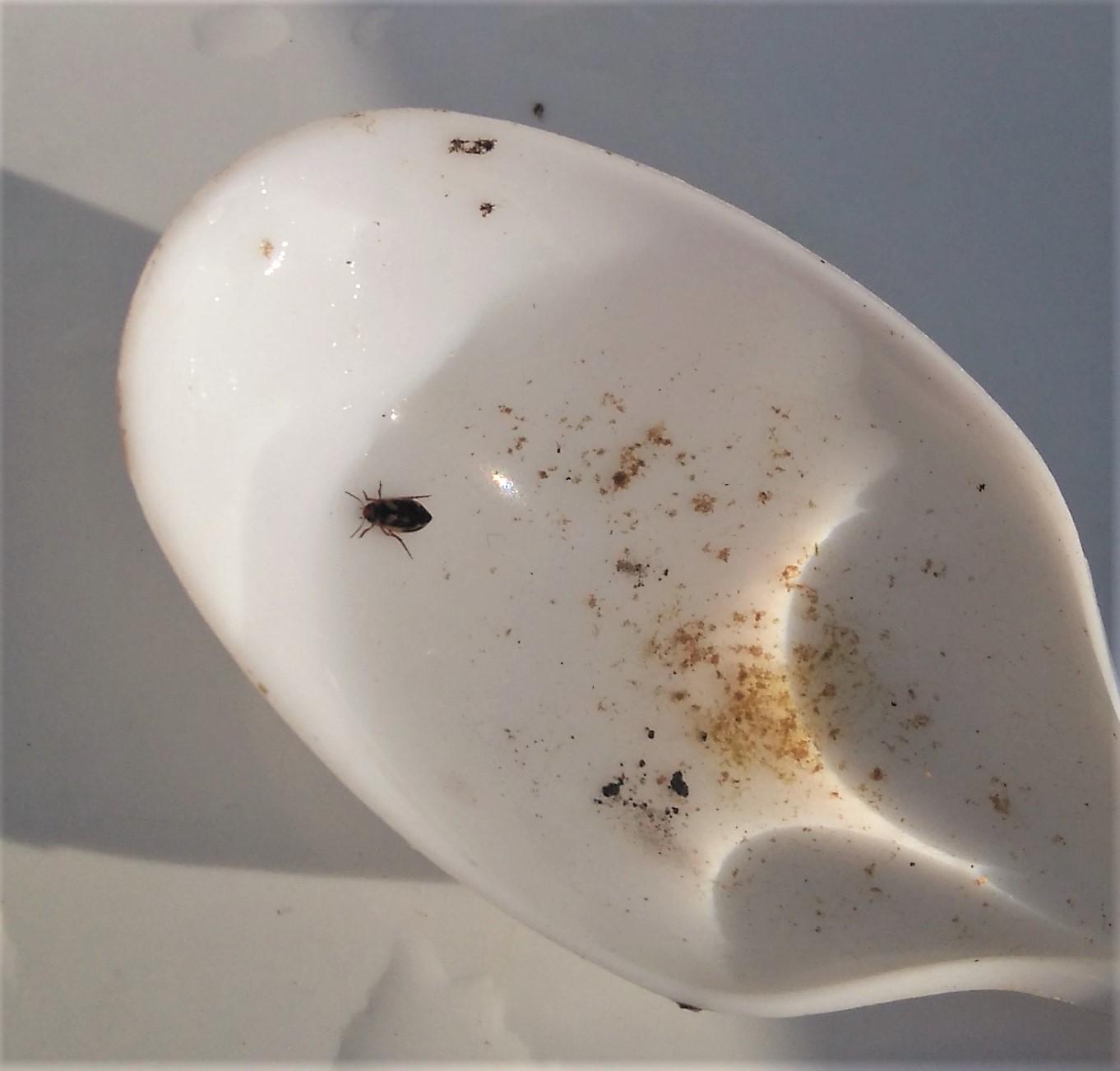 Gosh – the first month (and a bit) has flown by so quickly, I hardly realised I’d already done so much! I am both incredibly excited and nervous for the year ahead; I have a tough act to follow considering all the amazing things Kirsty has achieved already, but I can’t wait to start making progress and building up my confidence. Hopefully by this time next year I’ll have done some amazing things too!