You are here: Home / Uncategorized / Full-on February, one month to go at Buglife HQ 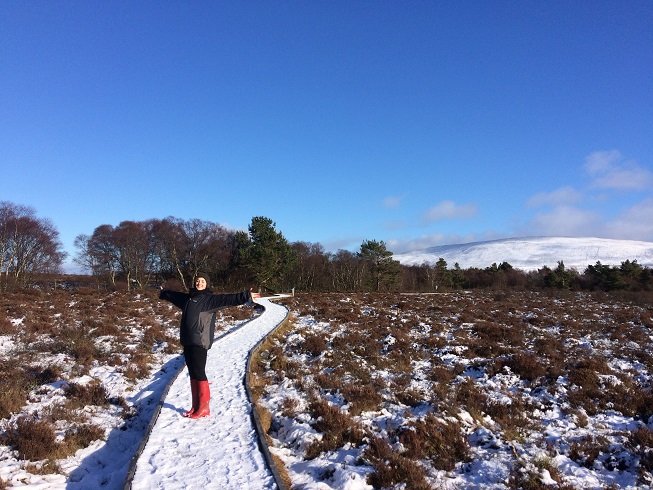 The end is nigh! This is my second last month of the traineeship, or  ‘Full-on February’ as it should be called, but what an amazing month is has been. I really will be sad to see this adventure come to an end.  We’re back into breeding season for the Pond mud snails, they have moved into another primary school home to be looked after and have had lots of attention, with even the team from BBC Countryfile coming to film their story!  Here are some highlights as I look forward to my last 6 weeks with TCV.

I was lucky to be asked to run the training course which I designed for my creative communities project, once again at the Stirling office. This was a nice chance to take some feedback into consideration and re-work the format. It worked much better this time with everyone seeming to go away happy and well-informed. I had lots of great feedback, and lots of smiling faces over the course of the day. 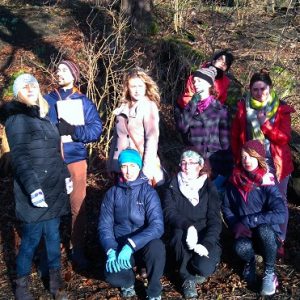 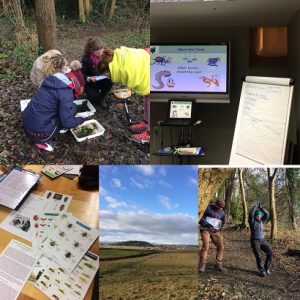 I’m so pleased that I was able to pull together some of the important factors I think are missing in outdoor education and present them in a course which was so well attended. 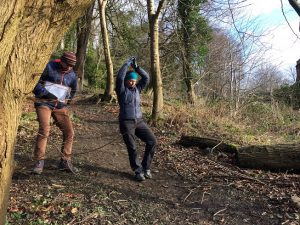 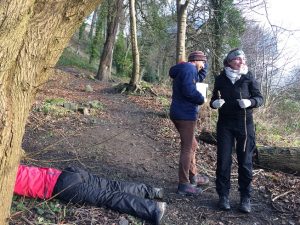 After my induction last month it didn’t take long for my first event as a STEM Ambassador to come up. The  S2 pupils at St Maurice’s High School In Cumbernauld were having a career networking day and I went along, with the Buglife team to promote the work of conservation organisations in Scotland and talk about the subject choices the pupils were about to make. I come from a NON-SCIENTIFIC background, and yet have gone on to study my MSc at Napier University in Biology so I felt I had a duty to make it clear that high school science is not the be all and end all but can definitely help as a place to start. 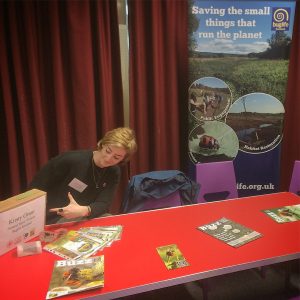 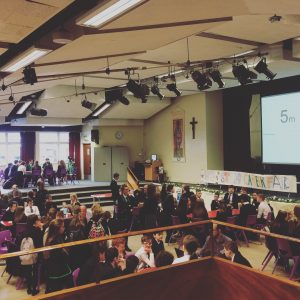 Team Marvellous Mud Snail was out and about again with a visit to snowy West Linton Primary in the Scottish Borders. We had a fantastic time explaining the importance of pond invertebrates and introducing the class to their local celebrity ‘the pond mud snail.’ 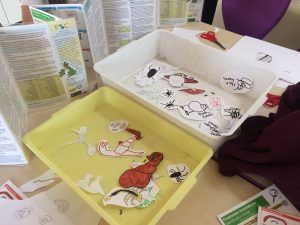 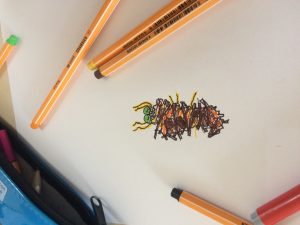 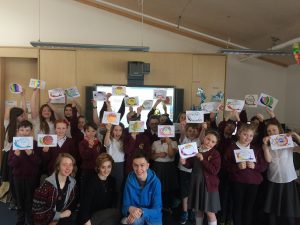 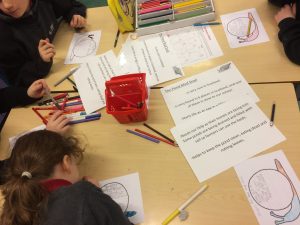 Another great event which happened this month was the Inner Forth Landscape Initiative ‘From Source to Resource’ conference which was to encourage more biological recording in Scotland. Key wildlife organisations from across the sector were in attendance, and as well as a whole host of great stalls, there was a programme of interesting talks in the morning followed by ‘break-out- sessions, one of which I was leading with Ally my colleague from Buglife. 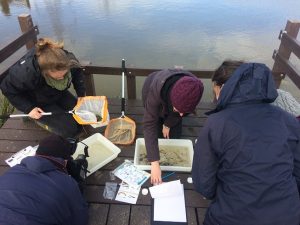 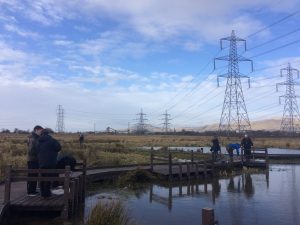 We took a group to RSPB Black Devon Wetlands where a new pond dipping board walk has been made. This was a chance for us to share the importance of freshwater recording and show how to successfully conduct a pond dip with a view to collecting results.

Months of planning and preparation paid off this month with out TCV Natural Talent end of year showcase event. This was held in the Royal Botanic Gardens in Edinburgh and each of us 6 trainees came together to present our work. 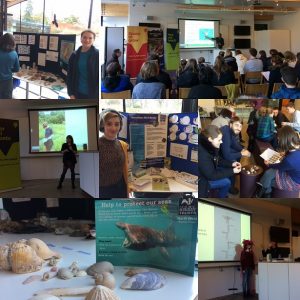 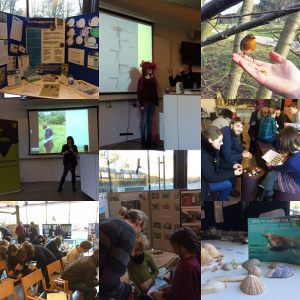 There were stalls, activities, guest speakers (past trainees and host organisations) plus the chance to meet new faces and share what we had been up to over the course of the year. I was able to use the Garden’s pond and run a short pond-dipping workshop using the OPAL Water Health survey, lots of members of the public joined in, even if a friendly Robin stole the show. 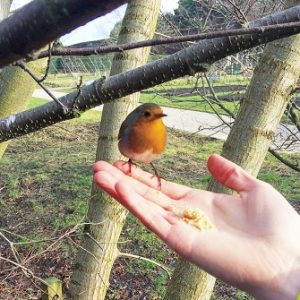 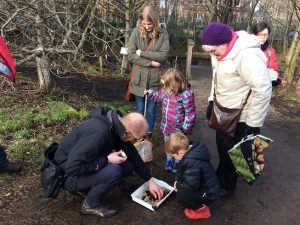 It was such a wonderful experience to be part of and I think pulling everyone together to celebrate our efforts was definitely worthwhile.

Okay, I may have saved the best for last. I’m going to be on TV!! And not just any old programme, BBC Countryfile no less! 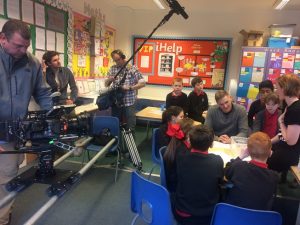 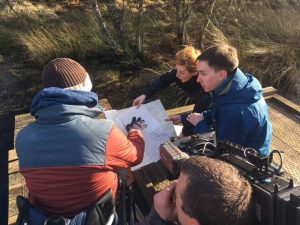 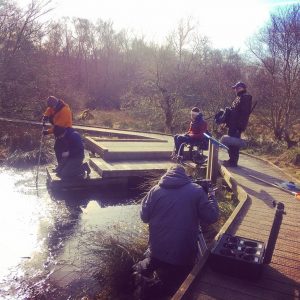 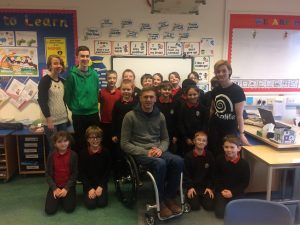 Hugely exciting. A few months back I got in touch with the team and shared our story, luckily they were interested in the plight of these little creatures and we spent a very enjoyable day filming on site and in one of the local schools (Bridgend Primary School). Keep your eyes peeled in March for the transmission date, I can’t wait! Thanks to everyone involved for making it such a great day. 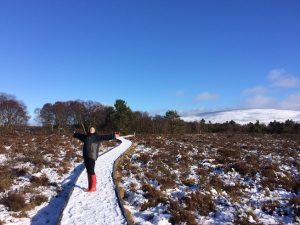 On the recce to site the week before the weather was amazing but snow covered the ground and our pond was thick with ice. 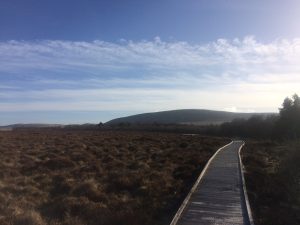 Fast-forward 7 days and the snow had completely cleared, we had a perfect day for filming in Edinburgh.