You are here: Home / Uncategorized / August was exiting, wasn’t it? 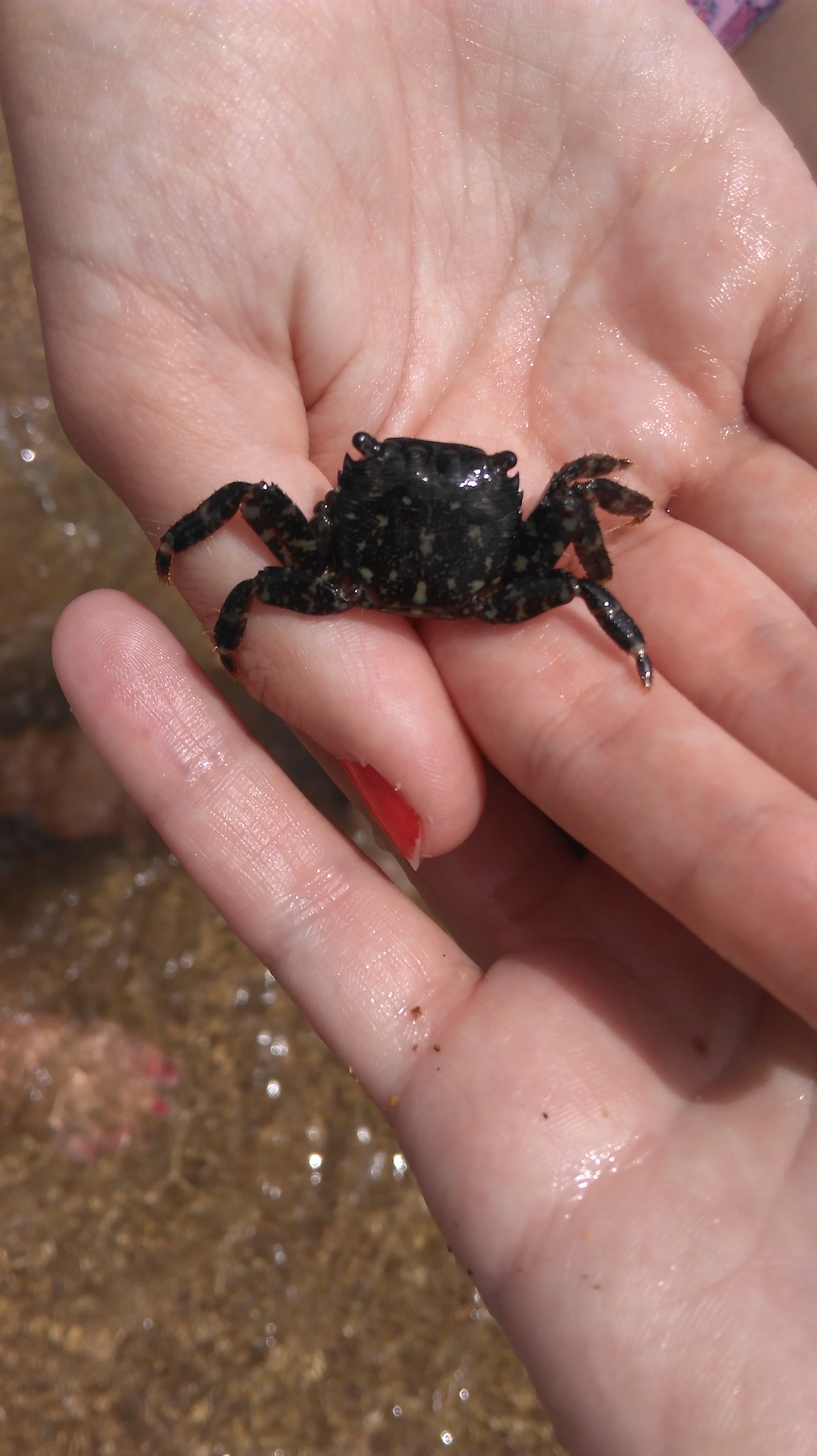 Here we are, it’s September already, I can’t believe how time files!

But for now, with my Christmas plane tickets already bought, I’m going to talk about AUGUST!

I believe that when you enjoy something,  you like telling everyone about it. So, while I was on holidays in NW Spain, we went to a beautiful beach with some exiting rocks! After at least one hour walking around, looking at lichens, seaweeds, limpets and barnacles, recording crabs eating, and some fish hiding in pools, my family told me they had never looked a rocky shore that way before! Pretty happy with the results, always looking forward for telling everyone about the wee treasures hiding on rocks. 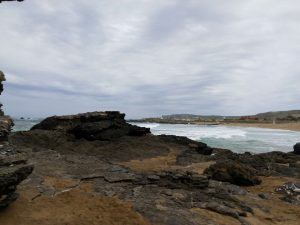 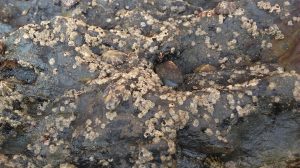 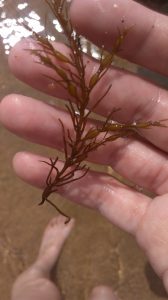 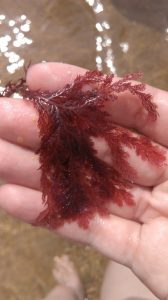 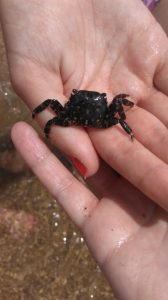 And also super happy to see how hard the coastguard team worked for keeping the beach clean, with bins around the beach, signs for recycle points and their effort for telling everyone to collect the litter. Thanks for keeping our oceans clean!

I had the amazing opportunity of seeing the world’s biggest and smelliest flower, but it wasn’t that smelly anymore. Apparently, it only smells bad when it blooms, although staff at RBGE had a sample taken the first day, and if you were brave enough, you could smell it, and trust me, better not to be close to that flower when it blooms! In June 2015, titan arum bloomed for the first time at RBGE, with a final measurement of 267cm (8.75 feet)! In August 2017, it did it for the second time! Still waiting for some exiting results! 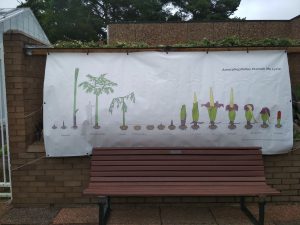 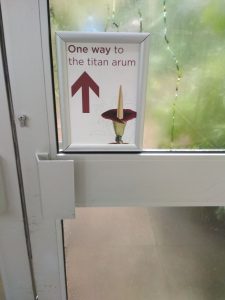 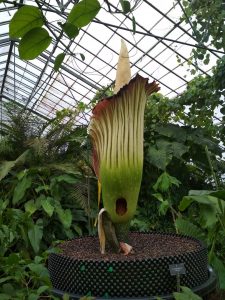 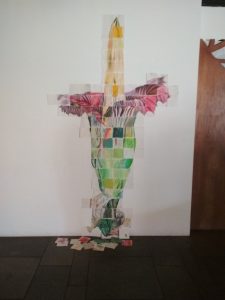 Marine Conservation Society has a very interesting program for surveying and collecting litter, helping people to protect the UK shoreline. Marine habitats are under threat for several reasons, and one reason is our rubbish, we leave it behind us after spending a day on the coast, we don’t care what we flush, and some people even drive to the coast for leaving tyres and plastic containers too big to fit in their house bins. I’m sure we all have seen animals with plastic rings around their beaks, and plastics and other rubbish in their stomachs. Who has not seen Lisa Simpson removing plastic rings from a dolphin? I was lucky for being part of a team of people aware of the importance of keeping the beach clean. Families, a few locals, professors… they told me how Granton was when they started cleaning it, a few months ago. Wet wipes and plastics dominated the beach, cans and food containers the grass behind the sand. They have been doing an excellent job, and I’m glad for being part of it, looking forward for the next opportunity. 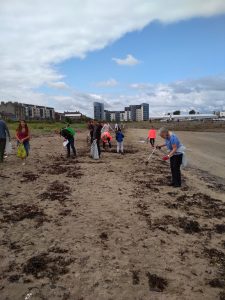 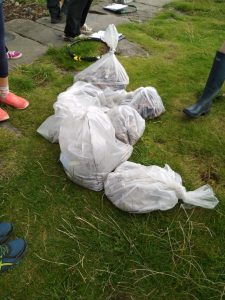 Getting some muscles helping TCV

First, at the Edinburgh hospital, building gardens for private rooms. It is such an excellent idea to give patients the opportunity to spend the time they have in a hospital, with a lovely wee garden for their own. It will make such a difference in their lives! It was a day out with a RBS corporate volunteer groups, and they were such a fun group! Very hard working, they build tables, pots… 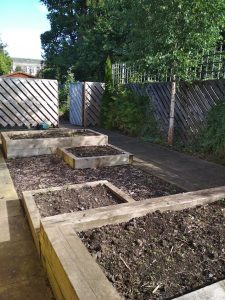 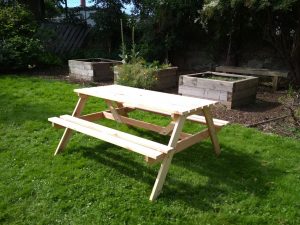 Second, also working with a RBS corporate volunteer group, we went to South Queensferry, for some woodland maintenance, building a bike path, and some bird houses as well. I was in charge of the group cleaning the woodland from shrubs and rubbish. The plan is to create an open area, with flowers and trees, that invites people to spend the day, keeping it nice and clean. 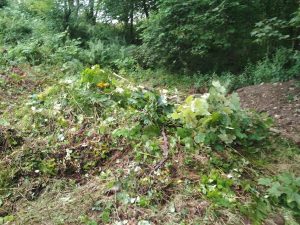 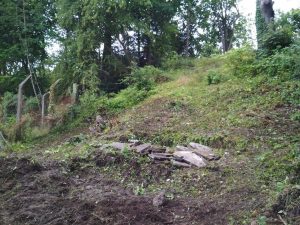 It was such a hard work that ended in an amazing day on the rocky shore.

Everything started researching historical data from the Edinburgh coastline, and a big plan for running events at Joppa and Granton. I found data from the 19th and 20th century  in the herbarium at RBGE, and I want to compare what was there, with how currently rocky shores are, for building a picture of the Edinburgh history. For that, we are and we will be running bioblitz surveys. After contacting a few organisations, Marine Conservation Society agreed to run a Capturing our coast training the same day, putting both projects together, getting to know new people and new ways to protect our marine habitats.

I created some ID guides and a booklet for volunteers, and spent around 3 hours laminating everything! And it was worth the effort. 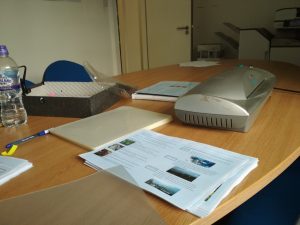 We had a gazebo on the grass next to Joppa, with some craft activities for kids, some food and hot drinks, and trays with wee beasties. Some of us were under the gazebo, explaining the project, giving the ID guides and playing with crabs, others were on the shore, talking about lichens and seaweeds, helping people recording and making the experience fun for everyone! 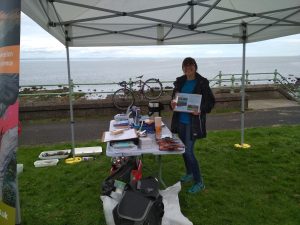 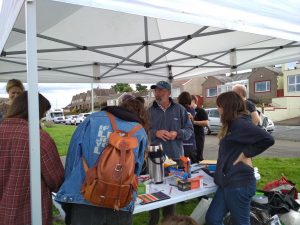 I’m glad we had some important depth-of-learning successes, for example: 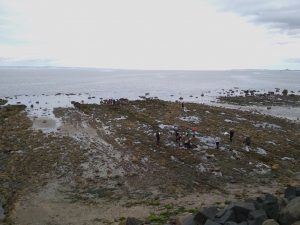 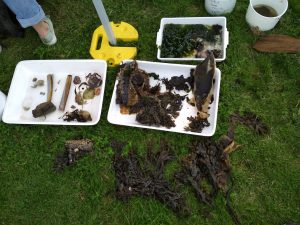 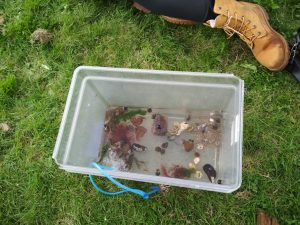 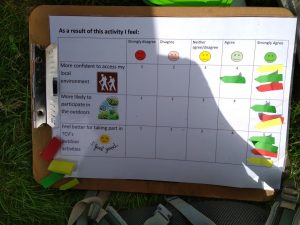 I want to thanks everyone who helped me running the event, everyone who volunteered and came along. You’re starts! 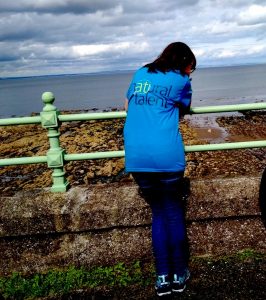 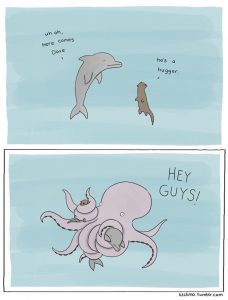