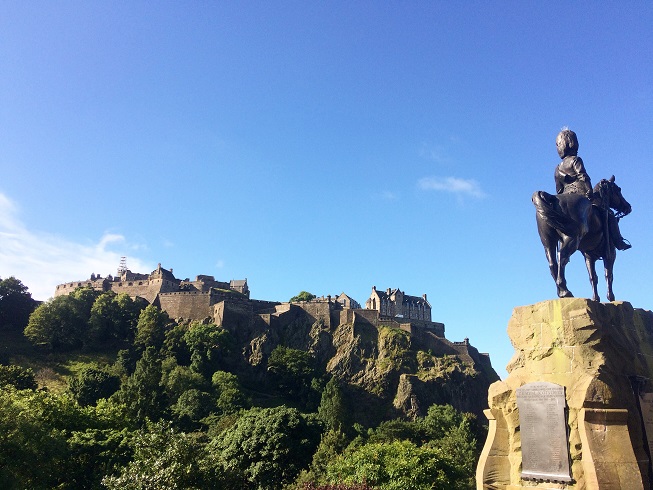 Here are the highlights from August, my 4th month with Natural Talent.

Oh, and also I have a new puppy which is the biggest news in my life currently… please meet Finn, the Border Terrier 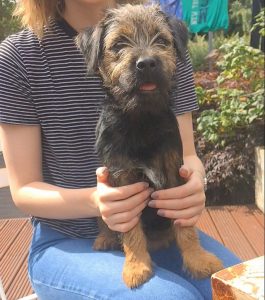 The first large event that I organised was a Buglife BioBlitz and Family Open Day at Black Devon Wetlands in Alloa. As well as trying to invite for local families along to use the new site it was a chance to survey and take sample specimens to draw up a species list for the area. We had about 45 people attend and ran two OPAL water health surveys, helping people to ID their common water invertebrates and become more familiar with underwater life. 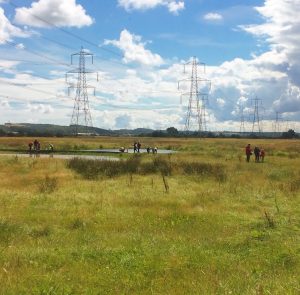 There was plenty for the little ones to do with a craft station, games table, and juice and biscuits being served. We had great weather and lots of positive feedback from the attendees. Hopefully there will be more like it to come in the future, in the meantime though it’ll be over to the microscopes to find out exactly what is living in the ponds at RSPB Black Devon Wetlands. Good bit of alliteration for the Sense Scotland workshops which ran at various locations throughout the month with TCV Community Outreach Officer Lucy Graham. I was able to assist at one of these at Davidson’s Main Park in Edinburgh for a great insight into how the outdoors and nature can be made accessible to all. We went on a bumblebee walk with the children which they loved, hung hammocks from the trees, done some wild painting, played games and even done a bit of insect ID with spiders and ladybirds. It was a good session for me to attend as it’s opened my eyes to the possibilities of the Natural Talent programme and got me thinking about 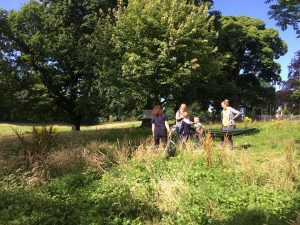 One of my training courses for the month was a fantastically useful bumblebee ID course ran by James Silvey from the RSPB.  The morning session covered the ecology and different species of bee, learning to recognise distinguishing features and ended with a great presentation of the Great Yellow Bee and the RSPB effort to try and conserve the emerging populations on our islands. After lunch it was out to a wildflower site in Stirling (in the rain!) to see who was about. Luckily the drizzle stopped for long enough and we managed to spot at least 4 species. 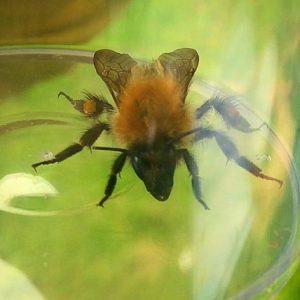 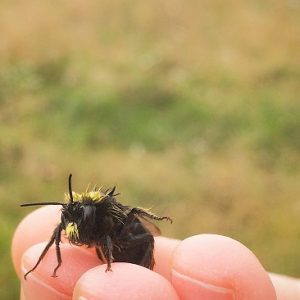 With the weather having been so damp this was a good chance to see some behaviour that we don’t usually notice, bees when sheltering from the rain. This Red-tailed bumblebee (Bombus lapidarius) clings to the underside of ragwort until the weather passes and it can dry itself out again. 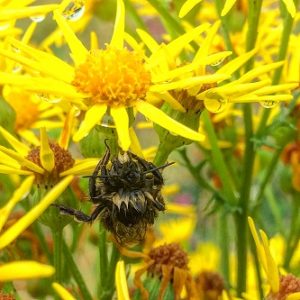 Possibly one of the most interesting things that I  got up to this month was visiting the genetics (WildGenes) lab at RZSS Edinburgh Zoo. This is part of the Marvellous Mud Snails project as we are partnering with the zoo on many aspects including the brilliant research and testing they can do into the populations of snails. I’m hoping to be able to link with colleagues in Wales and England to bring samples not just from Scottish populations to the mix so we are able to get a UK-Wide picture of any genetic differences in the pond mud snail. 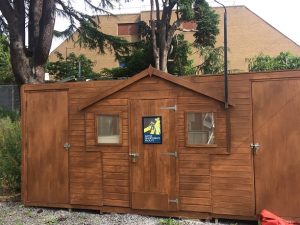 During the visit I was able to see the Native Invertebrate Facility. I possibly popped in to see the new-born koala and check out a penguin or two, but straight after it was onto a Mud Snail site visit up in the Braid Hills. 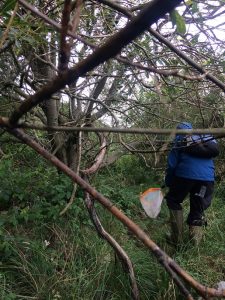 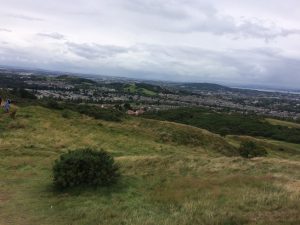 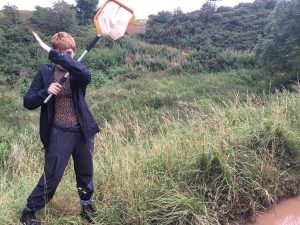 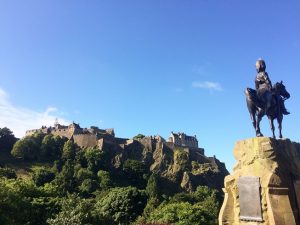 I was back at The Hidden Gardens in Glasgow for a pollinator visit with Buglife. Instead of focusing on bumblebees (although it was hard not to as they were everywhere on the bright sunny day which we visited), this time was more about other pollinators and insects found on flowers. 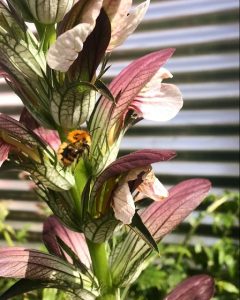 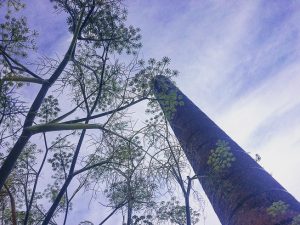 A good spot for the garden was the tree bumblebee, a species which was first sighted near the New Forest as new record for Britain in 2001 and has since spread rapidly throughout England, making its way North til finally being sighted in Scotland for the first time in 2013. As a relatively new species to the country, there are various monitoring schemes for the Tree Bee to identify just how far West and North is has spread, you can upload your sightings here. 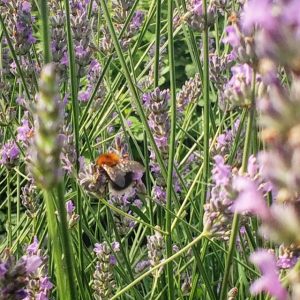 We also managed to spot 12 different species of hoverfly, lots of beetles including this Rosemary Beetle below, a Hawthorn Shield Bug, ladybird, one species of solitary bee and a common Earwig. 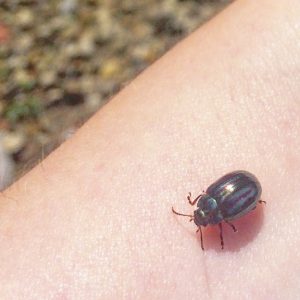 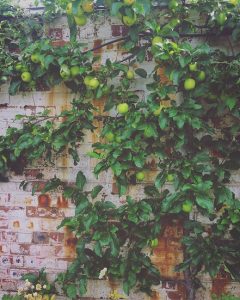 Life in A Shell // Snail Diary

We are nearly ready to go to our new homes, schools across Central Scotland, before being released into the new pond habitats which will be created for us over the next year or so. As always we’re breeding and growing fast and eating stupid amounts of lettuce.

Thanks to the Esmée Fairbairn Foundation for funding this brilliant programme. Find out more about them here.