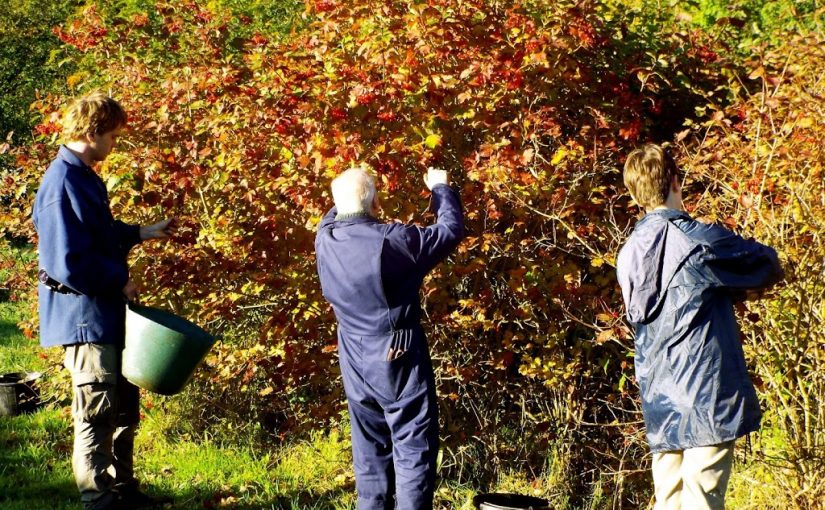 Winter is slowly creeping in. The wind is picking up and the rain has become a permanent feature. Nevertheless we keep on working. We are digging up trees, grading them and heeling them into sand for winter storage.
October, also brought us a new arrival, Pietro from Italy.
Nerea, Spain:
Theresa and I decided to go to Cave Hill in Belfast with other EVS Volunteers and do trekking. It was easy and we arrived at the top of the hill in less than two hours. The views from the top are really nice! You can see from Carrickfergus until the Mourne Mountains in Newcastle. 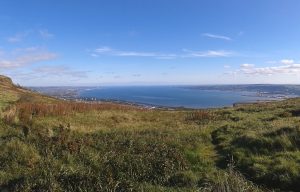 Also we visited the Belfast Castle. It was built in 1862 by the Marquis of Donegall. 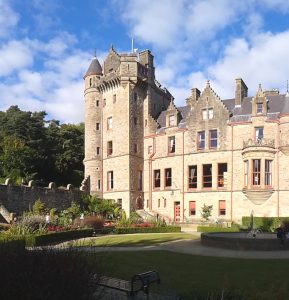 Ivan (local volunteer) brought us to Scrabo Tower in Newtownards and Castle Espie Wetland Centre where we could watch native and exotic species of water birds. 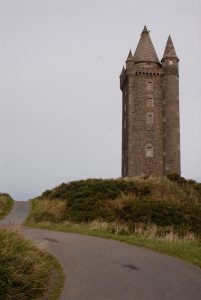 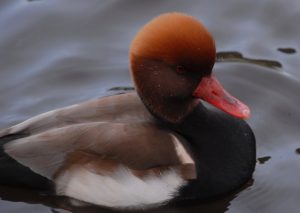 On Halloween we decided go to Derry because a lot of friends suggested to go there and I have to say it was a really good decision! We spent a really good weekend! 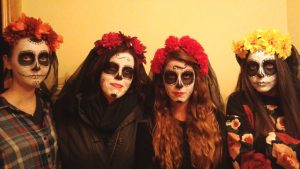 Thanks to my work at the Tree Nursery, my help to manage the Derry Training for North Western Academy, the Kilcooley Primary School project that I am supervising and my cooperation with Intern Europe one of my bosses decided to nominate me for the TCV Heroes Awards 2015 for the category of Natural Talent. Surprisingly I won the award and I went to London to receive the award. I was very nervous but I enjoyed the ceremony and I met a lot interesting people. 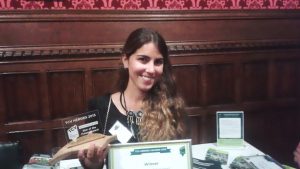 Kristian, Denmark:
We went out seed collecting and Pietro got lost in the break for around 2 hours. Since it’s hard to take a picture of a missing person I decided to include a picture I took in the break. 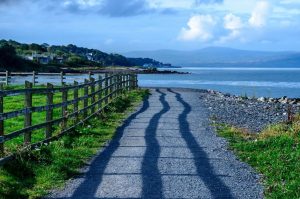 I went to Derry at Halloween and ran into some of the other NI EVS volunteers. Fun fact: I decided not to waste money on a hostel in Derry so instead I wandered around the city all night. At around 3 AM I ran into a man named “Meat cleaver”, how did he get that name? Apparently he killed a man with a meat cleaver. 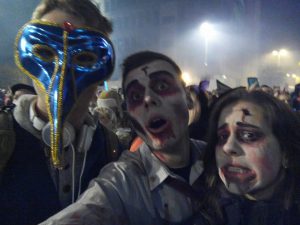 I went to Cave hill with Pietro. I did not my bring my camera so this blurry picture from my cellphone will have to do. 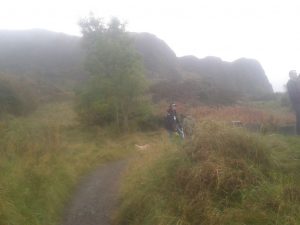 Theresa, Germany:
“Another four weeks have passed and a lot has happened. On the first October weekend it was the Big Green Weekend in Ormeau Park in Belfast where all TCV Groups from Northern Ireland came together and created an event to show our work to the public. We volunteers joined with our new volunteer –Pietro! From Italia- and it was a beautiful sunny day where we met lots of people and did different kinds of activities. The following week there was a big birthday party in Belfast and the week after that Nerea and I along with other EVS volunteers went for a hike up Cave Hill and to Belfast Castle. Again, it was a beautiful sunny day and we enjoyed the view, along with our lunch, up on the top. The second before last weekend was Nine Nights in Belfast, an event at City Hall where a parade marched with lights to celebrate the Indian Festival of Lights – Diwali. It was a big theatre performance accompanied with a light show and dance performances. I participated with other EVS volunteers and we got to wear long Indian-like clothing. The next day Ivan took us out to Castle Espie for bird watching down at Strangford Lough. It was a great day and Ivan told us about the history of the area which was very interesting. And last but not least the four of us –Dulce, Nerea, Cintia and me- went up to Derry for the weekend to celebrate Halloween. And even though self-praise is not recommended we were the best-looking of all.” 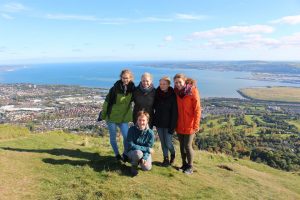 Pietro, Italy:
“This is my special farm in lovely day of sun on the first hour in the morning.
For me those hours are the best for taking some pictures, finding some interesting insects and for seeing the awaking of nature with many birds that every day arrive to eat some seed in the farm. On the left we can see the office of TCV where we stay to drink some tea and where Sissy (the friendly supervisor) prepares the orders for costumers (first picture), on the right we can see some areas where the trees are grown and the greenhouses. (First picture and second picture)
In the green house we grow many types of tree and when they are ready we proceed to transplanting in the outdoors; 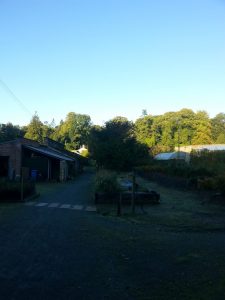 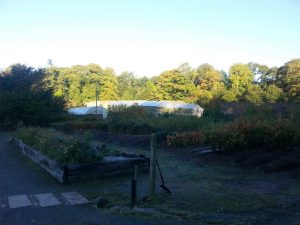 This is another picture of the farm with other areas and all the farm is surrounded by a big forest where you can have a fantastic walk and where you can find some interesting animals and plants. All the forest is protects by the person that lives near and every year TCV plants new trees. 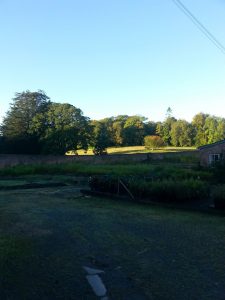 This is the inside of a greenhouse full of very young Oaks. These small trees were planted about a year ago and now they are ready to be transplanted outside. After being extracted from the soil they are divided by size and heeled into the sand outside. 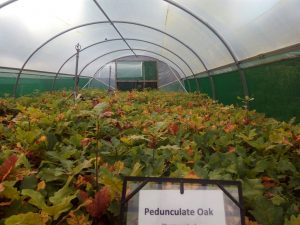 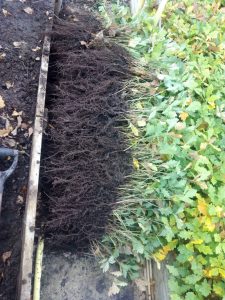 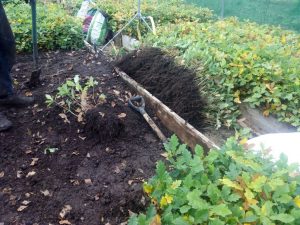