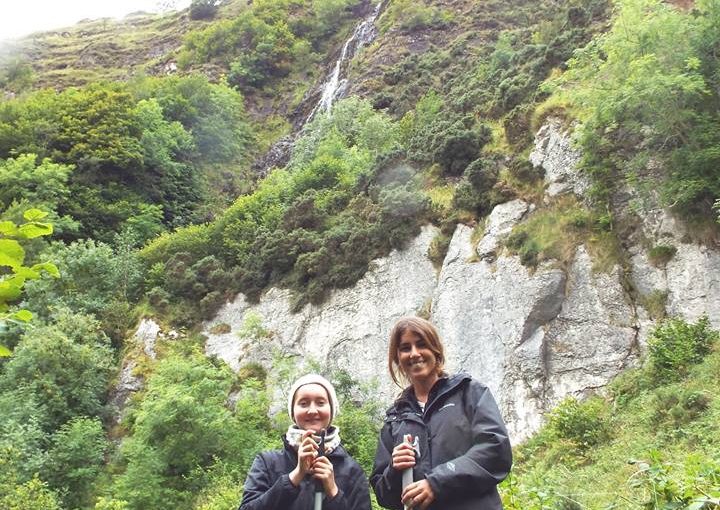 In September we were joined by Theresa from Germany and Kristian from Denmark. Their first month is over and they too are ready to share their experiences.
We continue seed collecting and have started digging up our first trees. We had a beautiful warm September and start to Autumn, but now busy days lie ahead.

“As for many volunteers before me last month was the beginning of my European Voluntary Service with the TCV in Bangor, Co. Down, Northern Ireland. Only a few days ago it has been exactly four weeks since I have arrived here and since then it has been quite an interesting and unforgettable chapter of my life.
The 4th of September to be exact was the day my mentor picked me up at George Best City Airport in Sydenham, near Belfast, and brought me to the volunteer flat where I was about to meet my fellow volunteers and new flat mates. For the next few months we would be working together for the same organization: the ‘Tree Conservation Volunteers’. The TCV are an organization with the aim of improving the environment through environmental tasks and projects. We – the volunteers in Bangor, – are working in the TCV’s Tree Nursery where we grow trees from locally collected seeds so that they can be planted over the whole of Northern Ireland. Our goal is to maintain local biodiversity and to protect the woodlands of Northern Ireland.
Many green places in the UK are in danger but it is in Northern Ireland where because of its history of shipbuilding and farming there has been a great loss of woodlands; and they have not fully been able to recover ever since.
This is where our everyday work comes into action and together with many other volunteers all over the UK we take the journey step by step to a more sustainable future.
At the Nursery we are now preparing everything for the coming winter which means all our trees in the four acre walled garden must be dug out, measured and bundled in groups so that they can be put back into their freshly prepared beds where they will go into winter mode. Once a week we take a trip to collect seeds from native trees like Hazel, Alder, Ash and Hawthorn, to name a few.  Often this takes place on the North Coast which is especially exciting. Back at the Nursery we store the seeds in our huge fridge for that they can be planted in the spring of the coming year.
That is the cycle of the Tree Nursery and though I have only so far seen and experienced a tiny bit I can say it is hard but very rewarding work. Ever since coming here I have gone used to ever so slightly dirty fingernails and the occasional picking up of big fat through Northern Irish soil well-nourished earthworms and the unpredictable fast changing Northern Irish weather.
There are days where time seems to creep by and then time seems to fly and sometimes something unpredictable happens.  I can honestly say that I have been enjoying my time here and that I wouldn’t trade it for a second. In the next few months there is more to be discovered and I am looking forward to spending that time with the wonderful new people whom I have met here and to keep learning new things about my work, the beautiful country of Northern Ireland and at last, about myself.”
Nerea, Spain:
In September I had the chance to start a new project in a school. In my opinion, this project is really interesting because we can teach the kids how to know more about nature. We will go to the school once a month until June. In our first lesson, we have showed them some native species of trees and how to identified them using leaves and seeds 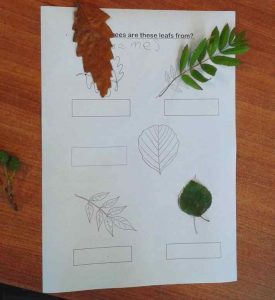 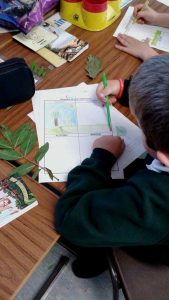 One Sunday, some friends and I went to Strangford Lough for bird watching. We watched some winter visitors as Brent Goose, Greater Scaup or Redshank. It was a really nice bird day! And also we visited the Nendrum Monastery. 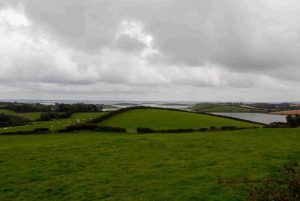 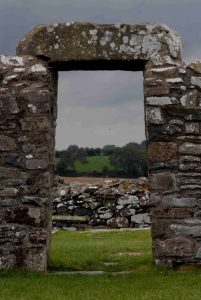 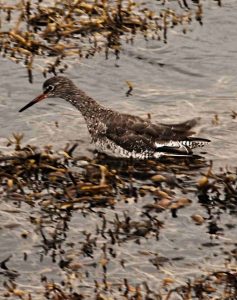 September was a special month because my father came to visit me. We went with other friends to Belfast Culture Night. Then we drove along all the North Coast Road, from Bangor until Derry. We enjoyed the most beautiful views in Northern Ireland! 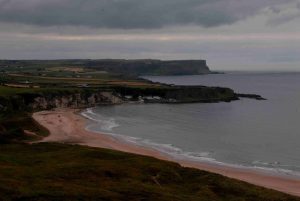 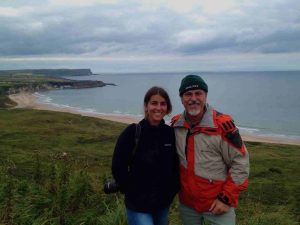