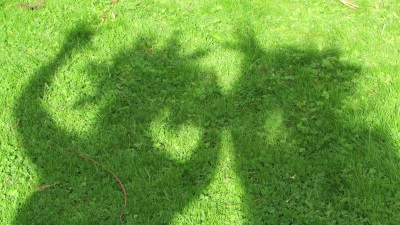 The festival season has just kept on going here! More about that in a minute. 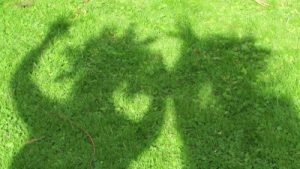 I had the very good fortune to spend two days with Pete Carty, National Trust Ranger for the Long Mynd. I was particularly interested in management planning for such an area, (which combines high visitor footfall and nature conservation). He gave me great insight into the on-going joys of such work, and particularly of the ways in which careful planning can subtly manage to change people’s behaviour, in order to achieve conservation objectives. I had a great day with Pete and a new NT staff member, visiting the full extent of the site and really seeing the vision that is held for the future. In general Shropshire is a fairly flat county, so we had some very dramatic vistas as we looked over neighbouring Stiperstones. 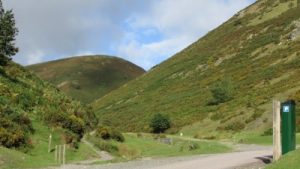 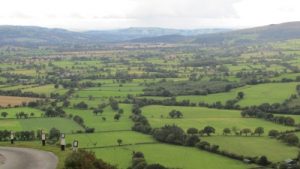 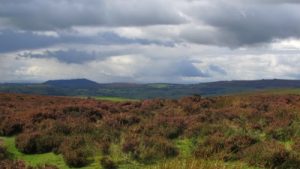 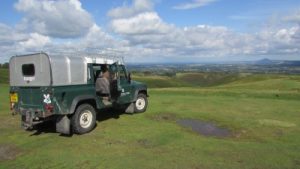 Which then took me nicely on to Merefest; the Shropshire Wildlife Trust’s celebration of all things boggy! This celebration event has been happening for several years in Ellesmere, and each year attracts bigger crowds. I helped to run a stall for the FSC, together with Charlie Bell (TomBio Project), Simon Norman  (FSC publications), Charlotte Timerick (Tutor, Preston Montford) and Sara Lanyon (Biodiversity EducationOfficer). 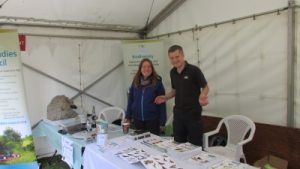 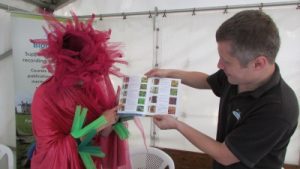 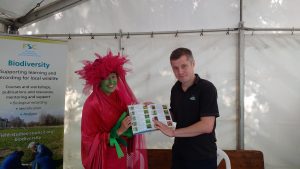 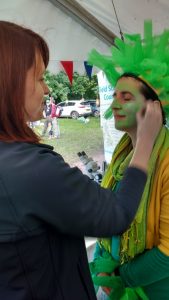 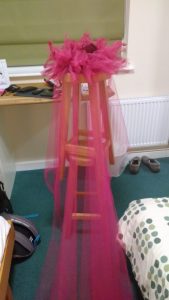 My preparations had been in my head for a long time, but the reality was a last minute dash…aided by the emergency sewing kit from Preston Montford housekeepers, a mannequin fashioned from two stools and…..voila! “Miss Magellanicum” was born! I was absolutely determined to pull this off and become the first human peat forming sphagnum at the festival. Since we are both into biodiversity, Sara (being my partner in crime) came up with a fantastic “Miss Papillosum” and between us, we had a great time enthusing some people about sphagnums and bemusing others about what we actually were! Anyway, it was a lot of fun, got us into loads of conservation conversations, and the local paper liked it! 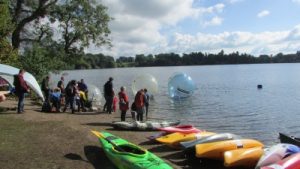 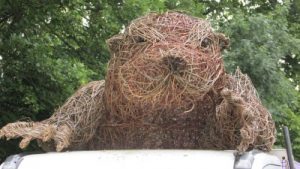 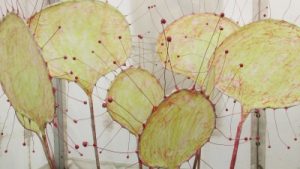 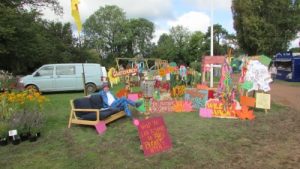 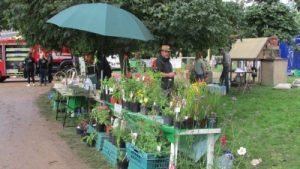 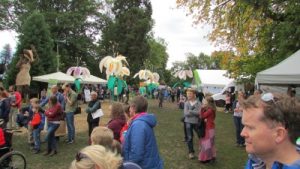 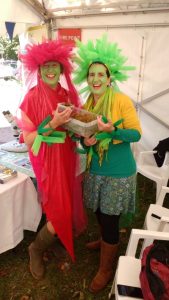 Just as one fun-filled weekend drew to a close, another started! I was off on the road with my little tent, and made it up to Bogfest in Edale, for the three day celebration of the amazing peatland restoration work, not only in this area, but across the UK and worldwide. Organised by the Moors for the Future Partnership and financed by the Moor LIFE 2020, a sumptuous array of workshops were on offer. 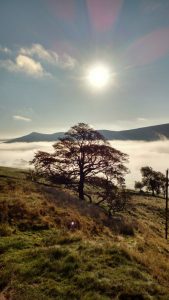 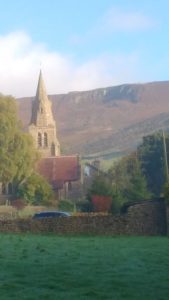 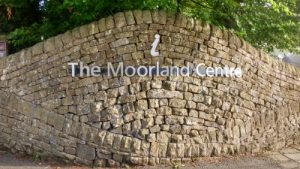 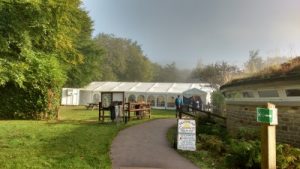 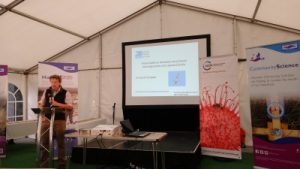 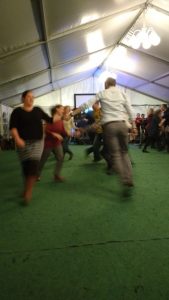 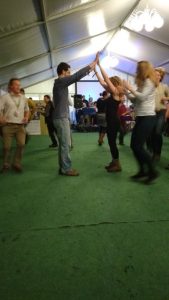 I had a great work commute…a couple of miles’ walk along the Pennine Way (which was stunning for star gazing on the journey home) and then into the welcoming village, which was completely set up for this festival of several hundred participants. Each day comprised of four or five lectures (with a choice of three for each one), opportunities to visit the moorland restoration, arts and crafts, a ceilidh, folk singing, a Bogfest run and a Bogfest choir (Miss Magellanicum made an impromptu appearance at that one…there is video footage, but I’m afraid I haven’t got it!). It was superbly organised and gave a very compelling message about the importance of peat bog restoration. In the space of approximately three years, the damage caused to the bogs over the last 200 years since the industrial revolution (principly by acid rain from the huge connerbations of Manchester and Sheffield) is being reversed, and the regeneration is phenomenal. There were talks about funding, and a major emphasis was placed on partnership working with land owners, farmers and statutory and charitable bodies. There were talks on wildlife restoration, carbon storage, use of UAVs for aerial mapping and monitoring and a “question time” panel (including a local MP from Sheffield). If you have a chnce, look it up through the following link.

As always, my grateful thanks to Head Office Field Studies Council, TCV and the Esmee Fairbairn Foundation.