Regular readers may be forgiven for thinking that my job in Cumbernauld mainly involves wandering around its green spaces in the sunshine, going on training courses, smelling poo, chatting with bumblebees and identifying members of the public I’ve caught in pots (I may be doing those last two in the wrong order, I’m not sure). 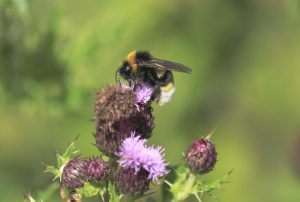 Charlie the Gypsy Cuckoo bee has some strong views on

And of course I do do all those things (the smelling poo one more often than you might think).  But the main thing I’m supposed to be doing in the 50% of Cumbernauld that is green is taking part in a mental health project called 5 Ways Well, Wild Ways to Wellbeing, 5 Ways Wild, Wild Ways Well.

Once we finally decided on a name for what we were trying to do (and believe me the battles over that were long, arduous and are still ongoing) we had to define exactly what the project was.  That sort of technical issue is a long way above my expertise level, but at its core Wild Ways Well is actually a very simple concept.

Being outside, amongst nature, makes people feel better.

I think most of us know this instinctively – almost everyone has experienced an upswing in their mood from taking a walk in the fresh air after being stuck inside.  You knew it when you were a kid – there’s nothing most of us wanted to do more after a day at school than rush down to the park.  Think back (especially those of us that are Scottish) to those long depressing summer days spent staring out the window as the rain battered down, desperate to get out and play. We knew then. 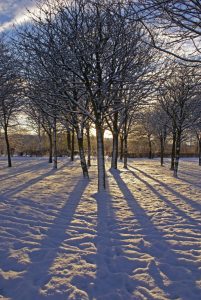 As we grow up (those of us that do grow up!) many of us seem to forget this simple fact though.  We spend our time staring at screens, stuck in traffic, in meetings, in the workplace, doing housework, dealing with all the problems that life throws at you in a normal week.  Almost all of it indoors.

Government statistics show that 1 in 4 adults will suffer a mental health ‘event’ at some point during a year.  Some of these will be fleeting, others will be severe and long lasting and there will be as many roots and causes of these illnesses as there are people suffering – everyone’s battle with mental health is unique to them.  And just like the causes, every individual’s route to recovery will be different and unique.

I’ve mentioned in a previous blog that I had depression and social phobia for many years (and of course still do, there’s often no ‘cure’ for mental health issues, just methods of managing them).  I tried lots of different things, searching for a way out – medication upon medication (11 pills a day at one point); meditation; hypnosis; relaxation; a huge array of ‘self-help’ courses;  talking therapies; CBT; graded exposure; even a device that delivered electric shocks to my head!

This was exhausting, mentally and physically. There were crippling side effects from some of the medication – some of which I still suffer from years later; It was expensive, both personally for me and my family and for the NHS; it consumed huge amounts of resources and, crucially, none of it worked.

I was afraid, socially isolated, hopeless and dangerously depressed.  But there was one little chink in the armour of my illness.

Being outside, amongst nature, made me feel better.

I loved wildlife, I loved trees and plants and growing things, I loved to watch the weather move across the sky and listen to the birds.  I didn’t know anything about any of these things mind you, I could barely tell a blue tit from a seagull or an oak from a daisy, but I knew that I wanted to know more.  And when you’re in the grip of depression, actually wanting to do something is a little miracle all in itself. 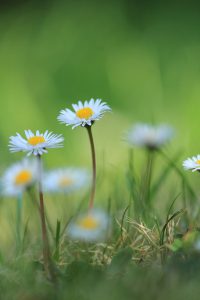 And so, I began to Take Notice of the nature around me.  With a lot of help from my family and the amazing Ranger Services at Hopetoun House and Edinburgh City Council I began studying the wildlife which fills our green spaces.  I went on courses to teach me how to identify birds, bees, butterflies, bats and badgers – and once I’d learnt all the B’s I was determined to Keep Learning and felt confident enough to tackle other letters as well.  In order to keep my newfound skills I knew I had to Be Active and practice them so I became a Volunteer Ranger at Hopetoun House, helping the Ranger Service in their day to day roles and monitoring the wildlife on the site.  It was at Hopetoun that for the first time in years I began to Connect with the people who worked and volunteered around me and with the grounds themselves.  And I found a sense of purpose for my daily life by Giving my time, energy, and new found skills to help them.

OK so the eagle eyed among you may have noticed that the tortuously written paragraph above contained a secret message.  It’s not quite at ENIGMA code level but it’s there!

These five concepts together are known as the Five Ways Well (5WW). It’s a model that has been adopted by the major mental health charities Mind in England, and SAMH in Scotland.  Studies have shown that building mental health therapy programmes around this structure can have a huge impact on people’s mental health issues, both as a recovery method and as a preventative one.

I’m living evidence of that. Nothing else worked on me, but by (accidentally, I’d never actually heard of it) following the 5WW model I made it through my illness; I can manage my symptoms enough that I can be here in an office today writing this blog, something that I never thought would happen.  I’m not trying to claim to be unique, or to have suffered especially badly – there were and are many people with far worse mental health problems than me.  But the fact is that no other ‘cure’ or therapy made a dent on my symptoms.

One of the first things I ever did as volunteer was learn to sniff otter spraints.  At the time it made me feel slightly sick – but viewed in the long run even it made me feel better!

There are lots of projects and organisations out there now using Five Ways Well to deliver positive and lasting change to people with mental health conditions.  But my project here in Cumbernauld is looking to do something a little bit different from most of them.  It comes back down to that simple core concept I mentioned earlier;

Being outside, amongst nature, makes you feel better.

If we could somehow combine the 5WW with nature… we could create a supercure that would solve all the world’s mental health problems in one go!

OK, maybe that’s a bit ambitious for a pilot project, but you have to start somewhere, so why not now, and in Cumbernauld.

The idea is to find groups of people who are either already suffering from mental health problems, or are at risk of developing mental health problems – which is a good remit because you can just about boil that statement down to simply ‘anyone’.  Once we’d identified a group of people who wanted to take part then we would take them out into Cumbernauld’s green spaces (50% of Cumbernauld is green space!) accompanied by me – and more importantly a TCV Senior Project Officer in the shape of the fabulous Anna Hamilton who could expertly guide them (and me!) through the outdoors.  The idea is to keep the sessions fairly flexible and led by whatever the group is interested in.  As long as it happens outdoors, in a green space surrounded by nature, and we’re utilising the 5 concepts of the 5WW then everything is grand.  Crucially the whole thing will also be evaluated by TCV to make sure that at the end of this we have evidence that the concept works (or doesn’t I suppose.  But it does!).

Of course things never run smoothly, there were issues over funding, finding the right group and the right space, getting the evaluation process sorted, finding a time everyone was available…

I did a lot of research on community groups in Cumbernauld who might be interested and on places where we could take them and activities we could do.  It was pretty daunting at first but I was constantly buoyed up by how enthusiastic everyone I spoke to was about the idea.  This can work! 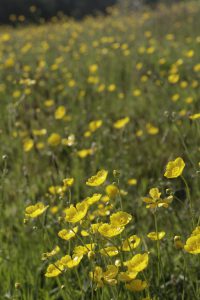 Some research seems to show that just looking at pictures of nature makes us feel better.  Go on, have this one on me.

Our first group was duly recruited and we’ve now being going for several weeks with a some people from an organisation that develops peer support networks fro adults with learning difficulties.  It’s still early days but I feel like I can already see a difference in the people who’ve been attending every week.  We’ve got a great retention rate, people are coming back week after week, no matter the weather (and we’ve had everything from blizzards, to driving rain to glorious sunshine).  A key part of these walks is that we meet in the centre of Cumbernauld, right in amongst the concrete and traffic and shops and then we simply walk to a green space.  It’s amazing how quickly you can get from the busy centre out into a nature reserve – and it’s amazing the difference it makes to your spirits when you do.

Talking to the group as we walk, you get a wee insight into some of the issues that affect their lives.  They talk about being stuck inside staring at four walls, of having nothing to do, of how they used to spend time in nature when they were young but don’t go there anymore, of how they’re afraid to go into the woods, afraid of the people they’ll meet and the unfamiliarity of it all.  Almost everyone in the group has got great memories of spending time in amongst parks and woodland as a child, memories that they love to share with you.  But as adults none of them routinely go to green spaces anymore.

I’m not saying these 5WW sessions are going to make a massive impact on everyone’s lives, it’s far too early for anything like that, but I am saying it has made changes to these people’s lives.  I can see the difference in the group week by week as we walk and chat among the trees.  We’re more Active, getting fitter and walking further every week; we take more Notice of the trees and wildlife around us as we walk, we can forget our own issues and concentrate on the life of a woodpecker or a tadpole; we’re Learning, not just about the wildlife and nature but about Cumbernauld, about the paths through the woods and about each other; we’re Connecting with the wild places – but, just as importantly, with each other, making social connections and shared memories that will last long after the project is over; and we’re Giving – simple acts like sharing water, supporting individuals who aren’t as good at walking as others, taking our litter home with us and making wildlife records to share with the rest of the conservation community.

There’ll be another evaluation session once the project is over in a few weeks and I don’t want to jump the gun by being overenthusiastic.  Perhaps the group will report that they don’t feel any benefit at all.  But I know I’ve benefitted and I think I can see it in the others as well.

Being outside, amongst nature, is making us feel better.  Who on earth would have predicted that? 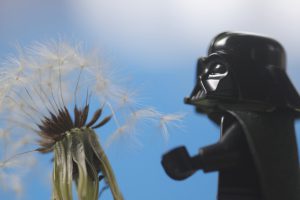 It could work on everyone