You are here: Home / Uncategorized / VAT’s The Way I Like It 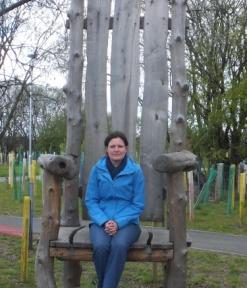 As well as awash with showers, April’s been filled with events, training opportunities and rewilding.

Initially though the month started with a community consultation led by Urban Roots on ideas for the Broomloan Road Pocket Park. Not only was I attending as an opportunity to shadow but also as a local resident. I then set up 2 meetings to further investigate the community engagement techniques used by both the Forestry Commission and Glasgow City Council Countryside Rangers. Taking a visit to Cuningar Loop also gave me the chance to see on-going work carried out by the Forestry Commission to transform a sizeable area in Glasgow’s east end into a woodland park filled with innovative nature play and sporting activities all the while enhancing the areas natural heritage. 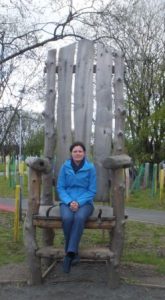 Taking a pew and enjoying the view

April also saw TCV host a number of Swarm events in Glasgow. The first was a community initiative in Torrance aiming to improve access and the habitat value of a local woodland. 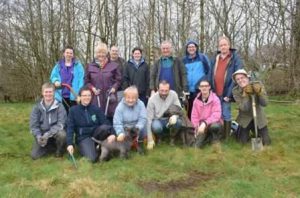 Pawsing for a breather with our furry supervisor

The second Swarm event was at Possilpark, part of the GlasGrow initiative to establish a community garden in the north of the city. 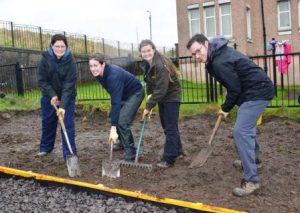 Path work…don’t you just dig it 🙂

I have also been lucky enough to help with 2 projects run by Seven Lochs this month. The first was a collaborative venture with Friends of Glasgow’s Local Nature Reserves to install 5 Bio Islands on Hogganfield Loch to provide nesting sites for Great Crested Grebes and to add to the biodiversity of the area. Not only has the project won local acclaim but it has also been recognised in Greenspace Scotland’s Project of the Month. 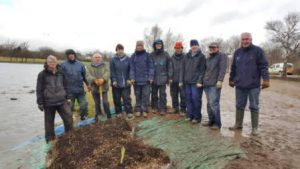 The second event with Seven Lochs was again at Hogganfield. The Spring Trail was a free environmental education activity run with additional scope to promote the work of the organisation. Despite the hail stones there was a good turn out. 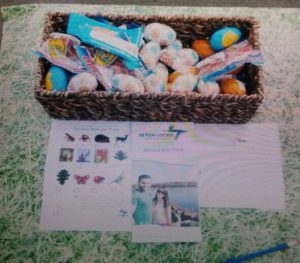 An egg-cellent turn out despite the hailstorms

The Butterfly Conservation Trust however picked a glorious day to host their launch of the Urban Butterfly Project at the Botanics in Glasgow. Sadly though, the butterflies were still in hiding during our afternoon stroll. 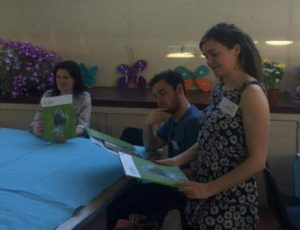 On a similarly sunny day I joined TCV for an RBS Employee Action Day held at the VAT Run in South Queensferry. The task for the day was to enhance and create a number of paths within the site to improve access. The bike track is managed by the VAT Pack and was the idea of the Greenferry Trust. 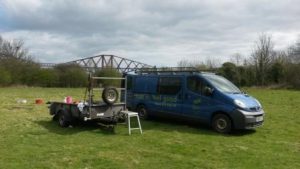 Helping bridge the gap for local residents at South Queensferry

My final event of the month was helping fellow CSGN trainee Giovanna with her first school session at Deanburn Primary in Bo’ness. Using the green space of Deanburn Glen we carried out a number of observational and mapping activities to help the school kids explore the area for their Discovery John Muir Award. 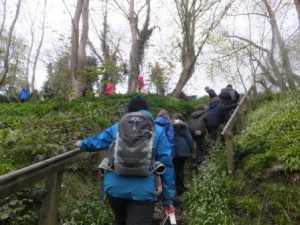 Climbing the dizzy heights to Discovery

The school children weren’t the only ones striving for certificates. I undertook an online training course on Data Protection, the Royal Environmental Health Institute of Scotland’s Elementary Food and Health course and Paths for All’s Workplace Walking. 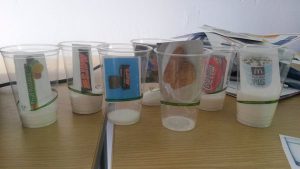 Rethinking my need for a sugar rush 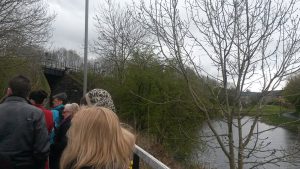 A walk along the ‘water’ side

April has also seen the start of TCV’s Community Rewilding Projects in Clydebank as well as some community engagement in Inverclyde, Clydebank and Yoker.

The ‘Rewild the Child’ event at Faifley was a free outdoor play session focussing on bugs and beasties. As well as worm charming, worm tig and a beastie hunt the kids also helped make bug hotels to take home and hang in the gardens. 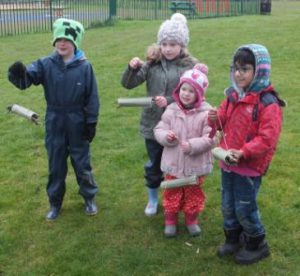 Braving the elements within the last weeks of the month I began conducting a number of baseline questionnaires regarding people’s perceptions of their local green spaces and met with a number of Youth Groups in Inverclyde to explore the possibility of joining forces on future rewilding projects. Also that week I carried out a leaflet drop across Yoker to promote the ‘Go Wild in your Garden’ event which led to an impromptue but well received presentation at Yoker Primary. 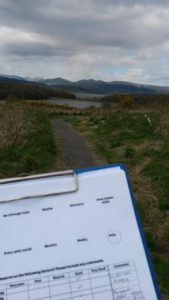 Hearing from vocal locals in Inverclyde

The final rewilding activity this month was a volunteer day at Faifley. Joined by the TCV Glasgow midweek group and a local resident, we tackled the clogged burn by digging out the silt and removing the rubbish which included an exercise ball and kids picnic table to name but a few of the oddities. 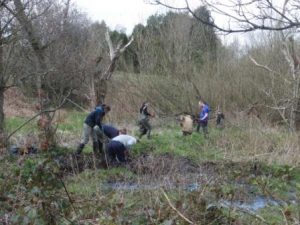