March has been a hive of activity, almost literally, thanks, in part, to a training course on Bumblebees, chances to job shadow, a number of forums, site visits and case studies and joining forces to green up Glasgow and the Central Belt.

Initially I joined forces with Giovanna in Shotts to help her with her first volunteer day resurfacing the teaching circle in the Local Nature Reserve with mulch.

I then teamed up with the majority of the Scottish based Natural Network trainees and a few Natural Talent trainees at TCV’s Maryhill’s Natures Treasures event held as part of British Science Week. An excellent opportunity to demonstrate biodiversity within the local environment. 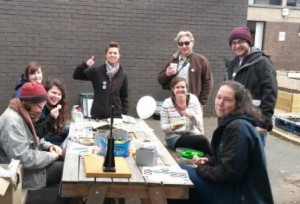 The community rewilding of Yoker, Clydebank and Inverclyde covers a large expanse of the West of Scotland. As a result, I’ll be joining forces with TCV’s Senior Project Officer for Community Rewilding on environmental and community improvement projects and began this joint venture with a number of site visits to the areas. 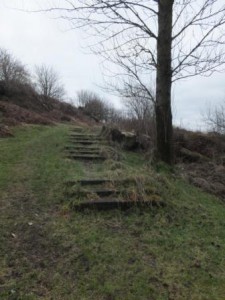 Taking a walk on the wild side in Faifley

I have also been investigating more community growing projects in Glasgow such as the Tollcross Allotments and Shettleston Community Growing Project.

A novel approach to Urban rewilding in Shettleston 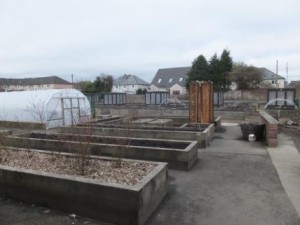 To gain a greater insight into the green space development projects implemented by the Central Scotland Green Network I took a trip to Lanthorn Park in Livingston and was intrigued by the interpretation they used. 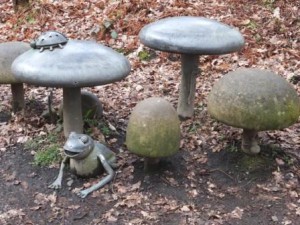 Later in the month I enlisted the help of my dad as TCV’s newest recruit (chauffeur) to reach some more isolated community development projects in Lanarkshire. The Old Mine Nature Park is a Forestry Commission Scotland project reclaiming derelict industrial land. Redlees has been enhanced to showcase the area’s history as a quarry and World War 2 Anti Aircraft Battery site. 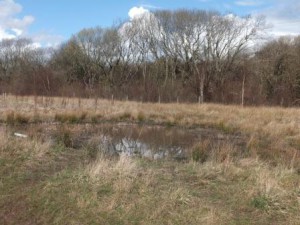 Wood you believe it……the former site of a mine 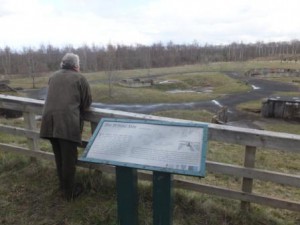 A substantial element of my traineeship will be shadowing the Glasgow and Clyde Valley Green Network Partnership’s Development Officer and Central Scotland Green Network Project Officer. In the first instance I was afforded the opportunity to sit in on a meeting with Glasgow City Council on woodland development strategies for the Gartloch/Gartcosh Green Space which was particularly interesting as a former volunteer with Seven Lochs. In terms of the latter I have been a participant in a number of stakeholder meetings held with Glasgow City Council, West Dunbartonshire Council and Inverclyde Council. The purpose of these meetings was to gauge their reactions on the overall strategic proposals for under performing green spaces within their boundaries.

In light of the proposals to improve the connectivity of the woodlands throughout Clydebank I sought to speak with the Community Woodland Officer for Castlemilk Housing Association. From him I was able to gain a greater insight into the community engagement techniques he uses. These techniques have been really successful in maintaining the momentum of the environmental improvement projects there. 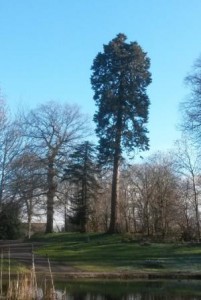 March was also a fever of forums, talks and charrettes. The final presentation at Greenock’s Charrette showcased the outcomes of many weeks worth of community consultation techniques to gauge local aspirations for the development of the town centre. Dynamic Earth was then host to a talk orchestrated by the John Muir Award on Learning Away and the benefits of residential learning. What a difference a day away makes to appreciating the world around us and making us better citizens and stewards of our local environment.

Finally, I attended 2 forums. The first was the Growing Well Together – Sharing Best Practice and Collaboration between Community Gardens and the NHS. A fantastic demonstration of the environment benefits as well as the physical and mental of being outdoors. 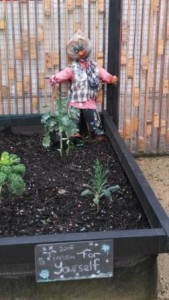 Even Scarecrows need some time for themselves

The second Forum was organised by our very own Lucy, a Natural Networks trainee in Edinburgh. This forum was concerned with Promoting Green Health in Later Life. It showcased a number of fantastic projects running in the east of Scotland that ranged from community growing to sporting activities all of which demonstrated valuable physical, mental, environmental and economic benefits. 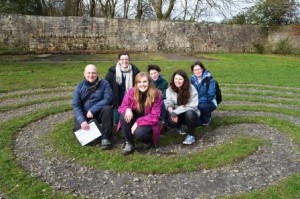 As Spring emerged so too did the opportunity to take part in a number of training courses. The first was run by Frances Stoakley, a former Natural Talent trainee and an expert on Lichens. Her citizen science project ‘Making the Invisible Visible’ was a very informative and comprehensible means to gauge air quality with anyone willing to get up close and personal. 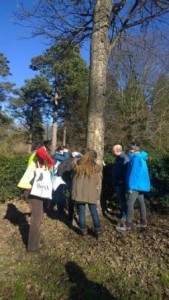 Thanks to the My Guide Ambassador from Guide Dogs from the Blind I am now  certified as a Community Sighted Guide. Hopefully this will discourage anyone visually impaired not coming along to a community engagement event I hold in the future . 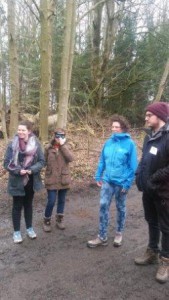 Can’t see the woods for the …blindfold

TCV have also certified me in completing their Environment and Community Leaders Training course on Forest Skills though my whittling leaves a lot to be desired. 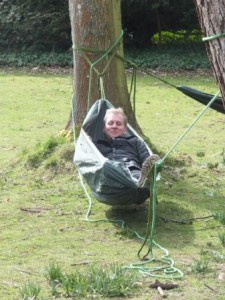 And Be(e)fore I forget I have to mention the Bumblebee Identification course run by the Bumblebee Conservation Trust and the Royal Botanic Gardens Edinburgh, orchestrated by Edinburgh Living Landscapes. This was an incredibly informative presentation and a really engaging citizen science project for a be(e)ginner like me. Not only did the day serve to highlight how important Bumblebees are to pollination but the value of flora and the need to rewild urban areas for their survival – blooming marvellous. 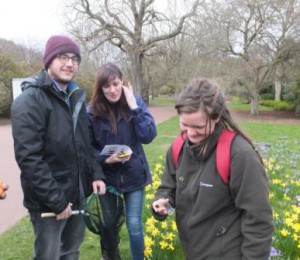 Jess demonstrating her skills as a Bee wrangler