You are here: Home / Uncategorized / (Re)Wild at Heart 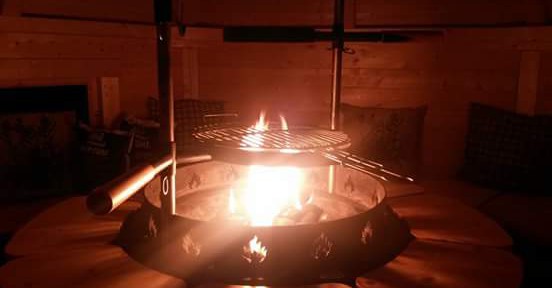 So my name is Emma Straughan and if my surname wasn’t enough of a mouthful wait until you read my job title. I am the Urban Rewilding Community Officer based with Glasgow and Clyde Valley Green Network Partnership, working alongside the Central Scotland Green Network…..phew 🙂 Simply put, I’m hoping to engage with local communities in Yoker, Clydebank and Inverclyde in a bid to enhance underused green spaces and vacant and derelict land. This will be for a variety of benefits including improvements in biodiversity, active travel and climate change adaptation.

TCV’s Natural Networks Traineeship has given me the opportunity to put to better use my Honours Degree in Rural Resource Management, almost 4 years of volunteering with organisations like Seven Lochs, the National Trust for Scotland and David Livingston Centre, Scottish Canals, the RSPB and SWT, as well as my managerial experience working in Greggs (other sausage roll sellers are available).

So armed with all this knowledge, experience and of course my cola (I’ll avoid any brand names this time), off I trooped to Edinburgh to begin my induction. So things had started heating up in January, in part thanks to our fire pit at the induction, obviously involving the odd toasted marshmallow. 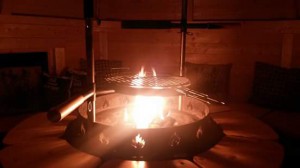 February was just as ablaze with activity including a number of site visits, case studies, community engagement meetings and catching up.

Initially these were to my own areas of study including Inverclyde and Clydebank. 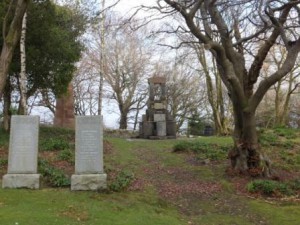 Looking to breathe some (wild)life back to Greenock Crematorium

An opportunity for Rewilding at Queens Quay in Clydebank?

Later in the month I ventured to not-so-sunny Shotts to see where my fellow trainee Giovanna was based and the work being carried out there. 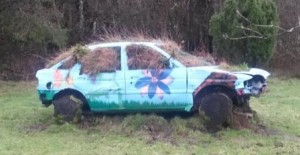 An alternative approach to Green Transport in Shotts

Later on in February I began some research into local community engagement projects in Glasgow and also spoke with a number of organisations about the techniques they employ including Seven Lochs and TCV. 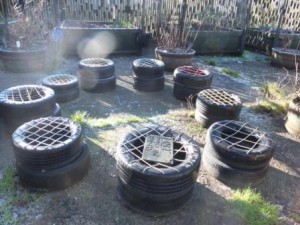 About to take a pew and and enjoy the view at the Concrete Gardens….from raised beds to potting sheds, there’s a lot growing on here 🙂 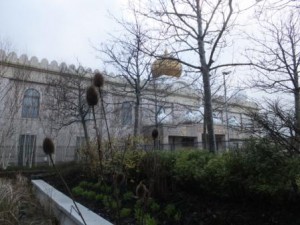 Discovering the hidden treasures at the Hidden Gardens

Towards the end of the month I was afforded the opportunity to attend GCVNP’s 10th Anniversary Conference as well as the Natural Network Trainee’s 1st month anniversary do in Kilmarnock, celebrated with Jenny, Carolyn, David and of course our gracious (ahem) leader Tim. 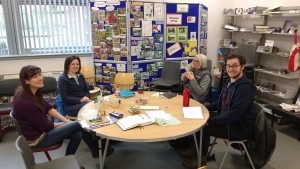 Catching up in Kilmarnock