You are here: Home / Uncategorized / Spring into Autumn….forget about ‘Summer’!

Why hellooooo Natural Communities fans and avid readers! You may have noticed a distinct blogging black hole recently, but FEAR NOT!….we are making a mass return to the Natural Communities blogosphere to enlighten you on what we’ve been up to over the last couple of months.

Firstly, I would like to explain my absence by showing you a picture from my mid-September get-away…I walked the West Highland Way. 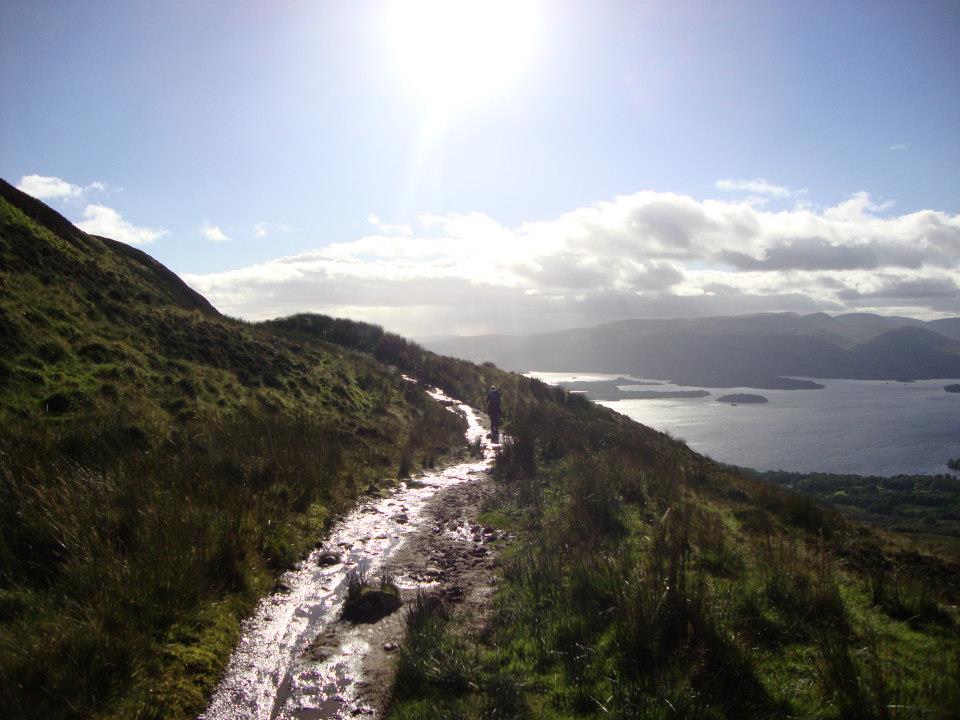 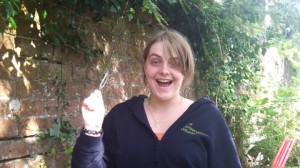 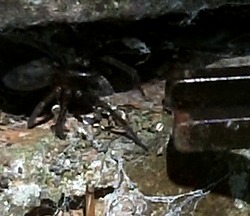 Most of this work required looking at spiders very closely through a microscope and drawing pictures of their lady-bits. I also had a go at spider hunting using a tuning-fork of all things! I think I have pin-pointed my fear of spiders to large, brown, hairy ones, especially when they take me by surprise.

The beginning of September saw the return of Stirling’s Great Outdoors Festival, where I helped out at a Fungi Foray at Doune Ponds, 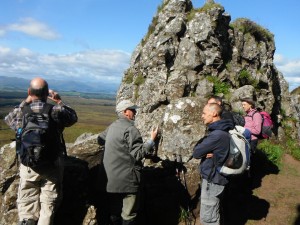 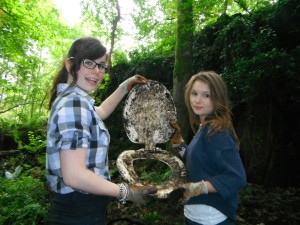 a geology walk up The Whangie (a geological wonder) and an Archaeological Dig at Abbey Craig where we excavated an old Victorian midden left behind from a thriving tearoom next to the Wallace Monument. Interesting finds included a china egg-cup, lots of old-school bottle stoppers from lemonade bottles, a souvenir plate from the National Wallace Monument, a commando’s dagger and a couple of toilet seats from an old toilet block. I also lead a tree walk up Gillies Hill on a lovely late-summer’s day. The event was attended by one member of the public and a fellow ranger….but we don’t talk about that. 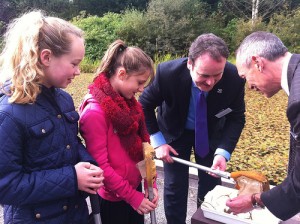 New Environment Minister Paul Wheelhouse taking part in a BioBlitz at Vogrie Country Park with pupils from Tynewater Primary School ahead of British Irish Council talks on Biodiversity. – Photo thanks to the Scottish Government.

I was also invited along to be a Bug expert at a BioBlitz held at Vogrie Country Park in Midlothian. This was a big deal as the event was attended by the New Environment Minister, Paul Wheelhouse, and a gaggle of ministers from the British-Irish Council. The ministers were split up to join in with various activities including pond dipping, plant identification and my favorite activity…you guessed it!…Bug Hunting! The ministers had a great time let loose with sweep nets and tubs and blended in well with the primary children as they ooohed and aaahed at pill millipedes, ground beetles and slugs.

Shortly after my West Highland Way adventure, I gave a talk and held a stall on Natural Communities at the Forth Valley Wildlife and Landscape Forum at Alloa Academy. The day was filled with some great talks and was the perfect opportunity for some good old networking and not forgetting the amazing cakes on offer. 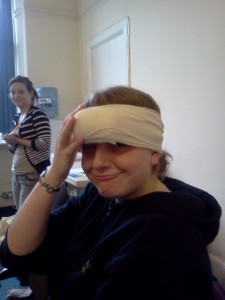 Also, I am now a qualified First Aider. 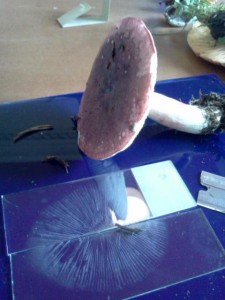 A few weekends ago I helped out Faith with a community event at Ravenswood LNR in Cumbernauld. I have also attended a Fungi ID course at Vogrie Country Park, lead by Neville Kilkenny, ex-Natural Talent Apprentice. The course was really fun and I even got to have a go at spore printing 🙂

Last but certainly not least, I met up with some of the Natural Communities crew last Friday at Kindrogan Field Studies Centre in Perthshire for a 4-day training course on Small Mammals run by the amazing Jeff Clarke and Paul Hill. We had an amazing time becoming expert small mammal handlers, including woodmice, bank voles and common and pygmy shrews. We also visited Glen Shee to watch Mountain Hares, got up at 5.30am for a fruitless wildcat stake-out, went looking for pine marten poo, sat on a freezing night watching pine martens and listened to red deer rutting in a nearby glen whilst watching the stars and northern lights in temperatures as low as -5.5°C! 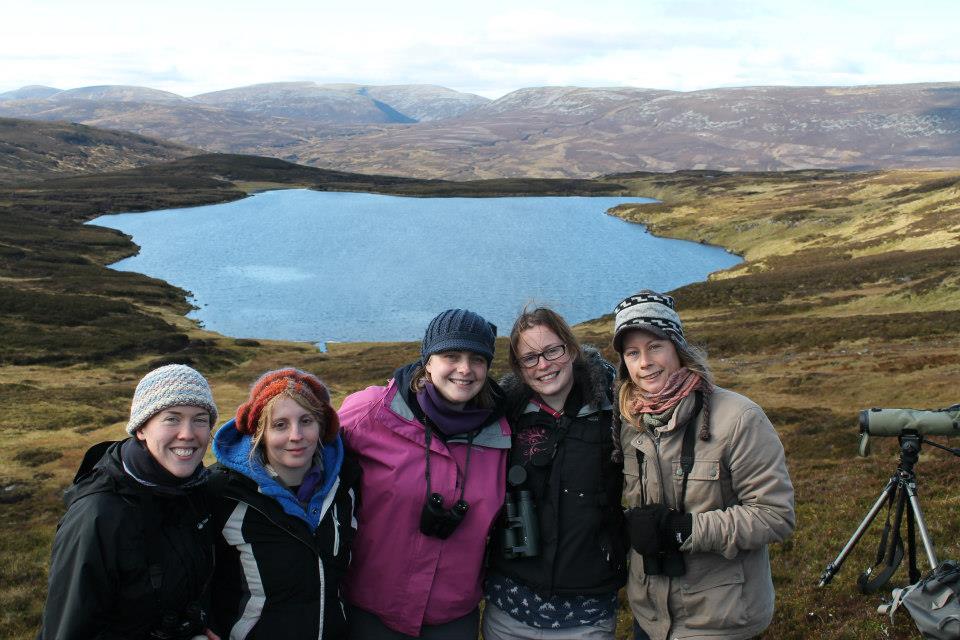 How cute! Its a wood mouse.

Okay….so I think that’s everything all caught up. I hope you enjoyed!

Until next time, cheerio!