You are here: Home / Citizen Science / Spot a species – wildlife recording over Christmas

Every month at TCV we produce a monthly wildlife recording list which we send out with all our conservation volunteering teams across Scotland to give them examples and ideas of the likely species that they might see. Recording wildlife that our volunteers see, whether it’s a waxwing or even a common mallard, is great information that can be recorded onto the NBN gateway and may even help to protect certain sites.  It’s also a great way for our volunteers to learn about biological recording and enhance their ID skills. So we thought we’d share a couple of the species for this month.  If you’re out and about over the Christmas holidays, why not have a quick glance and see if you can spot any of these… 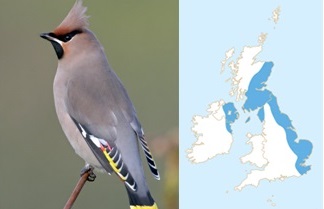 The waxwing is a beautiful winter visitor to Britain – a small plump bird that resembles the shape of a Starling. Look out for its distinctive pinkish-brown plumage, black face and reddish-brown crest. In flight, you can spot the bright yellow tip of its tail.

The Waxwing can be spotted in Britain from October – March, with December being its peak month. Upon arrival, they usually re-locate to the east coast of Britain. As the months get colder, and food becomes scarcer, they slowly move inland in search of more food.

Being a winter visitor to Britain, Waxwings eat many berries including rowan and hawthorn. They also feed in cotoneaster and rose berries. 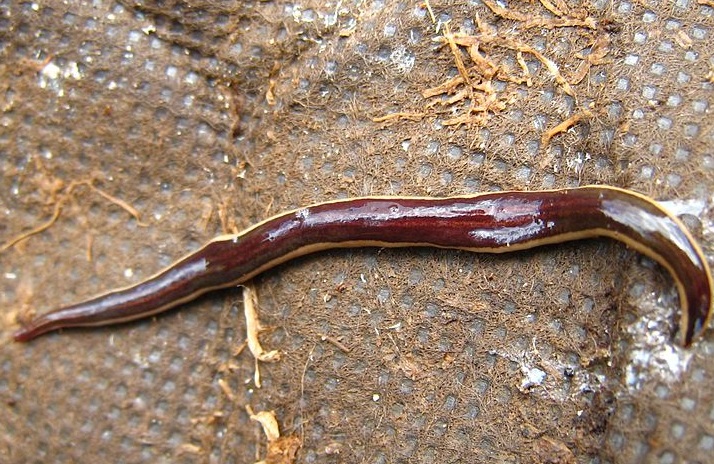 The New Zealand flatworm is widespread around Scotland, and is causing havoc with our native earthworms, which are its main source of food. The flatworm was first recorded in Scotland in 1965, and is now widely distributed across Scotland including the Highlands and Islands.

They can usually be found under wood and stones lying on the bare earth. They are a dark brown-maroon colour and are very flat, pointy at both ends and covered with a sticky mucus. These flatworms can greatly vary in shape, from short and stumpy to long and narrow and can reach up to around 15cm in length.

The flatworms feed on earthworms in a fairly gruesome manner – it’s thought that they firstly anaesthetise the worms by releasing digestive enzymes and then finish by sucking up the remaining parts like soup!

It’s really important to record these species due to the detrimental effects they are currently having on British earthworms. Low populations of earthworms are also negatively impacting soil drainage.  Mammals and other animals dependent on earthworms for food (such as badgers, moles and birds) are also being affected. If you want to check the state of your soil, take part in the OPAL Soil Survey, which looks at the different types of earthworms within the soil.