You are here: Home / Uncategorized / Don’t Do Lichens Kids! 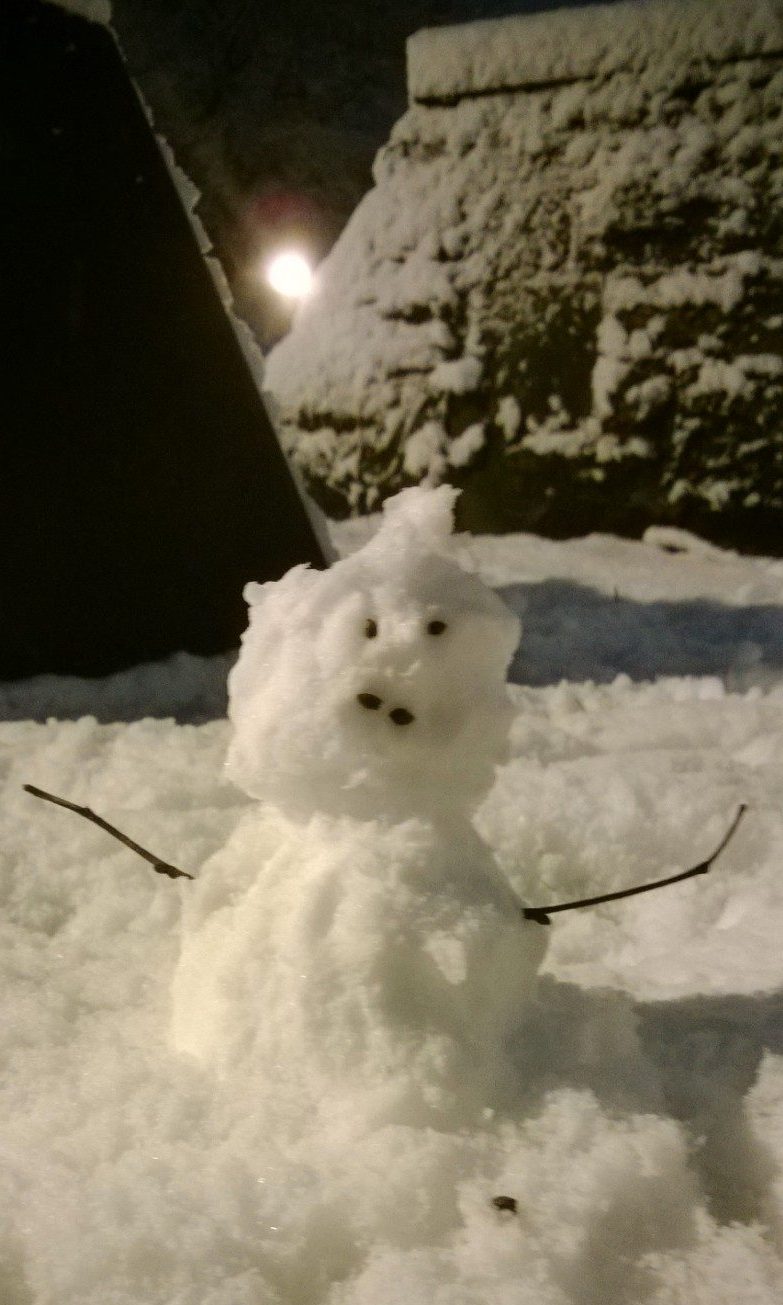 A belated introduction from me, I am one of this year’s Natural Talent trainees.

As the title might suggest I have a focus on Lichens (the ecological equivalent of Benny from ABBA. Vitally important but best known for being the one in the background with a “Bushy” beard) with the addition of Seaweeds (keeping with the ABBA theme they would probably be Bjorn, the one without the beard…). ABBA references aside, not many people know that much about these groups, so I’ll be trying my best to publicise these guys whilst working with projects based along the Edinburgh shoreline.

Having finally settled in to the strange mixture of things that being a trainee entails, I thought it would be a good idea to share with you some of the things I have gotten up to in the last couple of months. 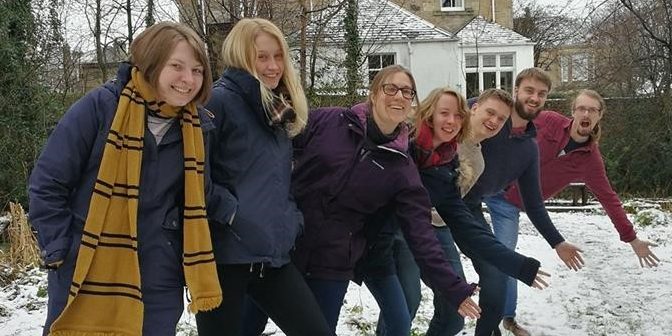 I’m the handsome specimen near the far right, almost a young Benny from ABBA. Don’t you think?

I was induced, along with my fellow trainees, in a snow-covered, whisper-quiet Stirling. Under the dim winter light we were introduced to TCV, the traineeship, reams of paperwork and “Those that had gone before…”

After a lovely couple of days of making friends both physical and made of snow, panic struck. I hadn’t yet found a place to live! (No need to worry, I soon found a flat, complete with a bed, kettle and coffee. The necessities of life). 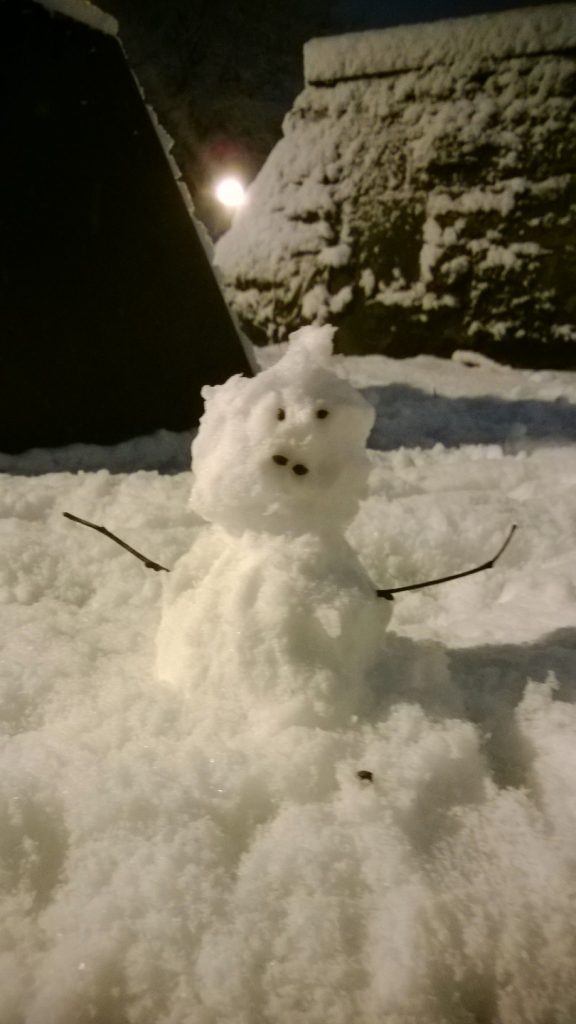 Our little chap didn’t have the best of times. Brought to life on Sunday, entombed by snow on Monday, little more than a puddle on Wednesday….

A Lot of Lichens to Learn

Work began in earnest as I busied myself with learning the common species of lichen that you can find in the UK. Shoreline, park, cemetery, botanical garden, anywhere! These little guys have found their way into every nook and cranny, with a different shape for each (although most look very similar to each other, to my memories frustration).

All of my new knowledge was quickly put to good use as I helped lead the renowned and adrenaline inducing “Lichen Safari of the Royal Botanical Gardens of Edinburgh”.

Although the weather had dampened the enthusiasm of but a few for our first outing, the second did not suffer the same misfortune. The sun gently baked the lawns and enticed a sizable group, keen to learn the ways of the lichen. 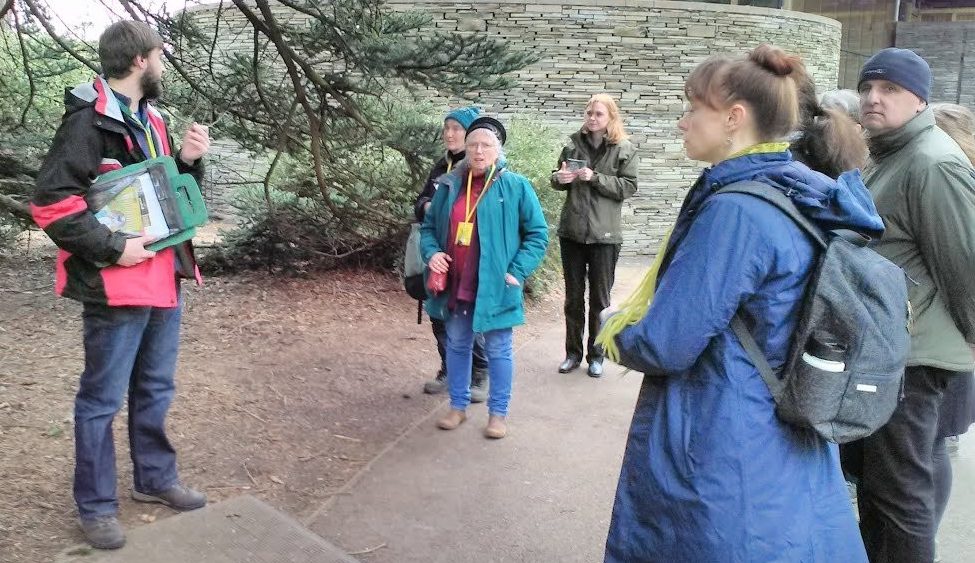 All the evidence would suggest that the safaris were a success. Lots of questions. Plus we didn’t lose any too!

I continue my study of the little lovable lichens, scrounging up all available sources of information. I will keep you informed. But let’s not forget about the squishy scent-full seaweeds!
(My old English teacher would be proud of the textbook alliteration used there).

I had the chance to assist Aroa (2017 trainee) on her final shore survey, brushing up on my seaweed knowledge as we trudged along the rocky beach of Joppa, Edinburgh. A beach-goers hotspot in the mild Scottish summer I’m told by many, not so much on a slightly moist February morning. I enjoyed it in my own way.

You can see the joy on her face! I apologise for the out-of-focus photo, I was shaking with excitement. It had nothing to do with the rather cool temperature….

The previous months also contained many trips out with the TCV lot. From tree planting to pond dipping, seed bomb making to gorse bashing. Each outing resulted in lots of fun and meeting many new faces. It was good to explore parts of the country I had not visited before, being a foreigner to this blessed northern land (I have to agree with the locals though, the hills in Scotland are bigger then the hills in Wales). Many more trips are yet to come! 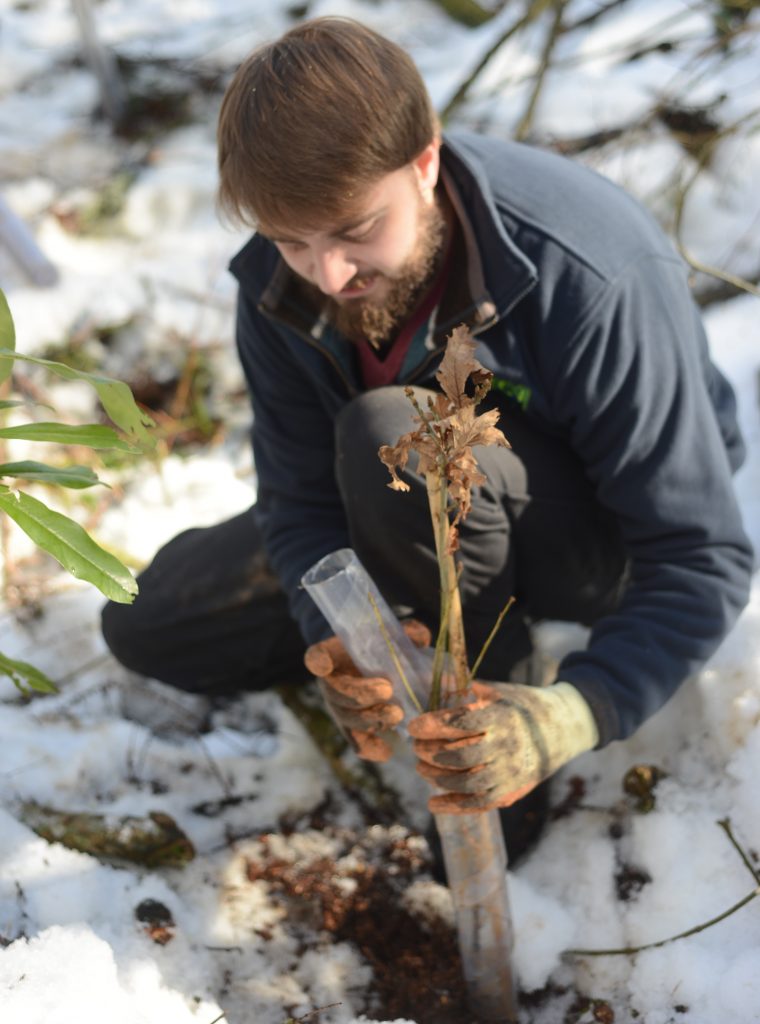 It took much concentration and plenty of face-pulling, but after a good 10mins and cheers from onlookers the tree guard was in finally place.

Finally I would like to thank TCV for this opportunity, RBGE and SAMS for supporting me over the next couple of months and the Esmee Fairburn Foundation for supporting the Natural Talent Trainee scheme. It’s been fun and I’m looking forward to having more fun very soon! 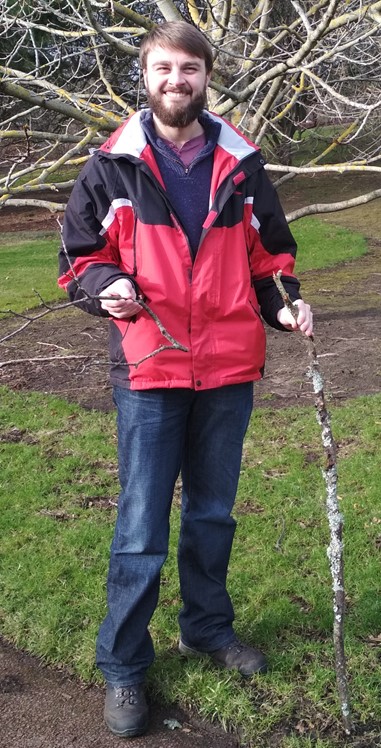 Above is a photograph of someone with a classic case of “The Lichens”. Symptoms are usually very pronounced: often observed in quite strange positions taking a keen interest in rocks, twigs or pavements. Will snort loudly when spooked, tossing lichen-covered material in all directions to obscure their escape.
Approach with caution and curiosity!