You are here: Home / WCT / Hill Rise LNR
On Monday 28th February, the Weekday Conservation Team visited Hill Rise Local Nature Reserve in Bedford. This site had once been built on, but when the buildings were demolished, local people stepped in to save it and it has been a local nature reserve for the past twenty years.
Below – a before photo for once! Actually it’s a “half way through” photo as I forgot to take a before one again, but it’s something! We were there to clear back the vegetation along the paths in order to keep the pathways open for people to get round, and to thin some of the trees so that there will be more light for wildflowers. 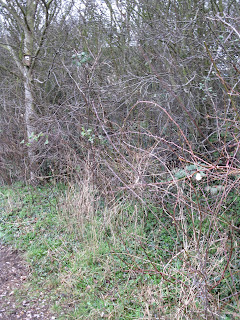 Below – Even in February, the site already has some flowers – there are plenty of aconites (shown in the photo) and violets flowering, and a small number of snowdrops. 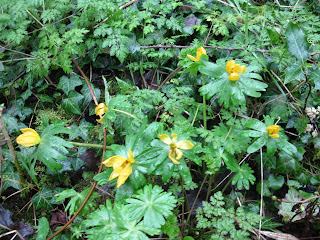 Below, Duncan is teaching Martin everything he knows. In the first photo, he is showing Martin how to check that the forks and rakes aren’t made out of rubber, and in the second one he is demonstrating how to check that the fence is sturdy enough! You can just make out John in the second photo, hard at work as usual! Either that or he was hiding from me in the undergrowth. 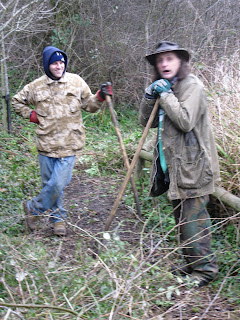 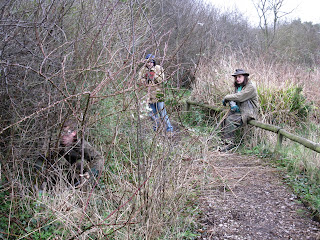 I have to point out that Martin and Duncs did do plenty of work during the day, honest! I just happened to catch these two moments!

And an after photo, showing how much more clear the pathways are. This will keep them open to allow local people to enjoy the site. 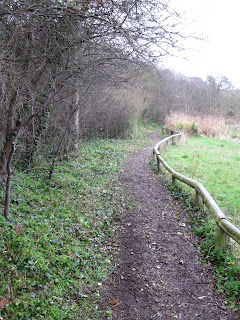