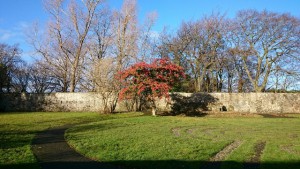 What a busy few months! Since the last entry we’ve harvested our first ever turnips from the garden, more radishes, the odd surprise leftover potato, raspberries, a few strawberries and the peas and beans never made it out the garden – they were so yummy we ate them as soon as they were picked! Although some did make it in to our hearty pot of soup prepared in the garden on a camp stove and enjoyed by all. 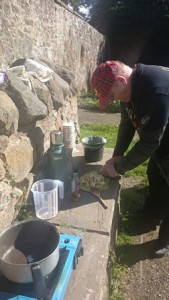 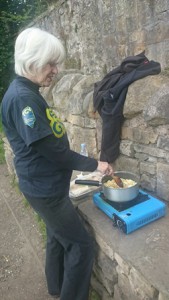 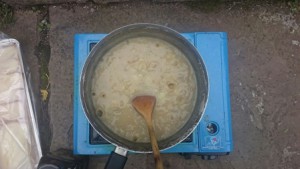 There have been many visitors and residents spotted in the garden late into the summer and into autumn, and it’s not just TCV volunteers…
Spooky spiders, Red Tailed bees, White Tailed bees, Common Carder bees and a particularly inquisitive bee feeding in a foxglove have all been spotted. 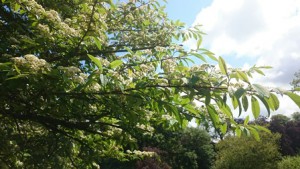 Our Cotoneaster tree was making music, or rather the bees on the flowers were humming their own sweet tunes. 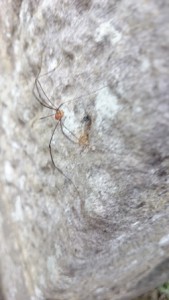 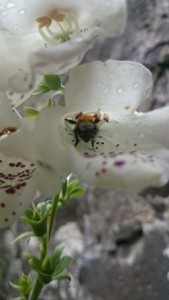 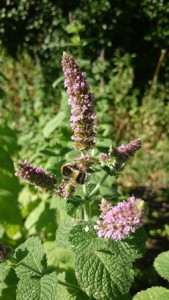 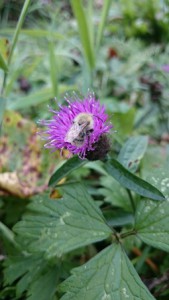 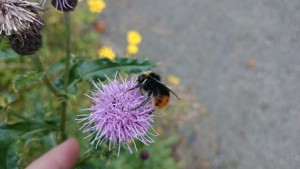 We put our upcycling recycling creative hats on a built a small bench from a pallet. This was painted and will be put in a strategic spot for admiring the garden. 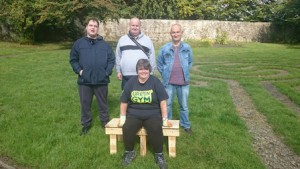 Better late than never for our two surviving sunflowers who finally bloomed in October! 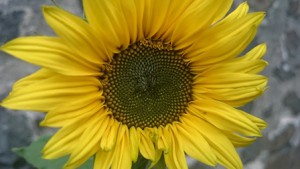 Perhaps it was down to our potion making skills – our very own comfrey fertiliser, the most disgusting smell known to humans, but the plants love it. 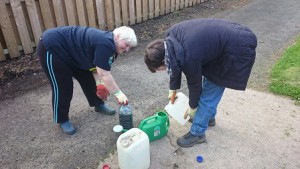 We did some seed collecting from the red campion plants and scattered the seeds along the front of the wall outside the garden hopefully adding some pink in to the mix of yellow and white from the already planted daffodils and other spring bulbs. 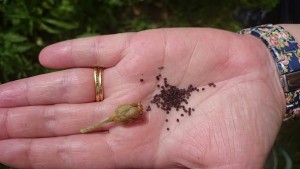 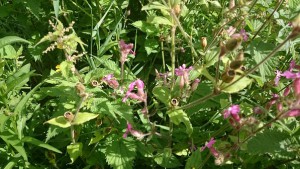 We got to put some winter vegetables in so that we can look forward to more soup next year with some garlic, onions, peas and broad beans all going in to the pot, so to speak… 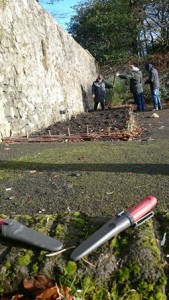 It’s with a bit of sadness and a huge THANK YOU to Landtrust who have funded the project for the last 2.5 years. West Lothian on the Move (WLOTM) will be providing funding in the interim while other bids are submitted and outcomes awaited….WLOTM have been invaluable since the beginning of the Walled Garden Green Gym in Howden way back in 2010 and we are ever grateful to them and all those from West Lothian Council who have supported us over the years. Give yourselves a big pat on the back and accept our thanks for all your involvement. 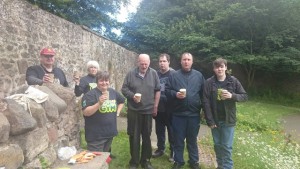