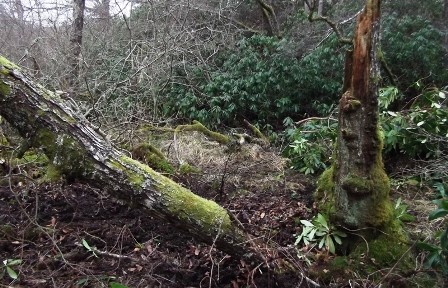 17th February 2012 – Rhododendron Clearing
The midweek group were back up the River Orrin last Friday to tackle some more rhododendrons. We asked volunteer Carolin how she was finding them, since it was her first time doing rhodie clearance, and she gave us the word virulent! One or two of us might have needed a dictionary for that one. Violent and hostile is the definition, which I think is a good way to describe them, also a good word to describe the area we were working in – quite a few wellies were almost lost to the mud! Although a guy who was out with the river bailiff in a white jacket stayed remarkably clean! We need to know his secret. 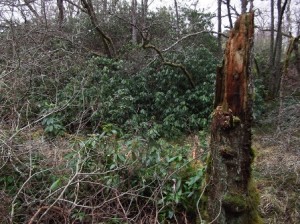 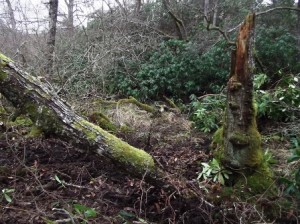 The two photos above a wee snapshot of before and after from one of the sections we cleared – when we finished up we were tackling the beast of a rhodie you can see in the background! 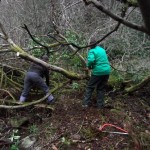 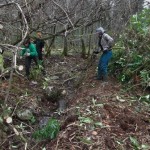 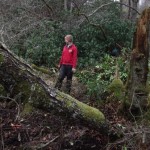 While tackling the massive rhododendron mentioned above volunteer Carolin spotted a wee toad that was not in the safest place – she was likely to be stepped on, or walloped with a branch or 2! So we moved her over to a safer corner. 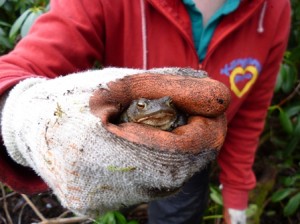 The River Orrin is proving to be a lovely location, full of wildlife in every direction. We keep coming across some wonderful fungi which we really need to get into the swing of identifying! 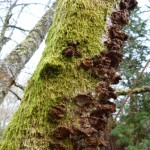 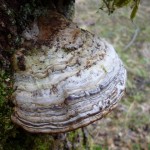