You are here: Home / Uncategorized / Rhodie Bashing on the River Orrin

Midweek Group Tuesday 24th January 2012
The Midweek group were back out again on the River Orrin for some more Rhododendron clearance. Further upstream this time, on the Fairburn Estate, we were working pretty much on the river’s edge. When we parked up we were greeted by some friendly faces, although they were probably more interested in our tea kit than us! 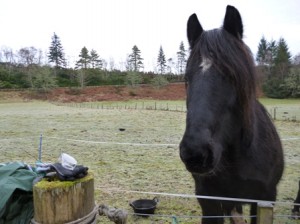 Down the bank we could just about see the River Orrin through the Rhodies! 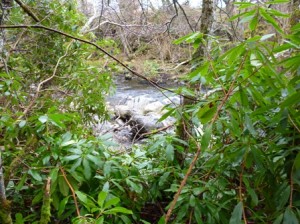 The team got stuck in and soon our piles of cleared rhododendron were stacking up. 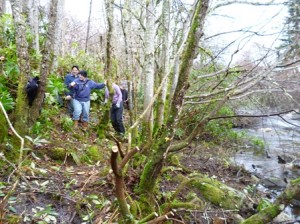 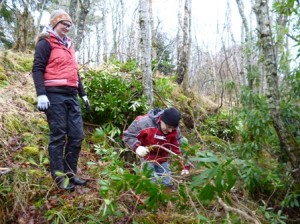 It wasn’t long before we were seeing the River rather than just hearing it! 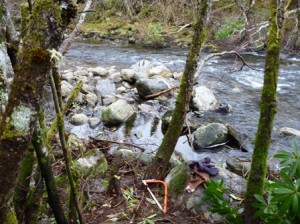