• Orange tip males are very easy to spot with their bright, distinctive orange wing-tips against the white.
• Females have no orange tip so could be confused with Small or Green-veined whites, but they tend to have more rounded wing-tips.
• Their distinctive orange eggs can be found on the caterpillar’s food plants: Cuckoo flower, Garlic Mustard, Honesty and Dame’s violet.
• Orange tip’s fly mid April to June and are widespread in moist grassland areas. 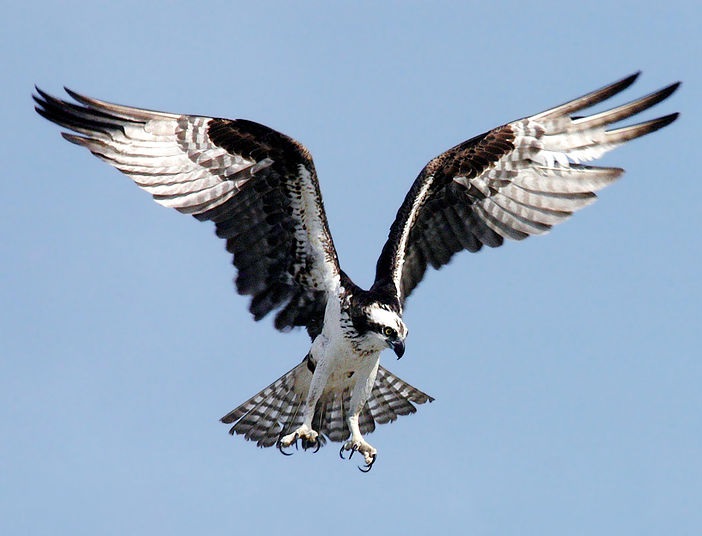 • Another summer migrant visit from Africa, the spectacular bird of prey: the Osprey. It arrives in the UK between April and March, leaving again in August and September. It’s main UK stronghold is Scotland.
• Seen in flight from below, the Osprey has white underparts with distinctive black and white feathers.
• This species is another Amber status species because of its decline due to illegal killing and low breeding numbers.
• Osprey primarily feed on fish.

We send out monthly recording forms to our volunteer groups to help them get involved in recording important seasonal species, so if you want to get more involved in Citizen Science recording, please get in touch or check out more ideas to get involved on our website.