You are here: Home / Uncategorized / All go with the Ballinderry

Apologies for the lack of recent updates, it’s been all go over here, but I’ve finally had enough time to sit down and write down what I’ve been doing, and if you skip to my final section, you’ll learn about some very exciting goings on in the Ballinderry ;).

So my main challenge this summer has been to try and engage and assist with the Trust’s Angler’s Riverfly Monitoring Initiative (ARMI) volunteers. In order to do that I’ve ran an evening workshop where everybody could give their feedback on the project and propose ways in which to alter or improve the project, this had a great turnout with half of the volunteers coming along and bringing their voice to the discussion. As a result of this I compiled and submitted a funding application, which I found out this week was successful! So we now have secured funding to support, equip and provide additional training for our volunteers as thanks for their time. I also ran a refresher course in ARMI sampling and invertebrate identification for the volunteers by myself which has resulted in a significant increase in the quantity of data being submitted by volunteers. 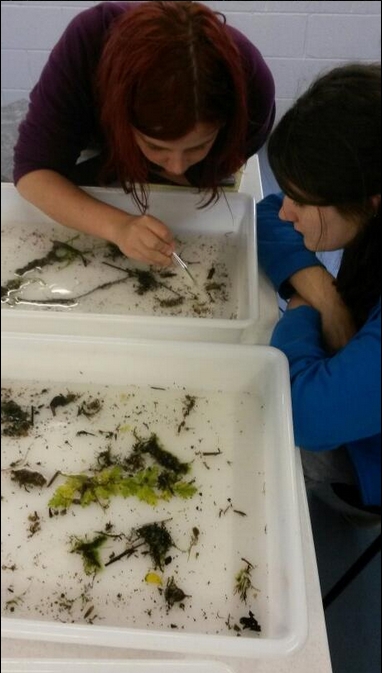 Myself and our volunteer Katie sorting samples in the Riverschool

Beyond this the electrofishing season is well underway, and I’ve even had the opportunity to implement my newly gained electrofishing training! We’ve been sampling sites all over the Ballinderry catchment with a range of successes, with some sites showing large numbers of dollaghan trout fry, with even the occasional salmon (getting up the Bann, into Lough Neagh and up the Ballinderry to spawn definitely requires some determination!) and a few disappointing sites in which the surveying only resulted in the collection of shrimp. 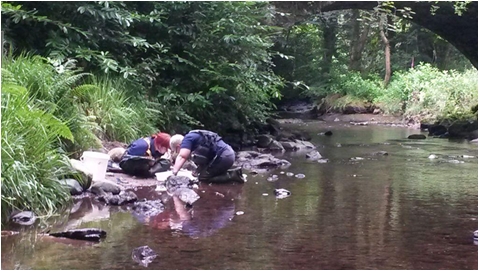 Looking through an invert sample with Lisa at one of our prettiest electrofishing sites.

Relating to shrimp, I’ve been working at the University of Ulster under the guidance of Dr Joerg Arnscheidt on a research project on Gammarus pulex migration. This species of shrimp is a non-native to Ireland, but resident to Great Britain, and can be seen in late-spring/early-summer travelling up the Ballinderry in large numbers. This is a species of potential concern here as they’re far more aggressive than their native counterpart Gammarus duebeni celticus and attack and kill them. They also eat other freshwater invertebrates, which whilst obviously having negative impacts to those populations creates a conundrum for people like me – how do you determine water quality using biological sampling when non-native shrimp have decimated the populations of the invertebrates you use to monitor it? So far a solution still needs to be found.

In order to investigate the migration of these shrimp a research project was devised in which samples were taken at three time points at two different spots along the Lissan Water (a Ballinderry tributary), below and above a weir. The samples were taken during the May-June period, and I’m now in the process of processing them up in Coleraine. Every shrimp is being measured and identified to species level to see if any significant change is occuring in population structure over time. As for the results, I’ll keep you updated on them as they come through! 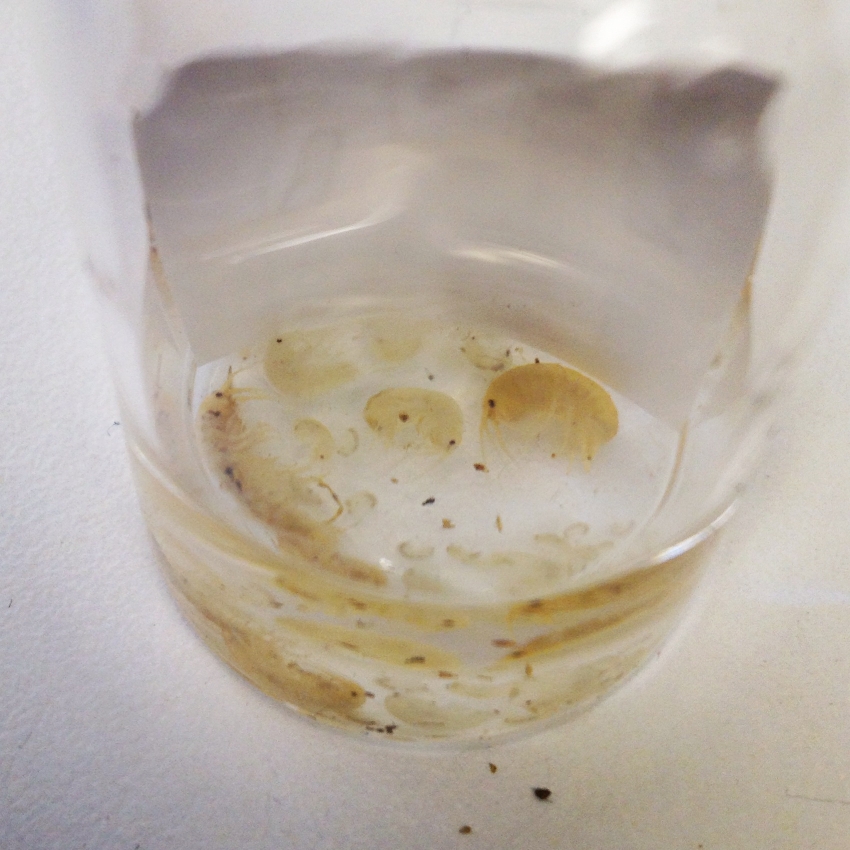 Gammarus pulex from the Lissan Water

Following through with the invertebrates theme, I was down last week assisting on a survey of White-Clawed Crayfish in the Knockballymore loughs in Fermanagh with Ballinderry’s River Care Ltd which is a consultancy business run by the trust alongside Naomi Wilson and her partner Andrew. This was a survey conducted on behalf of NIEA in a site where the White-Clawed Crayfish, whilst historically known to inhabit the site, had unfortunately gone extinct, as a result River Care Ltd reintroduced 60 crayfish from an adjacent lough last year and this years survey was carried out in order to assess the reintroduction’s success. Sadly no crayfish were found during the two days trapping this year, so it seems unlikely there is a viable population in the lough. As a result we’re going back to the drawing board with NIEA to discuss the next step in the project, whether that’s another release or a more in depth exploratory assessment of why the crayfish went extinct in the loughs in the first place.

Public outreach is important for any conservation project to have any meaningful longterm impacts and in the spirit of this myself and David were helping Ballinderry’s Learning and Outreach officer Lisa Kirkwood last weekend at Belfast Zoo’s Native Species Fair. We were talking to visitors from all over Northern Ireland about the plight of the Freshwater Pearl Mussel and hopefully raised awareness of this endangered species 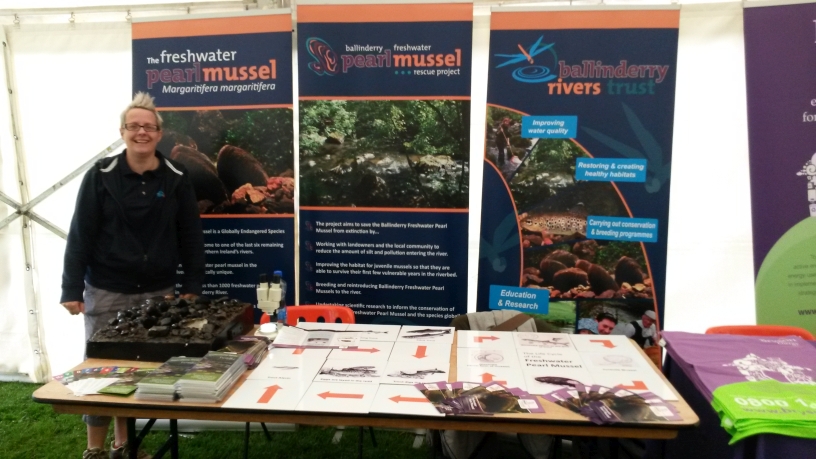 Lisa at our stall at Belfast Zoo’s Native Species Fair

However, very excitingly I have news of an even bigger outreach event! The Ballinderry River’s Trust was filmed today talking about the conservation of the Ballinderry River Freshwater Pearl Mussel Project with John Craven for Countryfile. The weather wasn’t quite as good as it has been over the last few weeks, but no matter, there were some fantastic shots. The episode will be aired on the 17th of August, please tune in to support us. 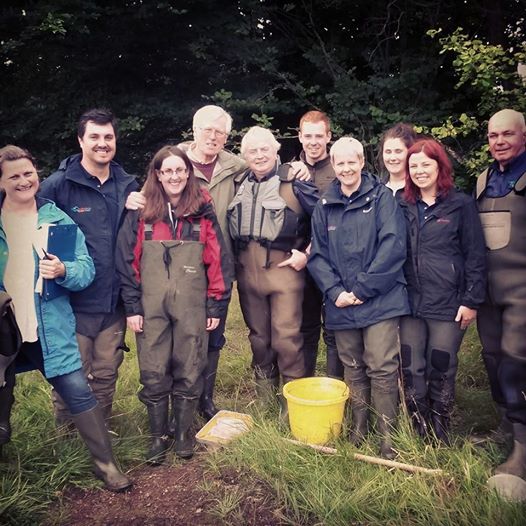 I’m sure that’s more than enough for now, thank you to everybody reading.