Well it’s been another busy couple of months!  Before the summer holidays I was busy working with primary schools, helping local children learn about the wonders of raised bogs. I spent three days with Fallin primary school’s p1’s and 2’s, where we explored Wester Moss bog through storytelling, art and generally… getting muddy. I also had the chance to work with Saint Margaret’s Primary School in Cowie with the p1’s right up to p7’s. The whole school learned about bogs and their associated wildlife. The p4-p7’s created some amazing ‘save the bog’ posters to help us raise awareness of the importance of raised bogs. 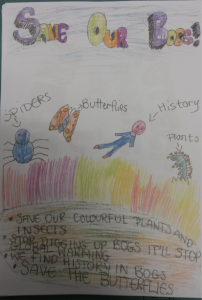 Save our bogs poster

How much water can Sphagnum Moss hold?

My personal project is under way at Blawhorn Moss reserve and the weather’s been perfect so far. I’ve been running themed nature play events, giving parents and children the opportunity to connect with and learn more about, the natural environment. We had great fun at the first two sessions where we did some pond dipping to see what creatures could be found lurking in bog pools, and some seed bombing (sling shot style) on our trees and wildflowers day. 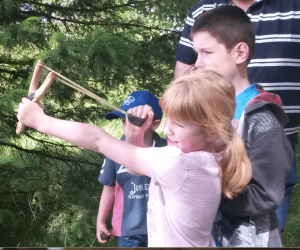 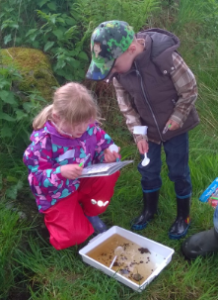 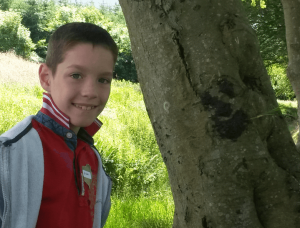 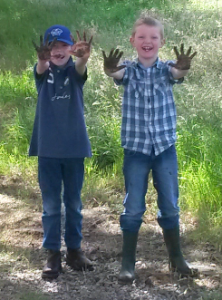 I now also have some new pets… 8 little emperor moth caterpillars, they’ll be popping out of their cocoons next spring and I’ve also started a bit of moth trapping! I was thrilled to get a couple of these guys on my first go. 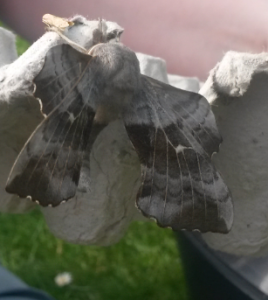 I’m looking forward to doing a talk and some butterfly surveying with the Hidden Gardens in Glasgow and Action In Mind Stirling. I’ll also be popping out to Dobbies in Stirling to do a session with their Little Seedlings kids group. We also have two events coming up…. a family fun day at Fallin Bing on Saturday the 19th of July and an arts event at Blawhorn Moss in Blackridge on the 27th of July (International Bog Day). So feel free to pop along!