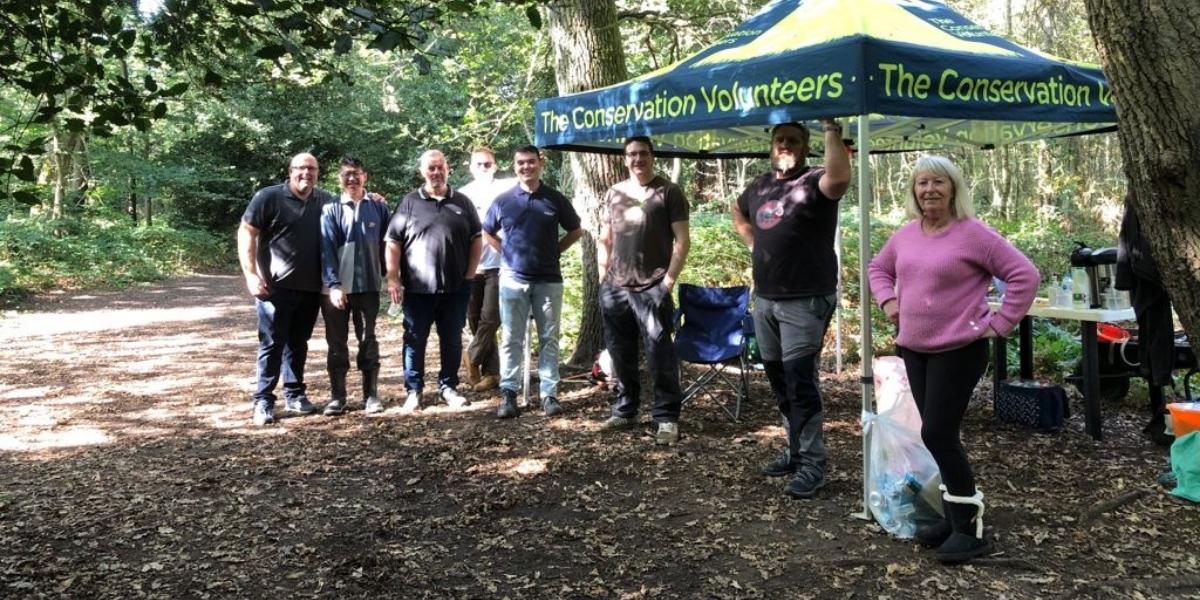 The Conservation Volunteers (TCV) have pledged to plant 5 million trees for people and green spaces by 2025 and our phenomenally popular I Dig Trees programme is open for you to claim free trees for climate, wildlife and communities.

With TCV it’s not just about the planting. We offer advice regarding essential aftercare, giving young trees the best start. We also carry out projects across the UK to maintain planted trees. Our amazing volunteers carry out invasive species management, freeing up space and light to give both native trees and plants a chance to thrive. We improve access to woodlands for communities to enjoy, whilst also using them as a training offer for adults and an educational resource for children, inspiring a life-long love for nature.

As we work together with our fantastic partners, volunteers and thousands of community groups across the UK to reach our ambitious target, Ruth Coxon, TCV Senior Project Officer tells us about the importance of invasive species management in Reading, Berkshire…

At Highwood Nature Reserve in Woodley, conservation activities conducted by TCV involve non-native invasive species removal to improve the biodiversity and ecological functioning of the woodland.

Non-native, invasive species are a real problem globally, being among the largest threats to biodiversity in the world, thought to have cost the UK a whopping £5billion since the 1970s.

Many of these species were accidentally introduced, or sometimes on purpose, without knowing their full ecological impacts. Having not evolved to cope with these alien competitors, our native flora is under threat, with some populations becoming locally extinct as a result.

Some non-native invasive species are actually listed on Schedule 9 of the Wildlife and Countryside Act 1981, meaning that it is an offence to cause them to exist in the wild.

Letting in the light brings new food for insects

Shrubs being removed at Highwood, like cherry laurel and rhododendron, were thought to have been brought here by the Victorians, planted as ornamental bushes or for game cover on estates, but have since reaped havoc within our native woodlands.

These evergreen bushes may disguise themselves as good hedging material in people’s gardens and create good screen cover, but in our native woodlands, they drastically reduce biodiversity.

Their large shiny leaves are largely unpalatable to insects, leaving them green all year around which actively out-shades and out-competes the more beneficial ground flora, choking dense woodlands and reducing the chances for natural regeneration of our native tree species.

With limited access to light, overall plant diversity radically diminishes within laurel and rhododendron overrun woodlands, especially since rhododendron injects toxins into the soil, preventing any plant growth underneath them. Both species also actively sucker, spreading roots that quickly take over. Recent studies also suggest that rhododendron can kill certain solitary bees or honeybee species when they drink nectar from their flowers.

These reasons alone are enough to promote TCV in helping reverse the degradation of our woodlands, but the benefits of removing these invasives are also being noticed by passers-by!

The newly opened-up canopy, particularly surrounding the footpaths has made the public feel safer. Locals who regularly use the woodland are frequently commenting on the positive impacts to them…

We are also now noticing greater plant diversity in the areas where these invasive species have been removed, only a year after cutting them down.

Species like wood avens, wood anemone, foxglove, willowherb, and nightshade species have been recorded as well as the noticeable natural regeneration of native trees like cherry, elm, field maple, yew and rowan.

Thanks to the volunteers

This is all thank you to the regular Woodland Improvement Team volunteers and the various corporate groups which have had a hand in improving Highwood Nature Reserve, each person has made an immense impact on improving the site, which has been repeatedly praised by Wokingham Borough Council as site owners:

Whilst we have made an incredible impact on curbing the non-native invasion of shrubs at Highwood, there is still more to do. We hope to make more progress removing laurel and rhododendron here over the next couple of years and improve it for both people and wildlife.

Thank you to the Rangers who have supported us with this project so far.

Keep up to date with the latest news and activities from The Conservation Volunteers by following on Twitter, Facebook, LinkedIn and Instagram. You can also sign up to receive our Greenzine newsletter for more ways to get involved.