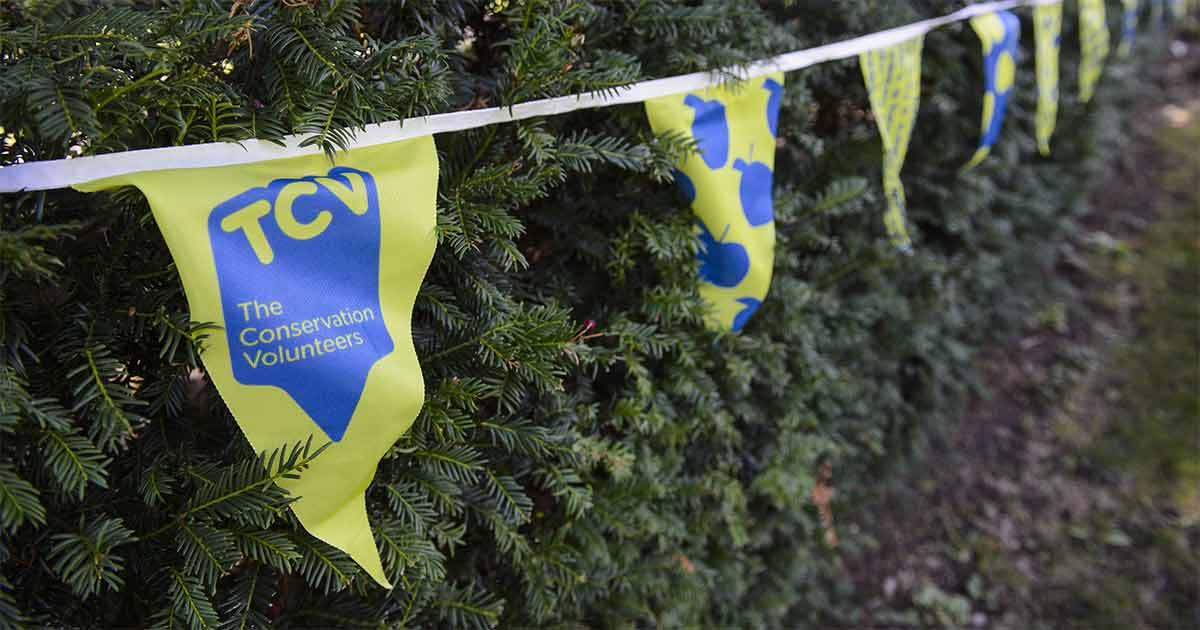 As the year draws to a close, some of us will be thinking about making New Year’s Resolutions. The tradition dates back to ancient Babylonian times, where people would make promises to their gods during Akitu, a 12-day religious ceremony held in mid-March when the Babylonians celebrated New Year.

Similar traditions occurred in ancient Rome and for early Christians, and whilst the tradition may be based in religion, the practice is mostly secular today.

At TCV this year, we have been focused on inspiring the next generation of conservation heroes, but there is still so many little things that we can do in our day-to-day lives that can inspire the next generation, and those around us, to protect our natural environment.

So, for those of you who might be inspired to make resolutions this year, we’re sharing a few ideas that are simple to stick to and help save the planet at the same time.

Make a difference to your local environment by volunteering with your local TCV group. TCV are committed to providing positive lasting outcomes for green spaces and volunteers. Join in, feel good, and save the planet along the way.

Transport emissions accounted for a third of all carbon dioxide emissions in the UK. By walking, cycling or using public transport where necessary, you are reducing your carbon footprint on the planet.

Trees are a ‘natural climate solution’ as they withdraw carbon from the air and release oxygen. Tree planting initiatives are running across the UK and globally. This year, TCV & OVO’s tree planting initiative ‘I Dig Trees’ planted its 1 millionth tree and we worked alongside the Mayor of London to help increase London’s tree canopy.

Reduce meat and animal products in your diet

Around 25% of all the global climate change problems we’re seeing can be attributed back to the food and the choices that we’re making about what we eat on a daily basis. That’s greater than all the cars on the planet; twice as much global warming pollution as the cars. By reducing the amount of meat and animal products we consume as part of our diet, we can help reduce our carbon footprint and lower the emissions in the atmosphere.

Incorporate seasonal foods into your meals

Not only reducing your plastic consumption but can also save you money too. Most coffee shops and cafés offer a discount for those who bring their own mug and by using your own bags, you save paying anything up to 30p a bag.

TCV is just one of many charities whose work is fighting back against the climate emergency. However, charities cannot carry out their work without the generous support of donations from members of the public. Why not set up a monthly donation to your chosen charity? It doesn’t have to be a huge amount, even the smallest of contributions can make a huge difference. Find out how to donate to TCV.

20 times more plastic is used today in the UK than 50 years ago and  UK supermarkets produce 800,000 tonnes of plastic every year. However, 53% of UK consumers have reduced the amount of single-use plastic they use, but there is still a lot of work to be done. Things such as picking loose fruit and veg and not plastic wrapped produce, using paper stemmed cotton buds, reusable food wrap instead of cling film and switching to bamboo toothbrushes are all ways to reduce your plastic consumption.

New Year’s Resolutions do not always have to be radical changes to your everyday life, just small little things that you can do to make big impact on the world.